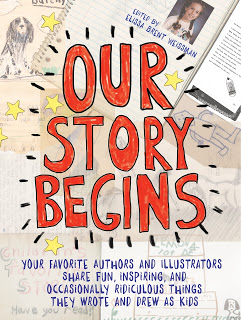 Look for “Dreams to Write” in Our
Story Begins: Your Favorite Authors and Illustrators Share Fun, Inspiring,
and Occasionally Ridiculous Things They Wrote and Drew as Kids, edited by Elissa Brent Weissman (Atheneum, 2017).

“Mooning Over Broken Stars” appeared in Girl Meets Boy, edited by Kelly Milner Halls (Chronicle, 2012). The story is a companion to one by Joseph Bruchac.

“The Wrath of Dawn,” co-authored by Greg Leitich Smith, appeared in Geektastic: Stories from the Nerd Herd, edited by Holly Black and Cecil Castellucci (Little, Brown, 2009).

“Cat Calls” appeared in Sideshow: Ten Original Tales of Freaks, Illusionists and Other Matters Odd and Magical, edited by Deborah Noyes (Candlewick, 2009). Note: it was re-released as a promotional free download by Candlewick in 2011. The story is set in the Tantalize–Feral universe.

“Haunted Love” appeared in Immortal: Love Stories with Bite, edited by P.C. Cast (BenBella, 2008). Note: it was re-released as a promotional free download by Candlewick in 2011. The story is set in the Tantalize–Feral universe. 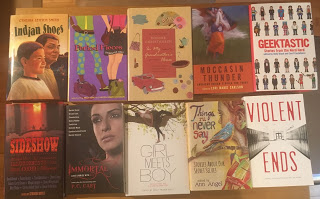 “Riding with Rosa” appeared in the March/April 2005 issue of Cicada magazine.

“The Naked Truth” appeared in In My Grandmother’s House: Award-Winning Authors Tell Stories About Their Grandmothers, edited by Bonnie Christensen (HarperCollins, 2003).