What role did books play in your childhood? What were your favorites? 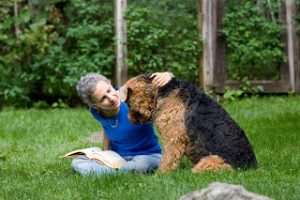 I had to share a room with my sister, who is five and a half years older than I am. We didn’t get along well, and I felt that I had no privacy. So books were my privacy, because no one could join me in a book, no one could comment on the action or make fun of it. I used to spend hours reading in the bathroom — and we only had one bathroom in our small apartment! As a kid, my favorite book was PETER PAN by James M. Barrie — the novel, not the picture book or the movie. I also liked everything Louisa May Alcott wrote and anything by L. M. Montgomery. And I loved A CONNECTICUT YANKEE IN KING ARTHUR’S COURT, HEIDI, BAMBI, and BLACK BEAUTY.

Who are some of your favorite authors today?

When did you first decide to become a writer? Were you a child who scribbled your own short stories, or was it something that came to you later in life?

As a child I didn’t want to be a writer, although I did like to write stories. I wanted to be an actress or a painter. I gave up the acting idea pretty early on, but I painted and drew for years. I was unhappy about it, though — because I was too self-critical. I’d hear a voice in my mind that would tell me I wasn’t any good and my work wasn’t any good. I became a writer after taking a class in writing and illustrating for children. During the class I discovered how much I liked to write — and how little I liked to illustrate. And I discovered that my negative, critical voice is quiet when I write, and I like my writing. I’ve since realized that the negative voice I used to hear was my internal enemy, the enemy of my creativity. I think lots of people hear a voice like that, and we all have to learn to tell it to shut up!

What inspired you to write professionally? Can you tell us a little bit about your path to publication?

I didn’t write professionally at first. It took me nine years to get anything published. At the beginning I mostly wrote picture books, which were rejected by every children’s book publisher in America. The first book of mine to be accepted for publication was ELLA ENCHANTED, and not one but two publishers wanted it. That day, April 17, 1996, was one of the happiest in my life. Nowadays, when I visit schools, I often read my worst rejection letter to the kids. That letter, which made me miserable at the time, no longer has the power to hurt me. Nowadays, it’s now a prized possession, a symbol for never giving up.

What are the greatest challenges to you as an author?

The hardest part is the first draft. While I’m writing it I feel like I’m in prison, in an iron cell with no windows or doors, and I have no ideas. Then I notice a little condensation on a wall. I scrape the moisture up, and that’s an idea. I write it down and keep going, scraping up ideas when they appear. But when the first draft is done, the walls come down, I take a deep breath, do a little dance of celebration. After that, it’s clear sailing. My job then is just to make my story better.

Have you always been attracted to fairy tales? What inspires you to twist such stories in your retellings?

I’ve always loved fairy tales. I read lots of them as a kid, and I own many of the volumes in Andrew Lang’s series, THE GREEN FAIRY TALE BOOK, THE BLUE FAIRY TALE BOOK, THE BROWN FAIRY TALE BOOK, THE SKY-BLUE-PINK FAIRY TALE BOOKS. There’s never a dull moment in a fairy tale, and they’re always about important stuff — greed, jealousy, death, love, courage, kindness. Sometimes I like to twist them. For example, the fairy tale TOADS AND DIAMONDS didn’t get it right, in my opinion. I don’t think the prince would fall in love at first sight with the kind sister. I think he’d be much more likely to fall in love with the jewels coming out of her mouth, so that’s the way I wrote it in THE FAIRY’S MISTAKE. Sometimes I just open the story up and enlarge on it without doing much twisting. In PRINCESS SONORA AND THE LONG SLEEP, which is my retelling of SLEEPING BEAUTY, I wondered what it would feel like to be a baby and receive a fairy gift. And I wondered what kind of person would brave a wicked-looking hedge to find a princess he’s never met.

What, if any, effect on you and your writing did receiving the Newbery Honor recognition for ELLA ENCHANTED?

The Newbery Honor had more effect on life than on my writing, I think. It offered me many opportunities to travel to schools and conferences. It made me known, so now there’s an audience for my other books, even when they don’t also win such terrific recognition. That’s the biggest effect, and the most wonderful.

Your most recent book, THE WISH, has a realistic, contemporary setting. What opportunities and challenges did this present to you as a writer?

THE WISH is about popularity in the eighth grade, and I was never in the eighth grade. I was in a special program and skipped eighth. But I had a bad, unpopular tenth grade, and that was the basis of my book, which is 99.9% fiction. One of the events in the book is based on fact. Reggie, the fictional Airedale, is based on our former Airedale Archie, and the accident Reggie has at a critical moment is a modification of something that really did happen. I don’t have kids, and I rarely watch TV, and it’s been a long time since I was fourteen, so I had to research being an eighth grader. I spent a day following an eighth grade class around, and I asked a lot of questions. I also interviewed several kids about their hobbies, their classes, their opinions on popularity.

How did THE PRINCESS TALES come to be? Did you always envision them as a series, or did a single title simply inspire more?

After ELLA ENCHANTED was published, I submitted some of my old, much rejected picture books to my editor. She liked one, which was then called TALK IS CHEAP? But she thought it should be a short novel, rather than a picture book, and she asked me to do three more. That picture book turned into THE FAIRY’S MISTAKE, and that’s how the series got started. Right now I’m working on a fifth book, which is based on a little known fairy tale called PUDDOCKY. It’s about a girl who gets turned into a toad, and puddocky is an archaic word for toad.

Could you share with us a bit of the personal history behind DAVE AT NIGHT? Can we expect to see more historical work from you in the near future?

My father grew up in an orphanage. I knew this when I was a kid, but he wouldn’t talk about it, which made me curious. So I made up my own version of my father’s childhood. It’s entirely fiction, but I think the character of Dave is somewhat like my father. And I think that the friendship, the intense bonding, among the boys must be close to what happened. My father was a very happy man, the most joyous person I’ve ever known, and to be that happy, I think there had to have been people who cared about him and about whom he cared. DAVE AT NIGHT is my favorite of my books, because of its connection to my family and because of the fascinating things I learned when I researched the period, which was important to New York City history and to African-American history. There won’t be another historical novel in the near future, but I hope there will be another. I plan to interview some of the people who are still alive who lived in the orphanage (and who are willing to talk about it), and maybe another book will grow out of that.

What’s up next for your fans? 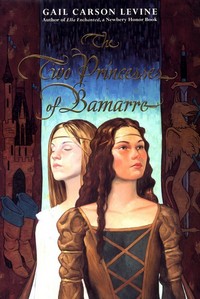 I have a new novel coming out in the spring, an original fairy tale novel called THE PRINCESSES OF BAMARRE. This one is aimed at somewhat older kids than my other books, probably ten and up, and HarperCollins is hoping to get some adult crossover readers as well. The book is about the kingdom of Bamarre and about two sisters who love each other very much. One sister is brave and the other is fearful. Bamarre is beset by five evils. Four of them are monsters — ogres, gryphons, specters, and dragons. The fifth evil is a disease called the Gray Death, which is always fatal. One sister catches the disease and the other sets out on a quest for the cure. Woven through the story is an epic poem about a hero named Drualt. Here’s a stanza—

I hope lots of people will read the book and love it!