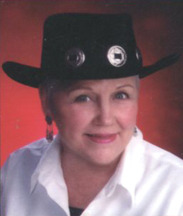 OLA’S WAKE is dedicated to your mother for having inspired the book. Can you share with us a bit more about the history behind that dedication and your inspiration?

In her later years, my mother moved back to the Ozarks. I visited her there where we walked in the woods and dug in the garden. She recognized plants and edible mushrooms and tried to teach the names to me. Sometimes on our walks we would come upon a willow tree. She would pull down a sturdy but pliable limb and tell me to climb on. It served as a one-sided see-saw that she and her brothers entertained themselves with during their childhood.

In OLA’S WAKE, young Josie travels with her mother Ginny to the funeral of a great-grandmother who Josie had never met. She connects to Ola, however, through stories and those qualities they have in common. Can you share with us the considerations you weighed in constructing this thoughtful novel, comprised in great part by one story after another?

The idea for Ola’s Wake came to me about ten years after Mother died. It was at her wake where a friend of hers asked if Ola had ever told me about the time they went berry picking and a bear got after them. I had not heard the story, but the woman told the story that is in the book. I just fictionalized it, but it’s true. The other stories came back to me one by one as I started writing the book; some are exaggerated but true. I tried to fit them into the natural time period that Ginny and Josie were reminiscing and learning about Ola.

In the story there is some tension between Josie and another young character named Sara. Can you tell us a little bit about their relationship and how it is important to the story?

Sara is a fictional character created to increase Josie’s desire to know Ola. Josie is jealous of Sara because Sara knows her great grandmother better than she does. The two girls were needed to build interest for young readers.

Is Josie anything like the girl you were at her age? How would you describe yourself to young readers when you were their age? What was your life like?

Josie may be my counterpart for as a child I did sulk at times. I remember on a trip to Catalina Island my mother took a snapshot of me standing on the top deck of the boat with my younger brother who is smiling so sweetly and I’m frowning because I didn’t get my way about something. Also, my mother and most of my friends were prettier than I, and I was well aware of it ­ mousy hair, skinny legs and no particular talent. My mother and daddy met in California, married, had me, then returned to Fort Worth, where I went to school and college.

What sorts of books did you enjoy as a girl?

I’m sorry to say that I didn’t read as a child. Later when I was a teenager, I snuck out True Confession Magazines; but I didn’t really read books until I graduated from high school. I keep a record now and I’ve read about a hundred books this year including Toni Morrison, Maya Angelou, J. California Cooper and many Newbery winners.

What books are your favorites today?

I’ve enjoyed so many books it’s difficult to say what I liked best. WHIRLIGIG by Paul Fleischman stands out because the character must prove himself worthy; RULES OF THE ROAD by Joan Bauer because it portrays a young girl who wants to do things the right way, not be sluggish in her work. I liked Marion Bauer’s SHELTER FROM THE WIND. It has a great hook and I learned about birthing puppies. I love Barbara J. Esbensen’s poetry ­ I could dance to it.

What inspired you to begin writing for children?

I became interested in writing after attending a writing workshop at Southwest State in San Marcos. It looked so easy and I had a flair for writing, which I discovered while working on my master’s degree. I wrote many vignettes, which I leaned weren’t really stories, and stories weren’t easy to get published.

Could you tell us about your own path to publication?

I pulled ideas from my own background and from students that I taught. I bought a computer, wrote reams of children’s novels and deleted them almost as soon as I got them in the computer. Somehow the delete key was my enemy until I learned better. I actually prayed to be able to write and I did; later I realized that I might need to pray to write something good enough for publication. After writing and submitting manuscripts for about 18 years and publishing short articles and stories, I finally had two books accepted in the same week ­ GIRL ON THE BLUFF and OLA’S WAKE. GIRL was submitted more than 20 times before reaching the right editor. OLA was an unsolicited ms that found its way to Christy Ottaviano at Henry Holt the first time out.

Can you share some of the responses from children to your writing? Adults?

One young reader commented on GIRL that she usually puts a book back if it doesn’t grab her right at the beginning, but she read mine all the way through. Another comment from a mother who read to her children so they could more easily share GIRL was that the children sat on the edge of their chairs while reading the “smart-aleck” story. The most rewarding are comments from young people who want to become writers after hearing me talk or reading my books.

For you, what is the hardest part of being an author?

The hardest part in writing for me is sticking to a plot or figuring out one in the first place. Marketing is difficult; it takes so much time, but it’s most important when one doesn’t have an agent.

I love having characters come alive and for readers to think that my creations are all true.

Where do you work now? How is the room conducive to productivity?

My workplace is my son’s former bedroom. I have bookshelves on two walls; an old door resting on single filing drawers and milk crates is my main desk with printer, computer, scanner and a typewriter that doesn’t work well. I have another table with stacked-up files and a paper cutter on it, and an old school desk with my personal business. I have two large windows overlooking trees and birds and squirrels, but I keep the blinds closed when I’m writing. 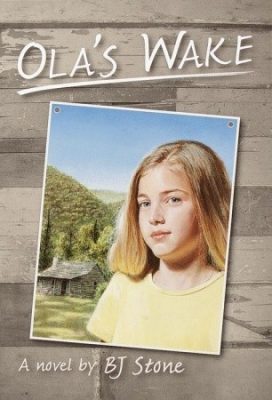 Do you have any future children’s books in the works? Can you tell us anything about them?

Currently I’m working on a YA novel which my editor said was a “gem of an idea”. I hope that when she reads the entire ms, she will still like it.

What advice do you have for aspiring young authors (children and teens)?

Aspiring young authors must read books similar to what they want to write. Than write often ­ in journals, diaries, write letters, keep records especially on trips. They should find out who accepts writing from young people and send mss in.

How about for grown-ups seeking to break into publishing?

The same advice for adults aspiring to write is the same as for children. Read, read, read. Then write everyday to get the words flowing. It takes a long time to learn what editors want. Don’t be afraid to submit mss and don’t be discouraged when they are rejected.

Perseverance is the key word.