Cynthia Leitich Smith is best known as an author of fantastical and realistic fiction for young readers.

She is the New York Times and Publishers Weekly best-selling author of the award-winning Tantalize series, Feral trilogy, and Hearts Unbroken.

These novels were originally published by Candlewick Press in the U.S., Walker Books in the U.K. and Australia/New Zealand, and additional publishers around the globe.

She is also the author of several award-winning Native children’s books, including Jingle Dancer, illustrated by Cornelius Van Wright and Ying-Hwa Hu; Rain Is Not My Indian Name and Indian Shoes, illustrated by Jim Madsen; all published by HarperCollins.

Cynthia was named a Writer of the Year by Wordcraft Circle of Native Writers and Storytellers in recognition of Rain Is Not My Indian Name. She is an enrolled tribal member of the Muscogee (Creek) Nation and is a member of the Honorary Advisory Board of the We Need Diverse Books nonprofit organization.

She was
named the first Spirit of Texas Young Adult author by the Young Adult Round Table of the Texas Library Association and the first young adult author to be honored with the Illumine
Award by the Austin Public Library Friends Foundation.

The Austin chapter of the Society of Children’s Book Writers and Illustrators also instituted the Cynthia Leitich Smith Mentor Award in her honor.

Cynthia is a popular writing teacher, serving on the faculty of the Vermont College of Fine Arts MFA program in Writing for Children and Young Adults and leading workshops hosted by, for example, SCBWI chapters, the Highlights Foundation as well as Writing and Illustrating for Young Readers. 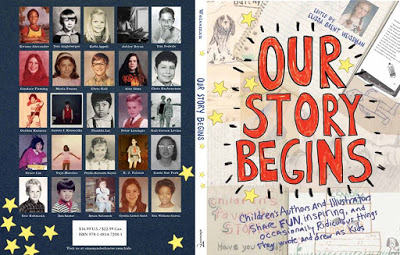 Cynthia has written several essays, poems and short stories. These include:

Cynthia’s website at www.cynthialeitichsmith.com
was named one of the top 10 Writer Sites on the Internet by Writer’s
Digest and an ALA Great Website for Kids. Her Cynsations blog at cynthialeitichsmith.blogspot.com/ was listed as among the top two read by the children’s/YA publishing community in the SCBWI “To Market” column.

School Library Journal said of Cynsations, “If you read only one blog, this is it!”

Cynthia was born in Kansas City, Missouri. Her previous states of residence are: Missouri, Kansas, Illinois, Michigan, and Oklahoma.