DEAR MR. HENSHAW by Beverly Cleary (Morrow, 1983). While writing to his favorite children’s book author, Leigh deals with his parents’ divorce and being the new kid at school. Ages 8-up.

KISSING BRENDAN CALLAHAN by Susan Amessé (Roaring Brook, 2005). Sarah wants to be a writer. She wants to enter a local writing contest, judged by her idol–romance writer Antonia DeMarco, and she wants to win first place. Unfortunately, her just-the-facts mom says she’s ineligible to enter and has a less-than-stellar opinion about Antonia herself. But Sarah has a solution, a pen name, and an offer to act as Antonia’s assistant. What’s more, she has inspiration in a certain Brendan Callahan. A comedic story of a young girl with a dream. Ages 10-up. More on this title from Cynsations.

WHAT DO AUTHORS DO? by Eileen Christelow (Clarion, 1995). In this story, the children’s author-illustrator is inspired by her cat, Max. Ages 5-up.

Author Interview: Louise Hawes on THE LANGUAGE OF STARS from Cynsations. PEEK: “In 2008, I stumbled on a newspaper article about a group of Vermont teenagers who’d been caught throwing a party in the historically preserved summer home of Robert Frost. They’d vandalized and set fire to the place, but few of them were over eighteen.”

The following titles are crowd-sourced from my social media followers. She hasn’t read them (at the time of posting), so consider this a springboard for your own research and reading selections.

AUTHOR’S DAY by Daniel Pinkwater (Macmillan, 1993). From School Library Journal: “Most libraries will welcome this selection, and schools where author visits are common will find it a useful preamble to the inevitable pitfalls of a perfectly planned day.” 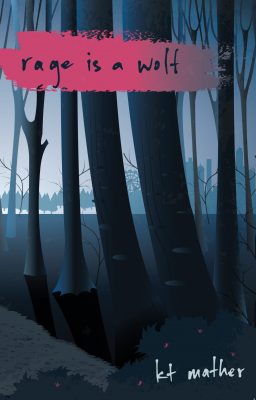 SKULLDUGGERY PLEASANT series by Derek Landy (HarperCollins). PEEK: “Stephanie’s uncle Gordon is a writer of horror fiction. But when he dies and leaves her his estate, Stephanie learns that while he may have written horror, it certainly wasn’t fiction.”

RAGE IS A WOLF by K.T. Mather (Whiskey Tit, 2020). From the promotional copy: “…the biting, hilarious story of a teenage girl trying to answer life’s questions–Is not telling your best friend something the same as lying to her? Can you have a crush on more than one person? Why is the movie Aliens so perfect? What’s the point of sex? What’s the point of life? Can one person change the world? Can a story? Can love?”