In this video from Reading Rockets, Rudine Sims Bishop, professor emerita from Ohio State University, speaks on Mirrors, Windows and Sliding Doors as metaphors for diversity in children’s-YA literature. 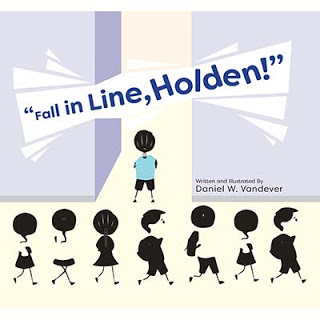 Check out this author-illustrator interview video with Daniel W. Vandever on Fall In Line, Holden! by Tyler Mitchell from Salina Bookshelf. From the promotional copy:

Fall in Line, Holden! follows Holden, a young Navajo boy, through his day at boarding school.


Although Holden is required to conform to a rigid schedule and strict standards of behavior, his internal life is led with imagination and wonder.


Whether he is in art class, the computer lab, or walking the hall to lunch, Holden’s vivid imagination transforms his commonplace surroundings into a world of discovery and delight.


Explore the world through Holden’s eyes. Join him for the day, and celebrate the strong spirit of a boy who rises above the rules surrounding him.

Check out these videos from debut author Angie Thomas on The Hate U Give (Balzer + Bray/Harper Collins, 2017). Peek: “I was inspired to write the novel in 2010, right after the Oscar Grant case…I wanted a way to find hope and I wanted to show the human side of all these cases. I look at books as being a form of activism because a lot of times, they show us a side of the world that we may not have known about.”

The Hate U Give received a starred review from Kirkus. Peek: “Thomas cuts to the heart of the matter for Starr and for so many like her, laying bare the systemic racism that undergirds her world, and she does so honestly and inescapably, balancing heartbreak and humor.” It’s also received starred reviews from Publisher’s Weekly, Booklist and School Library Journal.

A Discussion Guide is available for teachers.


Angie Thomas was born, raised, and still resides in Jackson, Mississippi. She is a former teen rapper whose greatest accomplishment was an article about her in Right-On Magazine. She holds a BFA in Creative Writing from Belhaven University. The Hate U Give is her first YA novel.

“…upon occasion, our histories are bound by peace and wonder as people of the planet Earth, looking up as we did on one night in the summer of 1969.

“In spite of some current rhetoric, very few of us on this soil can claim a separate and sole history. We are a joined people. Let’s keep looking up.” 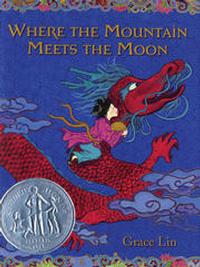 “What your child reads sets the path for their own self-worth as well as how they see others. Grace Lin is a children’s book author/illustrator whose book, Where the Mountain Meets the Moon (Little, Brown), received the Newbery Book Honor. She shows how the books that are not on your child’s bookshelf are just as important as those that are.

“Grace is an author and illustrator of books for children and teens. Where the Mountain Meets the Moon was a NY Times Bestseller and a Newbery Honor Book. Ling & Ting, was honored with the Theodor Geisel Honor.

“Grace’s books typically focus on the Asian-American experience. She believes, ‘Books erase bias, they make the uncommon every day, and the mundane exotic. A book makes all cultures universal.'”

From Book View Now: “Host Rich Fahle talks with children’s authors Kathi Appelt and Alison McGhee about their book, Maybe A Fox (Atheneum, 2016) at the 2016 L.A. Times Festival of Books.

“[Children’s author] Linda Sue Park talks about how books provide practice at responding to the unfairness in life, and how empathy for a book’s characters can lead to engagement in ways that have significant impact in the real world.

“Linda Sue Park is the author of many books for young readers, including A Single Shard (Clarion, 2001), winner of the 2002 Newbery Medal, and A Long Walk to Water (Clarion, 2010), on the New York Times bestseller list for more than two years. She has traveled to 46 states and 16 countries to talk to audiences of all ages about books, reading, and writing.”