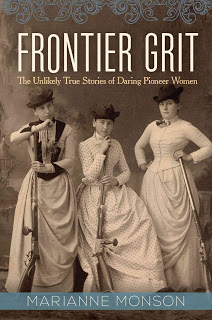 
Up until the publication of my most recent book, Frontier Grit: The Untold True Stories of Pioneer Women (Shadow Mountain, 2016), I’ve primarily considered myself a young adult fiction writer.

When my editor asked me to take on this project, I protested that I wasn’t a historian, but she insisted that she wanted the book to have a strong narrative voice. The concept she proposed was a collection of pioneer biographies with particular relevance to contemporary society. I accepted the project with the caveat that I be able to define a “pioneer” as a historical woman who explored beyond the boundaries of her own culture, thereby allowing the inclusion of Native American and Mexican American perspectives, which don’t often appear in a genre dominated by westward expansionism.

Though I have always been fascinated by pioneer history and had written two historical fiction novels set in the time period, the transition from YA novel to adult non-fiction required adjustment. Surprisingly, one of the least painful aspects was being required to document my sources. I’ve long wished for an uncluttered way to do exactly that in a young adult novel, so the ability to use a footnote without interrupting the text offered great relief.

Inevitable gaps in research proved more problematic, however. In a novel when I come across something research can’t resolve, I invent an informed, likely detail to suit the story’s needs; this practice is not so encouraged in adult non-fiction, of course. Faced with occasional contradictory sources, I took refuge in explanatory footnotes where I simply explained the varying points of views.

One challenge I didn’t expect was that writing about real women left me with a daunting awareness that I was presenting a person’s life. Though I tried my best to be true to the facts, I also wanted to stay true to the values that each woman herself found most important. For example, as I struggled to fit the lengthy, incredible life of Donaldina Cameron (a woman who fought the sex trafficking of Chinese girls in San Francisco for forty years) into one chapter, I initially included a fair amount about her love life (because, hey, for both YA and adult readers, romance is fun). But as I worked my way through revisions, I found myself paring back the romance, and then paring it back once more.

With additional room in the chapter, I was able to include the story of an abduction of one of Donaldina’s girls by a criminal ring aided and abetted by local officials instead. Though I have no proof, I believe Donaldina would have been pleased with my revision. After all, in her older years she loved to tease, “I am glad I did not settle for matrimony. If I had my life to live over again, I’d do it the same way. Only I’d be better prepared.”

I also wrestled with trying to understand how the voice of the book would be different targeting adult readers, rather than young adults. During the course of researching Donaldina’s chapter, while considering this question, I visited the building where she lived and worked for forty years. The bricks of the building’s façade are warped and twisted, charred remnants of the great San Francisco earthquake and fire of 1906—a fire Donaldina braved twice—once to bring her girls to safety, and once, later, when she returned to rescue their records.

Some buildings are haunted by the presence of the lives they once housed, as if portions of their being has seeped into the very walls. The Cameron Home is such a place. Walking across scratched hardwood floors; marveling at the secret cupboards where girls were hidden for their protection; walking the length of the stage where young actors once performed plays for Theodore and Eleanor Roosevelt—all of it was like spending an afternoon in Donaldina’s presence. 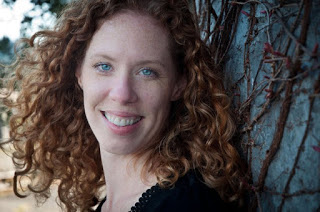 As I strived to listen to the silent spaces between the walls, in order to tell her story with greater truth, I grew aware of the myriad ages who had lived within that space, and the concern over the lines between young adult, fiction, and non-fiction at last dissolved. Left behind was simply an awareness of story and the storyteller’s duty to reveal it—a reminder to tell each tale in a way that the intended audience, no matter the age, is beckoned close to the fire.

Marianne Monson is the author of nine books, including a picture book about fairies, a YA novel, a chapter book series, and the recently released: Frontier Grit: The Untold True Stories of Daring Pioneer Women. She teaches Creative Writing at Portland Community College.