“Writing is a solitary occupation and one of its hazards is loneliness.” – Joyce Carol Oates

“The writing life is essentially one of solitary confinement.” – Will Self

Solitary, lonely, antisocial – except for when it’s not.

Most of us choose to write partly because we don’t mind (read: are desperate for) some alone time. But even antisocial writers wearing sweats and old socks know that sometimes, two heads are better than one.

A few years ago, we were agent-mates with a mutually gushy appreciation for each other. Before long, we became accountability and commiseration partners. Then one day, our agent (Erin Murphy) said something about the two of us having a book baby together, and we were off to the races.

A lot of collaborators are married folks who write together over the kitchen table. Our method is more platonic and long distance. Wondering how that works?

Well… here are a few FAQs!

This is what we do do:

One of us gets a brilliant idea and tosses it out to the other over email. It’s generally received with great enthusiasm because we’re game like that. Next comes maybe a title and a few lines in a Word doc – a beginning. And from then on, we’ve both got full-on freedom to make of the manuscript what we will. We take turns adding, omitting, and rearranging lines and phrases – without permission, explanation or conversation.

Several days or weeks later, twelve or twenty-two drafts later, we have this shiny new thing that is neither hers nor mine, but ours. 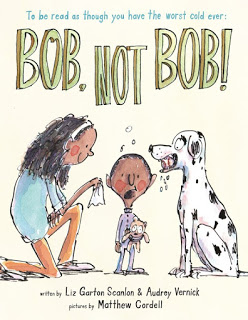 And here’s one of the great and unexpected results of this practice: Somehow, we both find it easier to love that final product – maybe because we’re a little less hard on each other than we are on our own solo selves, maybe because someone else did half the work, or maybe just because we had such a good time all the way along.

Even still, lots of our originally brilliant ideas end up on the cutting room floor. Which is why we’re particularly tickled to be celebrating the debut of Bob, Not Bob (Disney-Hyperion, 2017), illustrated by Matthew Cordell today. (Dear Substitute, illustrated by Chris Raschka, follows next year, also from Disney-Hyperion).

Now, who wrote what bits of those books – or what bits of this post? We wish we could stay to reveal that but we’ve got to back to our solitary, antisocial efforts now.

Thanks for having us!


Bob, Not Bob received a starred review from Publishers’ Weekly. Peek: “Scanlon and Vernick
understand the way that being sick makes kids need comfort that they don’t usually need, how it makes them unrecognizable even to themselves, and the comfort a mother’s presence brings. Every page offers a giggle.” 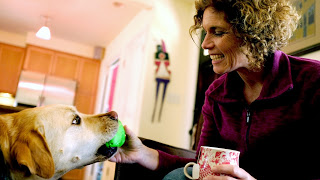 Liz Garton Scanlon is the author of numerous beloved books for young people, including the highly-acclaimed, Caldecott-honored picture book All the World (Simon & Schuster, 2009), illustrated by Marla Frazee, and her debut novel for middle grade readers, The Great Good Summer (Simon & Schuster, 2015). She is a poet, teacher, and presenter at schools, libraries and conferences and a faculty member at Vermont College of Fine Arts. She grew up in Colorado and Wisconsin, and now lives with her husband and two daughters in Austin, Texas. 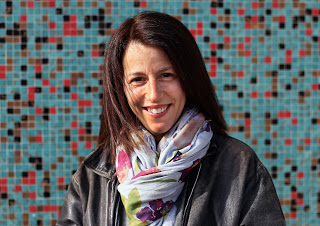 Audrey Vernick is the author of books for young readers, including the award-winning Brothers at Bat: The True Story of an Amazing All-Brother Baseball Team (Clarion, 2012), illustrated by Steven Salerno and the acclaimed novels Two Naomis (Balzer + Bray, 2016), co-authored by Olugbemisola Rhuday-Perkovich, Screaming at the Ump (Clarion, 2014) and Water Balloon (Clarion, 2011). She has also published more than a dozen picture books and speaks at conferences and elementary schools around the country. She lives near the ocean in New Jersey with her family.