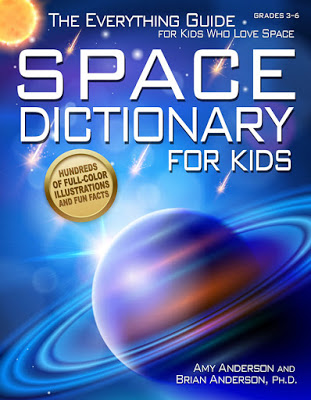 Have you ever wondered why the spacecraft that carried the first U.S. astronaut into space in 1961 was named the Freedom 7? Was George Lucas already planning six prequels, or what?

When my daughter Amy turned 21 years old in July 2014, she was doing summer research in astrophysics at Baylor University. Her birthday coincided with a stargazing party at Meyer Observatory, so I offered to make a piñata and have the star party double as a birthday party.

I started making custom piñatas when Amy was five years old, and over the years her birthday party piñatas had grown increasingly elaborate.

“How about a black hole piñata,” I joked. I imagined one round balloon, decorated all black. She would never agree to that.

I knew right away something was wrong. I told her nothing escapes the gravity of a black hole, not even light. It’s just a black dot in space. That’s when she told me about accretion disks and X-ray emissions and Hawking radiation. Apparently, I had a lot to learn about black holes, and now I also had a challenging piñata to make. 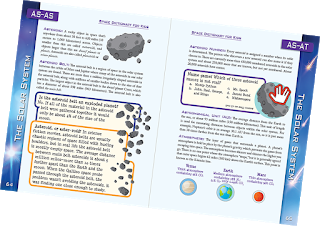 The following summer my friend and fellow Austin children’s book author Christina Soontornvat told me that Prufrock Press was looking for an author to write an astronomy dictionary for kids.

Christina and I are both science educators as well as children’s book authors, and she thought I’d be perfect for the job. But after the way that black hole piñata joke backfired on me the summer before, I knew I didn’t know enough astronomy to write a book about it.

But I knew someone who did.

Amy had just graduated from college and was taking the summer off before starting graduate school in the fall.

When I suggested we write it together, her first question was the same as mine – isn’t there something like this already available online for free?

Her search turned up the same thing mine had: some highly technical glossaries that were clearly not intended for kids, and a scattered collection of incomplete and sometimes incorrect astronomy glossaries for students.

My nine-year-old self was screaming at me that space-loving kids needed this book. Amy felt the same way, and agreed to help write it. We have liftoff!

We compiled a word list of about 450 terms, grouped them into five subject areas, then dived into researching and writing.

The fact that Amy understood the science content much better than I did is part of the reason our collaboration on Space Dictionary for Kids (Sourcebooks, 2016) worked so well. She brought content mastery and I brought a learner’s perspective.

Together we were able to create an astronomy dictionary that’s both scientifically accurate and understandable to young readers. 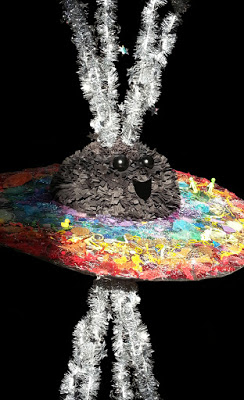 Collaborating with my daughter will always be one of the highlights of my writing career, and Amy taught me a lot of astronomy along the way. I finally understand retrograde motion!

I already knew quasars were the brightest objects in the universe, brighter than an entire galaxy of stars, but until I started working with Amy I never knew exactly what a quasar was. And I also learned (a little too late) that I should have offered to make Amy a black dwarf piñata instead of a black hole piñata.

To answer the opening question, each of the Project Mercury astronauts, known collectively as the Mercury 7, was allowed to name the ship that would carry him into space, and each ship’s name would end with the number 7. In addition to Freedom 7, the other Mercury spacecraft were Liberty Bell 7, Friendship 7, Aurora 7, Sigma 7, and Faith 7. If you’re keeping score, you probably noticed that that was only six. To find out what happened to the seventh Mercury astronaut, flip to page 144.