Reflecting on your personal journey (creatively, career-wise, and your writer’s heart), what bumps did you encounter and how have you managed
to defy the odds to achieve continued success? (Mention the year your first book was published.)

My first book – Thirsty, a vampire novel (Candlewick) – came out in 1997. YA was a very different world then. It was an obscure, niche field within children’s trade publishing, which focused on the picture book.

Commercial success was basically impossible for YA books, except in the case of mass-market tween series, and even those series weren’t yet as profitable as they would become. YA wasn’t a place for the ambitious to go. It was really pursued for the love of the craft and out of love for the audience.

That really changed around the turn of the millennium, and I think my career rode on that wave of expansion. My first two novels were published in the somewhat quieter, more parochial world of YA as it had been … but by my third novel, the dystopian satire Feed (Candlewick, 2002), the industry had exploded into the public view. I was a beneficiary of that explosion.

The first bump I hit was after the 2008 crash. Suddenly, the market contracted. Several things assaulted the publishing industry simultaneously: as the economy went into deep recession, consumer spending dropped; library funding fell through the floor; and ebooks began decimating hardcover revenues. The income structure for books had really relied on hardcover sales, especially to libraries, and increasingly, libraries had less to spend on collection development.

At the same time, the number of titles published had gone through the roof, so each individual book was less likely to attract attention. At the corporate level, publishers and their parent companies were all staggering around like the wounded in a B horror-movie, tripping all over each other and, in fact, merging and disintegrating in new and bizarre combinations. 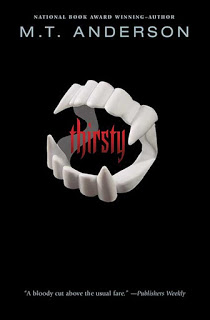 I had the same experience many people had during this period – and I want readers to know that even now, this experience is not unusual: the awful experience of watching books you love and have worked on with pride and pleasure slipping through the cracks.

In the midst of all the mergers, the firings, and the rapid staff turnover, many publishers’ marketing and publicity teams simply were not promoting a lot of the titles on their list. Communication between marketing and publicity departments – which are, somehow, separate at some companies – was nil. There were no thought-through strategies for promotion, and a lot of opportunities were missed.

One example: I had a publisher spend a lot of money to create some photo-ops for me – and then accidentally neglect to send the photos anywhere. I ended up feeling guilty because they’d wasted money paying for my travel. I hate self-promotion anyway, and wasting my publisher’s resources made my teeth hurt. But that kind of snafu was not unusual.

At the time, I was working on two lighter, younger teen series. In both cases, the first books had sold well. But after the crash, the sales plummeted. The same thing was happening to everyone around me, as we all clamored for attention from ever smaller marketing and publicity staffs.

You should know that everyone complains about that kind of neglect at some stage of their career. To some extent, it has become the new normal in a bloated and competitive industry.

That doesn’t make it any easier, emotionally and artistically. This is a book you crafted lovingly! You’ve lived with it for years, fostering its growth. Then it’s out in the world and can’t seem to get any traction. And worse, writers often blame themselves when a project doesn’t sell – though the mechanics of what makes a book take off are mysterious to everyone.

Please know that many of our industry’s most famous authors have stories in which projects they loved and believed in foundered and disappeared, never reaching their audience. You can’t take it to heart. It happens to everyone.

You just never notice those forgotten chapters in other people’s careers because, well, they’re forgotten – so the successful, in hindsight, seem as if they’ve always been successful. 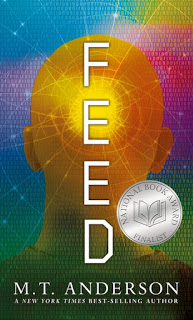 Believe in yourself. Believe in your work. And love your work from day to day – because that’s what’s going to make it worth it, regardless of a book’s fortunes in the wider world.

One practical suggestion for avoiding self-pity and self-flagellation: In general, I recommend working on several things in alternation. It makes sense from several standpoints: You can put one project on a back burner for a couple of months while working up something else, and that absence is often key to gaining new insight on your own work.

A side-benefit of this is that when a book comes out, you’ve already left it behind. You’re working on something else and surging toward a different goal. You can afford to be more indifferent, therefore, to setbacks for a previous project.

What a great moment for me to contradict my previous answer! One thing I was noted for, early in my career, was trying out very different genres – horror, rom-com, picture book biography, sci-fi, historical fiction, middle grade adventure, etc. I love challenges and confronting myself with a new task, a new mountain to climb.

When I was younger, I dove into each new project blithely. But I have discovered that variety also has a cost. Authors who work in the same mode or genre develop followings in a different way than those of us who hurl things out toward different audiences.

Would I do anything differently, though? I’m not sure I would. I loved each of the projects I worked on. While I was working on each one, it was my world. Each one engaged a different part of me, different skills. How could I want to give that up? That joy, and that sense of exploration and discovery? That’s part of what writing is about. 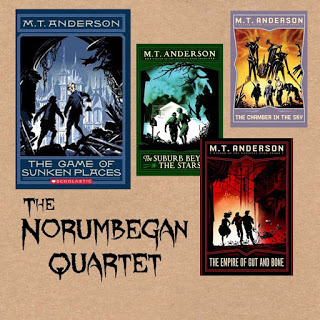 I talked about this a lot above, and I’d basically say that when literary historians look back at the early 21st century, they’ll see this period as a golden age for YA lit.

Sure, those of us in the thick of the industry might experience the present as something of a scramble – but now that the stakes (and, sometimes, the advances) are higher, we’ve attracted a lot of great talent to the field, people who otherwise wouldn’t have considered writing for teens.

I think that’s amazing – and if you’d asked me in 1995, when I was an editorial assistant, I would have said this extraordinary growth of the genre was pretty much impossible.

Oh, one industry factoid that young writers should know about: one of the reasons we became so profitable so quickly, as a sector – one of the reasons that corporate publishing licks their chops over our work – is that, believe it or not, our contracts dictate we receive proportionally smaller royalty cuts than writers for adults do.

That’s a hold-over from the days when YA publishing typically took a loss. So as YA sales exploded in the early 2000’s, and many more copies of YA books were being sold, publishers were making a few percent more on each book, too. (Money that, in the world of publishing for adults, would have gone to the authors themselves.) That meant giant profits, and YA came to seem even more delectable as a publishing investment.

All of this has contributed to making the genre so prominent in our national culture.

That is a tough one. The flip side of the field being rich with variety is that it is incredibly hard to break into it and to get noticed. I am a New Englander, and hate self-promotion. It makes my severe little Puritan soul shrivel. The only P.R. event I’m really comfortable with is sitting in a graveyard during a drizzle, reading to the slate stones.

I would say that social media helps some authors, but at this point, we’ve passed the apogee of that approach. We’re glutted with tweets.

What about joining these groups of people who travel together and promote together?

Readings when you’re a young author can be demoralizing, because only your friends come, and you’re a writer, so you don’t have many friends. But I know several young writers who have banded together and traveled together, creating their own little tour, taking advantage of personal connections instead of staying at hotels etc.

It’s more fun to travel as a group anyway – and then each of you is a draw for friends and relations, so you actually get respectable regional audiences. Thumbs up all around.

More wonderful books – and more books that break the mold and tell us about experiences we haven’t heard about yet. 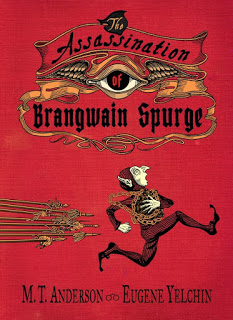 Well, for one thing, I’m working on a book for adults at the moment, which is fascinating and challenging.

In looking to the past and the future, I’ve noticed one common theme in my career: I have miraculously found a way to anticipate trends by just enough that I completely miss capitalizing on them.

So if you’re a trend-watcher, here’s a word to the wise: I’m thinking that in a couple years, there might be a run on Russian espionage nonfiction.

M. T. Anderson’s forthcoming novel, The Assassination of Brangwain Spurge, written with Eugene Yelchin, will be released in October 2018. It has been named to the 2018 National Book Awards Longlist in Young People’s Literature. M.T. was the 2006 award winner for The Astonishing Life of Octavian Nothing, Traitor to the Nation, Volume One: The Pox Party (Candlewick.)