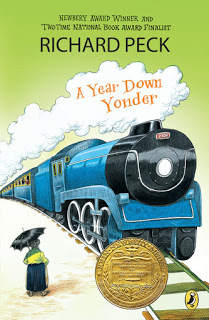 “In 2002, he became the first children’s author to win a National Humanities Medal. He won the Edgar Allan Poe award for his…YA thriller, Are You in the House Alone? (Viking, 1976) and he was a finalist for the National Book Award multiple times.”

“Peck credits his years in the classroom as the spark for many of his book ideas….he wrote in his autobiography [Anonymously Yours (Simon & Schuster, 1991)].

‘I went home to write or die…In those first quiet months, I learned that the only way you can write is by the light of the bridges burning behind you.’” 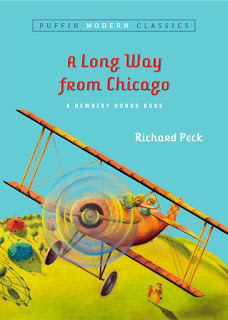 “Willing from the start to address social issues, his debut novel Don’t Look and It Won’t Hurt (Holt Rinehart & Winston, 1972) was a story of teen pregnancy, later adapted into the acclaimed independent film ‘Gas Food Lodging.’”

“Mr. Peck was an accomplished speaker who traveled extensively to promote his books and the importance of reading. He spoke at conferences, schools and libraries in nearly every state, gave writing workshops, and visited classrooms to meet the students he wrote for.”

I Love You, a Bushel and a Peck: Remembering Richard by Elizabeth Bird from A Fuse #8 Production. Peek:

“The remarkable thing about Richard is that he ended his literary career on such a high note. The Best Man (Dial, 2016) could well be remembered as Richard’s bravest and most personal work.”

“A coming-of age story about a young boy, it deals in part with the same-sex marriage of his uncle and his teacher.

“Around the time of its publication, the intensely private Mr. Peck publicly came out as gay.” 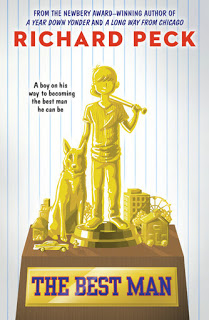 “I waited eighty years to write The Best Man (Dial, 2016) …when same-sex marriage legislation was implemented in my home state of Illinois. But have the youngest readers heard? There will be no word of it on the standardized test … I thought it was time for a story to open the door.”

“Peck spoke of the influences that made him a writer…

“‘I marched into kindergarten on the day Hitler marched into Poland, but I was better prepared than he,’ Peck said in his [SLJ 2016 Keynote] address. ‘I’d had a mother who read to me and that’s why I’m here today.’”