In children’s-YA writing, maintaining an active publishing career is arguably an even bigger challenge than breaking into the field, yes?

I would agree with that. Over these many years I’ve seen superstars come and go. And I do realize that some of that is just basic human nature—we all want to see who is the new best thing, right?

There are so many ways to interpret the old adage “chasing the dream.”

I feel fortunate because I’ve caught a few of those dreams, and in doing so, they remind me of how utterly grateful I am to be able to do this good work. But I also understand how ethereal it all is, how fleeting. And there are some days when I think that I’d be perfectly happy waiting tables again (although my back would probably resist).

It’s a conundrum in many ways. Those of us who have been around for a while know how difficult it is to stay in this world, but lately I’ve felt a real longing to slow it all down, do a little less chasing, and maybe at the same time, up the ante.

I still feel like my best work is yet to come. But that means—at least to me—less chasing and more contemplation. That would not have been possible even a few years ago when I was constantly on the road, teaching like crazy, trying to get my kids through college, working to make ends meet. 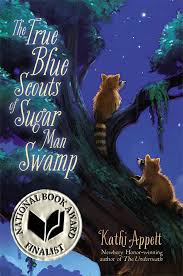 So, I’m able now to slow it down a bit, but at the same time I understand the crushing need to produce something that is relevant and worthy. At least I feel that need, especially in these super-charged times. It feels like the very soul of the world is at risk.

I’m constantly asking—what is my role here? How can my stories matter? What do I even have to say that can make a dent or a difference, especially because every morning since the election of 2016, I wake up wondering what major screw up awaits the new day? It’s paralyzing.

I’ve been telling people that my next book is going to be called “Things that Frolic,” and it will feature only leaping animals, like bunnies and baby deer and unicorns. It will have lots of rainbows and candy-apple trees.

Ish! Makes my teeth hurt, just thinking about it.

When the Twin Towers fell on September 11, 2001, I had an existential crisis.

By then, I had published a whole bevy of picture books, plus a collection of middle grade poems, and I had several works in the pipeline. I had a terrific team that I worked with—three editors and my long-time agent. I was super cozy.

But then, my father passed away, followed by my sweet little grandmother, and shortly after that those towers fell, and everything I was doing came into question (kind of like now, actually).

And my beloved team! My agent, Marilyn Marlow, passed away after a long bout with cancer. A week later, my editor Meredith Charpentier, died unexpectedly. Another of my editors left to work as a freelancer. I was heartbroken. Bereft. 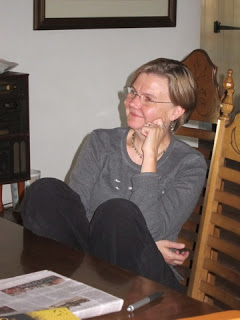 The very ground that I had been standing on shifted beneath my feet. I realized I was at a crossroads with my writing. There was that familiar cozy path that I knew so well, and that had supported me.

I could continue on that route. It was safe. I knew how to do it. There was a lot of reliability there, lots of encouragement. I could write rhyming picture books until the proverbial cows came home. I could write good-enough poetry, and even well-received nonfiction. I knew where my boundaries were, and how to exploit the territory within them.

But at the same time, I felt this kind of soul-ache. It wasn’t that I didn’t love the work I was doing or had done. I love all of my books. But at that moment, I felt like I needed to do something significant, even if it was only for me.

At that time, I met with my new agent, Holly McGhee, and she asked me, “Where do you want to take your writing?”

We always say, “write what you know.”

But we forget that eventually what we know can squeeze the life out of our work.

So, at first, I thought, okay, I’m going to write what I don’t know. And I realized that wasn’t exactly right either. What did that even mean? I don’t know anything about quantum physics, but I can guarantee you that I’m never going to write about them. 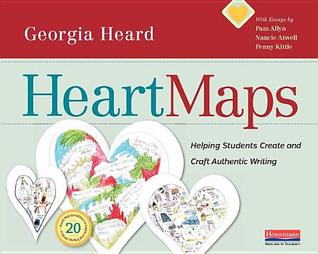 Serendipitously, I stumbled over Georgia Heard’s “heart maps.” So I got out a piece of paper and drew one, making all sorts of spaces on that map for the things that mattered to me. Then I drew another one, and another. They were so enlightening really. To actually see, in a visual way, the things that I loved. But with each one, I discovered that I had left a space that was unnamed.

Every time I drew a map, there was always an open, unlabeled space. I started calling that “the hole.” And for me, that hole was something I missed. Or someone I missed. Or some place or time that I missed.

It was, I discovered, where I needed to go. To dive into that place of missing, and find the story that was there. With The Underneath (Atheneum, 2008) I realized that I missed wild places, I missed my baby boys who were no longer babies, I missed the old dog that guarded me and my sisters when we were girls. So much missing. I confess that at times it was overwhelming.

And then, on a particularly rough day, my friend Tobin (M.T.) Anderson called me out of the blue, and in our conversation, he said, “you should always write what you think you can’t.”

I’ll never forget that because in that short sentence is the absolute permission to fail.

There is so much liberation in allowing yourself to fail! Once I gave myself that permission, it was like I hit the go button and couldn’t stop.

When Tennessee Williams was working on his first important play, “Battle of Angels,” he noted in his journal that he was working with “seven wild-cats under [his] skin.”

I’ve learned to love that feeling, that furious itch to get the words down, to put all that missing, all that longing, all that failure onto the page. I’m no Tennessee Williams, but I understand that compulsion to dive into the hole.

Another thing that saved me was my work as a faculty member at Vermont College of Fine Arts. Joining that esteemed group of writer/teachers gave me some grounding. They taught me so much.

Mostly, I learned that not everything was about me. My students forced me to be better, to be wiser, to be more circumspect and careful with our stories.

We are traders of stories. It’s what makes us fundamentally human—our stories. And so care has to be taken, both in the stories we write and the ones we read. The work was hard. But it was a necessary thing for me.

I would try to be less seat-of-the-pants opinionated. I believe that there are a lot of things I’ve missed because I saw (and continue to see) the world through my own set of privileged lenses.

As such, I recognize that there are so many things I’ve refused to see or hear, or actually that I couldn’t see or hear. Fortunately, I have people who love me and are patient. But is it their responsibility to rip off the blinders? I’m not sure. 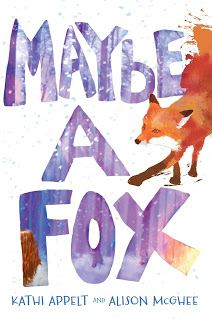 Obviously, there is still a resounding need for more stories by and about citizens of Indigenous Nations and people of color. One only needs to check the data to see that we are so far behind, especially when demographics are taken into consideration, and especially with Native/First Nations writers.

I am glad to see new, young and gifted, really genius authors claiming their place in the canon. It makes my heart happy.

And it scares me, too. In so many ways, it’s forced me to really examine the myriad ways that the “system” has failed all of us, that system that has created what Will Alexander calls “fallback norms,” in which we just assume that the nondescript hero is white. So, what challenges me is the necessary work of peeling off those layers that perpetuate the fallback norms, and finding a way past them.

I can’t help but wonder who I’m going to find underneath those layers—my racist Southern grandmother, my great-great grandfather who fought for the Union, my alcoholic father, my encouraging first grade teacher, my great-grandmother who died in childbirth at age 25, the wool rakers of my father’s family?

None of them were perfect, and neither am I. But I can’t deny their influence.

So this is my challenge, and I am so grateful to my inner circle of fellow authors who have been patient, who listen, who guide, who are working so hard to be sure that all of our children are represented in our books, and that all of them can see themselves as heroes, no matter their racial or ethnic make-up, their gender, their abilities…. 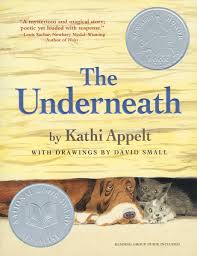 One day, long ago, I was having breakfast with a woman who had just traveled across the country by hitchhiking. Over eggs and bacon, she told this rather hair-raising tale about it all, and my response was a very trite, cliché “I can’t even imagine it.”

Her reply: “Imagine it.”

She said it with such force that it opened up something in me. It was like a directive, and maybe the truer meaning was: “don’t be a wimp, Kathi, imagine it.”

Do it. Don’t just sit there, saying you can’t.

She wasn’t a writer. I can’t even remember her name. We were with a group of other people at the table and I had never met her before. Never saw her again.

But I learned that day that possibly the best phrase in our lexicon is “imagine it.”

So, I would say to do that, to imagine it. Imagine it all. Dream it up, and do it in a big way.

You are built for this, made for telling stories.

If I could wave my magic wand, I’d wish for starred reviews and movie deals and cafeterias full of children all sitting crisscross applesauce, waiting to hear you read your books to them.

I’d wish for long signing lines, and great copy editors, and first class air tickets, and great friends to share your highs and lows with.

I’d wish for good cats, and long walks, and plenty of music. You know, things that frolic.

I’d wish that they could each know, even at a small level, how much love plays a role in all of this.

A unicorn would be sweet.

Tenth Anniversary Giveaway: Fifteen winners will receive an autographed paperback copy of The Underneath by Kathi Appelt (Atheneum, 2008). In addition, one Grand Prize winner will win a classroom set of 20 copies of the book, plus a 30 to 40 minute Skype visit for their school, classroom, or library with Kathi Appelt. Enter here!