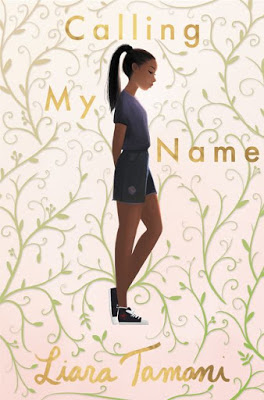 “In the early drafts, I had too many words. I had to learn to peel away every extraneous word and trust what the art would show.”

“Whenever I share my book and give a program, I walk a fine line between educating kids about this dark chapter of American history and trying to inspire feelings of hope for their lives and our country. It feels like, and is, a tremendous responsibility.”

Four Questions for Neal Shusterman by John A. Sellers from Publishers Weekly. Peek:

“After so much dystopian YA literature, I wanted to take a different approach to a futuristic story. What happens to us when we achieve all we want to achieve as a species, and attain a world without war, without poverty, without hunger or disease, and ultimately a world where we’ve conquered death?”

Kim Purcell, Author of This is Not a Love Letter, on the Fire Behind a Book from Adventures in YA Publishing. Peek:

“This was the book I had to write. A good friend disappeared two weeks before we graduated from high school…I think there was a fire behind this book, a heat, which gave me the passion to keep rewriting it.” 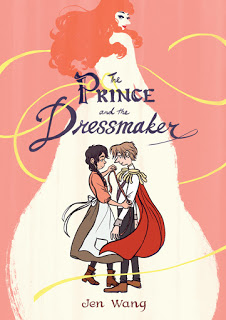 All Dressed up with Jen Wang by Julie Danielson from Kirkus Reviews. Peek:

“I couldn’t think of a premise that fit until I was watching ‘RuPaul’s Drag Race’ one day, and suddenly everything clicked. I’ve also wanted to do something fun, like a Disney princess movie but with more queer themes attached, and everything fell in line perfectly from there.”

Mermaids and Dressmakers, Gender and Fluidity by Elizabeth Bluemle from Publishers Weekly. Peek:

“Last week, one school principal contacted us in search of books about gender and asked for more suggestions. Her initial list had some great titles, and we were able to add some spectacular books from this season.”

“The responsibility of writers who write about characters of color, for example, is heightened because there are fewer books that represent these characters. Each of these books is received as true and broadly universal in a way that books about white characters are not.”

“…so many new, wonderful books have come out in the last year that I had to update my list with twenty-five more children’s books for African American History Month, which are listed below.”

Author of I Am Not a Number Speaks About Recent Controversy at South Slave School District from CBC Radio Canada. Peek:

“In an interview with Trailbreaker’s Loren McGinnis, the book’s author defended the importance of exposing young readers to honest accounts of Indigenous suffering in Canada.”

“One bright spot in 2017 was that publishing began to make strides–to be continued, for sure–toward publishing more books by marginalized voices. And if this list is any indication, 2018 will be an even more stellar year for your bookshelves (and mine!).” 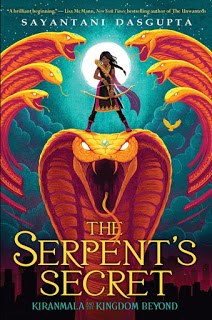 Nothing About Us Without Us: Writing #OwnVOices Fantasy in The Age of Black Panther by Sayantani DasGupta from MG Book Village. Peek:

“Middle grade (and YA) fantasy in particular has been far slower than other genres to make space for Indigenous and LGBTQIA heroes, heroes of color and heroes with disabilities. And yet, middle grade fantasy is the genre which is all about radical imagination…”

In Support of the Over-50 Writer by Hilda Eunice Burgos from Project Mayhem. Peek:

“…the Karen and Philip Cushman Late Bloomer Award, which is for authors over the age of fifty who have not been traditionally published in the children’s literature field….Over 50 is not too late to begin a writing journey–I was over 50 when my first book was published.”

My MFA in Writing by Luisa Perkins from Medium. Peek:

“But while I could see improvement in the quality of my work over time, I’d hit a wall — and I couldn’t figure out how to break through it. After yoga class one day, I confessed my frustrations to Julie Berry. She asked whether I’d ever considered an MFA.”

“Among a novelist’s chief challenges is that of determining what information to supply when and where: how to balance the desire to arouse suspense with the need to prevent confusion.”

The Art of Invisible Movement by Maggie Stiefvater from her blog. Peek:

“I believe in scenes that appear as Nothing scenes to the reader, but are actually full of invisible movement. I have a rule for myself — insofar as I do rules — that every scene should be doing at least two things.”

“people commonly do not change unless forced to do so. Even people who change due to some internal prompting, do so in the wake of a dark night of the soul, when some sort of personal reckoning wakens them to an internal peril.” 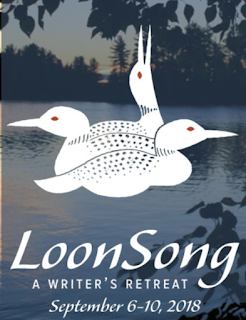 Check out Loon Song Writer’s Retreat. Note: Two retreats are scheduled for fall 2018, one for Native writers and one more general. Cynthia Leitich Smith is on the faculty of both. Peek:

“Imagine campfires on the beach, pontoon cruises with some of your favorite writers, casual meet-ups with a noted editor and agent in a setting so beautiful it will take your breath away.”

“Jen Loja, President, Penguin Young Readers, announced today the launch of Kokila (pronounced KO-ki-la), a new imprint which will be dedicated to centering stories from the margins with books that add nuance and depth to the way children and young adults see the world and their place in it.”

“Publishing and literary organizations are now trying to regain that trust. SCBWI has developed a detailed code of conduct that its conference faculty and attendees must agree to, established multiple avenues for reporting harassment, developed protocols for investigating harassment claims and defined sanctions for those found to be at fault.”

Dispatches from the Trenches: Pitch Wars by Joanna MacKenzie from Pub Rants. Peek:

“There were a handful of projects that got snapped up right away. These had the magic combination of stellar writing, pitch-perfect positioning, and a great hook/concept…I’ve been thinking a lot about what it was that made these project stand out. Here’s my take on the most successful offerings:” 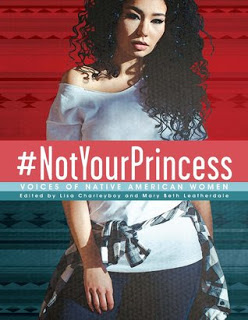 “In addition to the much-celebrated Youth Media Awards, which took place this year in Denver… there are other kid lit awards that are usually revealed around this time of year. Below is a roundup of bibliographies, finalists, and lauded titles that have received acclaim in the past few weeks.”

Congratulations to Suzanne Del Rizzo on receiving the Inaugural Malka Penn Award for Human Rights in Children’s Literature for My Beautiful Birds (Pajama Press, 2017). See a Cynsations interview with Suzanne about creating the book.


Look for the hashtage #KidLitWomen, “…with the following mission: ‘calling attention to the gender inequities of our industry, uplifting the women who have not received their due, and finding solutions to reach equality.” Every day in March, people will be posting thematic articles, essays, poems, interviews, etc., to further the mission and keep the conversation going.”

“Have you preselected books for a boy and only offered him books about boys? I’ve done that in the past. And if not, I’ve caught myself and others kind of apologizing about it. ‘I think you’ll enjoy this book even though it’s about a girl!’ They hear that even though. They know what we mean. And they absorb it as truth.”

“I imagine men must be anxious too, but how can it be the same, in this nation where old women in TV sitcoms, movies, and magazines are invariably show to be whiny, needy, and ridiculous, while aged men stride through popular culture with a stance that is tough, rugged, gritty, and wise?”

“There is an old saying: ‘You get what you measure.’ Publishers tend to read trends and acquire illustrators accordingly. I’ve heard stories of women illustrators who can’t even get a second contract. Even those that get an honor award.” 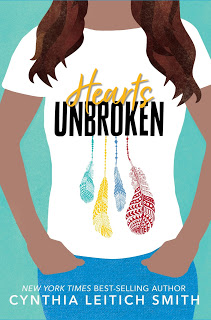 What a thrill it was this week to share the cover art and a few thoughts on my upcoming YA novel, Hearts Unbroken (Candlewick, Nov. 6, 2018)!

Thanks to everyone who signal-boosted the image. I hugely appreciate your enthusiasm and support.

At BookRiot, you can learn about my initial inspirations for the story. Here at Cynsations, you can read my reflections on the cover itself. Again, my thanks to Candlewick for caring so much about getting it right and really engaging in thoughtful conversation with me throughout the process.

Please do consider yourself encouraged to pre-order a copyfrom Indiebound, Barnes and Noble, Amazon or another retailer. Pre-orders are important to the successful launch of a book.

Links of the Week: CCBC 2017 Multicultural Statistics from CCBlogC. Peek: “A character in a picture book was 4 times more likely to be a dinosaur than an American Indian child.”