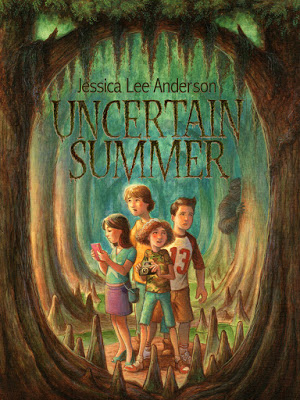 I’ve always had a fascination with Bigfoot; the idea that an ape/human creature could be secretly living in the woods both intrigued and terrified me as a child.

So when I got the opportunity to chat with the author and editor of Uncertain Summer by Jessica Lee Anderson (CBAY, 2017), I couldn’t pass it up. First, the promotional copy:

For decades something has lurked in the swampy lakes of East Texas. Could it be the elusive Bigfoot?

Everdil Jackson thinks so. Her whole life she’s grown up listening to the stories of the Bigfoot sightings around Uncertain, Texas.


When a TV show offers a million dollars to the person that can provide conclusive proof of Bigfoot, Everdil, her brother, and two friends form a team to snap a picture of the beast.


With any luck, they’ll prove the impossible and win the money Everdil’s family badly needs. But tracking a monster, especially one nobody’s been able to catch, proves trickier than Everdil expected.

With each new adventure, Everdil seems to create more problems with her friends and family than she solves. In the end, she has to hope that her brave, foolish actions will ultimately make things right with everyone, including Bigfoot.

Jessica, what first sparked the idea for this book?


I’ve always been intrigued by cryptid tales, and it was after watching the Patterson-Gimlin film that I looked over and felt like Bigfoot was lurking in my living room.

It was just my old terrier, JoJo, staring at me—she resembles a mini-Sasquatch.

The experience fired up my imagination and I knew I wanted to write story featuring Bigfoot with a twist of course.

(As an aside, the Patterson-Gimlin film is now over 50 years old, and folks are still debating if it is real Bigfoot footage or not!)

Have you had a Bigfoot encounter?


I can now say that I’ve eaten Bigfoot!

The amazingly-talented Akiko White created a Bigfoot cake for the book release party.

I did spend some time out in Uncertain, Texas and searched for Bigfoot while hiking and exploring the area. I smelled some skunk-like odors in the air that made me think that there was certainly the possibility that Bigfoot was lurking around a woodsy corner.

How do you navigate that fine line between spooky fun and too scary?

This seemed to come naturally for me because I tend to get spooked easily when it comes to scary books and movies. My imagination seems to run overtime (even while I’m sleeping)!

After writing the first draft, I layered in extra adventure and upped the stakes as well as the spooky fun aspects of the story. I enjoy writing, and I love the revision process…most of the time.


Do you have any writing tips to offer?

My path from idea to publication took about seven years.

If I were to go through the whole process again, I would sit down and create a detailed outline that would offer direction yet still leave much room for creativity during the actual writing process. The story lacked much shape in the earlier drafts.

So, advice? I would say find a process that helps you as a writer to be the most efficient, and spend the time getting your manuscript in the best shape possible.

Keep fighting for your story even if there are some bumps along the path! I’m so glad I didn’t give up on this book.

I noticed you’ve done a lot of travel and school visits to promote this book. How do you balance promotion/writing/being a mom?

My background is in education, and before my full-time writing days and being a stay-at-home mom, I was a teacher. I love spending time in the classroom and in various libraries to get kids fired up about reading and writing!

It feels like such a gift to be able to travel around Texas as well as out of state to inspire and be inspired! When booking various events, I try to be as mindful of writing deadlines as possible as well as various happenings with my daughter, though life certainly happens.

I’ve learned to write on the go as much as possible, and I’ve gotten much better about asking for help when needed. I’m grateful for such caring family and friends as well as my understanding daughter!

What appealed to you about this story?

There are so many wonderful aspects to Uncertain Summer.

I loved the adventure and mystery surrounding the cryptid. I liked how the characters were relatable.

I thought Jessica had crafted a dynamic book that would appeal to a large number of kids for various reasons.

Could you tell us a little about CBAY and how your acquisition process works?

Like most publishers, we are initially approached by authors or agents with a query.

In an effort to avoid becoming overwhelmed, CBAY is rarely open to unsolicited submissions. However, if authors have met me at a workshop, conference, SCBWI meeting, etc or if they are referred to me by a CBAY author or some other professional acquaintance, I am willing to consider their query.

If the query looks promising, I’ll request the full manuscript. From there I consider each season’s list and any holes I may have, and I will also look at the financial side for each potential title.
If it is a book I wouldn’t mind reading at least eight times, and if the numbers work out, I’ll then make an offer and hopefully acquire it.

This is exactly how it worked for Uncertain Summer. Jessica is a veteran author, and her book was in excellent shape.

However, I primarily work with debut authors, and often their books needs some revising before I’ll make an offer. I generally only make an offer on books that are ready (or very close to ready) for the market.

Uncertain Summer has lovely interior illustrations that enhance the story, something we don’t always see in MG books. How do you decide if you’re going to include additional illustrations? Is this something you see as a developing trend in MG?

Younger middle grade often has some illustrations, and I personally have always been a fan of illustrations used in the chapter headers. A famous example of this would be all of the small spot illustrations at the beginning of each Harry Potter chapter.

How do you select an illustrator?


I rely more on stock images rather than illustrators for many of our projects, but I do enjoy getting to work with an illustrator when the project calls for it.

Every illustrator I have ever worked with is one that was referred to me by a trusted source. In each case I had a vague stylistic idea of what I wanted the book to convey, and then I hired the illustrator with a similar aesthetic.

What else do you have out/coming up?

In the spring we have our “Princess” season with two middle grade novels and one YA anthology where all the books feature a princess.

Once Upon a Princess by Christine Marciniak debuts in April and revolves around a princess forced into hiding with her family when their country experiences a revolution.

The second book, Royal Trouble: The Sinister Regent by Hope Erica Schultz follows a princess and her royal cousins and friends as they try to thwart a plot against their respective crowns.
Finally, Perilous Princesses is a 10-story anthology with contributions by various authors where the princesses aren’t in danger—they are the danger. Includes stories by Susan Bianculli, Lori Bond, Alison Ching, Steve DuBois, Jeanne Kramer-Smyth, Ameria Lewis, Christine Marciniak, Kath Boyd Marsh, Hope Erica Schultz, and Madeline Smoot. 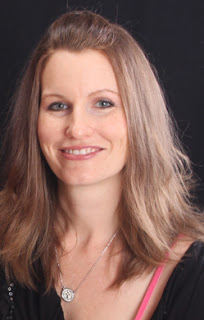 She’s published also fiction and nonfiction with Heinemann, Pearson, Seedling Publications, Six Red Marbles, and a variety of magazines including Highlights for Children.

She is a member of The Texas Sweethearts & Scoundrels and hopes to be more sweetheart than scoundrel.

She lives near Austin, Texas with her husband, daughter, and two crazy dogs.

Madeline Smoot is the publisher of CBAY Books and former Editorial Director for Children’s Books of Blooming Tree Press. She blogs about writing at Buried in the Slush Pile and is the author of several writing guides, including Story Slices: How to Make Story Plotting a Piece of Cake.

Madeline lives in Dallas, Texas, with her husband, son, a cat, a dog, and more books than should fit in any normal person’s house.