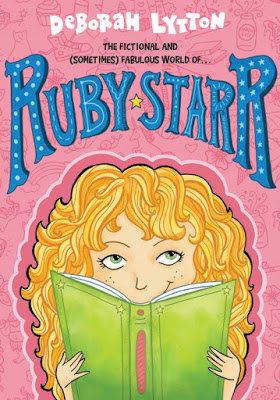 Thanks to Gayleen and Cyn for having us on Cynsations. It’s always such a pleasure to be here!

Today, I have asked my agent and friend, Stacey Glick to join me to discuss the Middle Grade series proposal.

Stacey is Vice President at Dystel, Goderich & Bourret Literary Management and has been my agent for over 12 years. Stacey and I share a background as child actors, although we never worked together as kids because she was on the East Coast and I was on the West Coast.
Hi Stacey, thanks for chatting with me today.

Stacey: So happy to be here! I’m thrilled to talk about Debby, one of my favorite people, and her books!

Deborah: Thanks, Stacey. You’re one of my favorite people, too. Before we discuss books though, we have to talk about being child actors. (I’m including our acting headshots here. I really love my 80’s red vest and tie!)

How do you think your acting background helped you become a literary agent?

Stacey: I think my ability to network and schmooze with almost anyone stems from my experiences as a child actor.

That skill has served me very well in my almost 20 years as a book agent!


Deborah: That’s so true! Speaking about books, it’s so exciting to see the first book in the Ruby Starr (Sourcebooks, 2017) series released.

Creating the series proposal was such a collaborative process between us and the proposal was an effective selling tool for the manuscript.

Why do you think it helps so much?

Stacey: I think when you are talking about a series with a protagonist who has a big personality, like Ruby or Junie B. Jones (by Barbara Park, illustrated by Denise Brunkus, Random House), it’s important to map out not only the plots for the proposed books in the series, but also the characters and the arcs they will follow throughout the series.

Deborah: The first step was to come up with an idea for a book that could extend into multiple stand-alone books.

My other published books have been stand-alone titles, and I have also written some manuscripts for trilogies, but a series is really different from a trilogy where you leave certain storylines unfinished to extend the threads through the second and third books. With a series, each book stands alone and is connected through the character and the setting.

What do you think the important differences are?

Stacey: I think it’s just what you said. A series like Ruby Starr is really about a group of characters working through a very different story and set of circumstances in each book. A duology or trilogy is really one story that continues over the course of two or three books.

Deborah: Once I had the idea for the series, I wrote the complete manuscript for Book 1.

Then after you read it, you suggested writing a proposal as well. I remember it was really helpful when you sent me an outline for the proposal because it gave me an idea of what I needed to include.

There was a short synopsis of the series, a character list, a list of multiple other stories, and then a section about me.

If we were pitching the series again, would you add anything to the proposal?

Stacey: No, I think the proposal we put together was really perfect to show the scope of the series and your ability to write it. All of the components put together made for a very strong sales pitch for the series.

Deborah: You told me that I could be creative within the format and change things around if I wanted to convey the personality of my series but still create something that editors would be able to read easily.

The most flexible section was the information about the book. I used some of the wording from the manuscript and then shared my vision for the market age range for the book. I also added a section about similar books.

Why do editors and agents like to hear comparisons in order to consider a book?

Stacey: It’s so important for agents and editors to get a sense of how you see your work in the marketplace. You need to highlight books that will appeal to the same audience as your book. This will help you and your agent and publishing partner work together to effectively market and promote the books to the right audience.

Deborah: We spent a lot of time working on the books to follow the first so that the theme of the series was really consistent and the whole package focused.

What is your tip for writers who are working on a proposal without an agent to guide them?

Stacey: Do your research and find resources online. There are a lot of sample proposals available and, if you follow the guidelines you suggested above for a series proposal, including the manuscript for Book 1, it should be more than enough for agents to be able to consider the work.

Deborah: Stacey, thanks so much for chatting with me today!

Stacey: I loved it too. And hope you all have a chance to read the Ruby Star series. She’s adorable and so much fun! 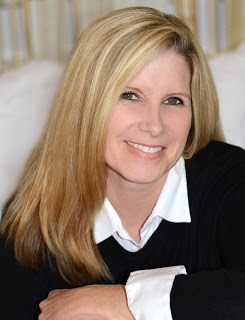 Kirkus Reviews wrote: “Peppered with references to her favorite books, Ruby’s fresh, humorous, first-person, present-tense account of her fifth-grade traumas, her real and imaginary friendships, and her supportive family rings true…amusing saga of primary-school friendships with a clever pro-reading subtext.”

Book 2 in the Ruby Starr series, The Fantastic Library Rescue and Other Major Plot Twists, is now available for pre-order and will be released May 1, 2018. Ruby and the other Unicorns are involved in a new adventure to save the school library.

Deborah Lytton is the author of Jane In Bloom (Dutton Children’s Books, 2009), which was selected for several state reading lists and chosen by Chicago Public Library as one of the Best of the Best Books of 2009. See Deborah’s Cynsations Interview About Jane in Bloom.

Her YA novel, Silence (Shadow Mountain) was a nominee for the Florida Teens Read Program. See Deborah on What’s True to You from Cynsations.

Deborah resides in Los Angeles, California with her two daughters and their Papillon, Faith. She is active in the writing and blogging community and is a member of SCBWI.

Stacey grew up just outside of Manhattan and is a former child actress who appeared on television, in theater, and in feature films. She now lives in New Jersey with her husband and four daughters (the youngest are identical twins), and enjoys cooking and baking, sipping wine and cocktails, taking pictures, shopping, theater, going to Mets games and eating chocolate, cheese and spicy tuna hand rolls (not necessarily in that order) when she can find the time.