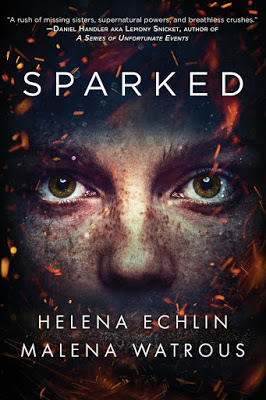 
Yesterday we heard from Gillian French about techniques for building suspense.


And if you looking for even more ways to scare your readers, check out this post from April Henry, one of the post popular Cynsations posts ever.


One rainy Friday the 13th a few years ago, I met up for a drink with fellow novelist Malena Watrous, and complained about how hard it was to get any writing done, since we both had jobs and young children.

We recalled how we’d devoured books as kids and teens, and we wanted to write as a suspenseful story that would captivate readers in the same way. If I worked on a story like that, I was sure I’d find the time and energy to write it, whatever it took.

Malena confided her idea: a girl wakes up and finds her older sister missing from their shared bedroom. The only people who can help the girl save her sister are the mean girls at school. I was hooked. Fueled by more cocktails, we plotted out the entire story that night.

We’d both published novels already and we both taught fiction-writing.

So, we naively figured, how hard could it be to dash off a suspenseful YA thriller in a few months?

After the angst-filled life of the solo writer, it was enormously fun to get together in a café every week and rough out the next few scenes. We’d each draft a scene on our own, squeezing in a writing session while watching the kids in swim class or at the end of a long day, and then we’d bat the scenes back and forth until we were happy.

We dashed off that first draft in a mere five months, convinced we had a bestseller on our hands. Then trusted readers looked over that draft and told us that our careers writing sensitive, nuanced, literary novels hadn’t prepared us to be thriller writers well as we thought.

Yes, the novel was gripping in places, but in parts it fell flat.

So we hunkered down and rewrote our book more times than I will ever admit.

When it comes to writing a thriller, it’s essential to start with a gripping concept, but you can do much to amp up the suspense in successive drafts.

Here’s what we learned about how to captivate your reader: 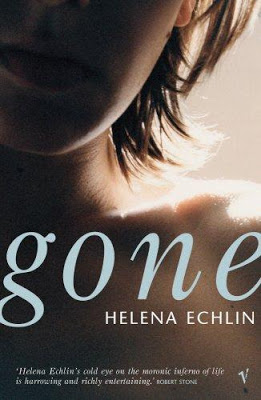 Keep raising the stakes. The protagonist’s desire is what drives the plot in any novel, but in a suspense novel, it’s not enough if all the protagonist wants is to renovate his house in Nova Scotia or breathe new life into a middle-aged marriage.

If you are writing a thriller, raise the stakes higher, and keep raising them. At first, our heroine Laurel wants to find her sister Ivy. Then she realizes she has to rescue Ivy from a kidnapper and she only has a week to do so.

Then she realizes that Ivy’s kidnapper is an ancient demon. Side benefit: if you’re a busy mom who worries about things like what will your kids take for lunch other than cream cheese sandwiches, it is incredibly relaxing to write about a girl who has much bigger problems.

Hide the truth in plain sight. Readers don’t like guessing the truth too soon. They want you to mislead them along with the protagonist. But they also like to feel that in retrospect there was a trail of clues.

Your job is to plant these clues without drawing attention to them. In one of our early drafts, our villain kept offering the girls fleur-de-sel-topped caramels. Their taste was “a dreamy combination of butterscotch pudding and salted popcorn and as soon as you had finished one, you wanted just one more.”

In successive drafts, it became clear that these caramels just screamed “demonic magic,” so we had to kill that darling.

In fact, interiority—what a character is thinking and feeling—is an important way to increase suspense. It draws the reader’s attention to an approaching threat and makes it sharp and specific.

If your character isn’t scared, then your reader won’t be either. In our first draft, Laurel always “gulped” or “swallowed” when she was terrified (or sometimes had a “lump” in her chest or throat).
What a cliché. In successive drafts, we found more complex and vivid ways to show her reactions.

Slow down when it matters. It may seem that writing a fast-paced story means that things have to happen in quick succession, but don’t rush through climactic moments.

The reader is desperate to know what happens next and at the same time, their pleasure lies in the anticipation rather than in finding out. So slow way down.

It’s more psychologically realistic too: if a character’s adrenaline is peaking, their attention is hyper-focused and he or she will notice every detail.

At one point, a psychopath with a hunting rifle threatens Laurel and her friends while she cowers behind a log. In revision, we added in the song of a particular bird, “like the snip of scissor blades,” and have her numbly notice a pill bug on a blade of grass.

Surprise yourself. If you’re writing a tightly constructed novel with lots of twists and turns, you’re probably going to need an outline, unless you’re Stephen King. But don’t stick to it.

Often, the best ideas come from your subconscious, when you are least expecting it. Be open to those ideas and be prepared to change your story or rewrite it entirely if necessary. Remember: if you know what’s going to happen when you are writing it, so will the reader.

When we thought we were finally done, Malena had a plot epiphany at the DMV that meant we had to embark on yet one more draft. But now, when readers say they had “no idea what was coming next” or comment on the “hairpin twists and turns,” it was totally worth it.

Helena Echlin, a native of the U.K., is the author of the novel Gone (Random House UK, 2002) and for five years wrote “Table Manners,” an etiquette advice column for Chow, the online food and drink magazine.

She has also written for the Guardian, The Times, and The Sunday Telegraph in the U.K., and Yoga Journal and The San Francisco Chronicle in the U.S.. She lives in Berkeley and teaches fiction-writing online for Stanford.

She was a Stegner Fellow at Stanford and helped to found the Online Writers’ Certificate, Stanford’s two-year online novel-writing program.

She teaches fiction-writing for Stanford as well as working on her own fiction, and has written for numerous publications, including The New York Times. She lives in San Francisco.