My first five books were realistic “problem” fiction. This was very much in vogue when my first two were published, but it became less “hot” as my career went on.

I feel like, in the early years of YA, it was assumed that YA fiction would mostly be sold to schools. But, as time went on, there were these books that sold in bookstores, and it wasn’t good enough just to sell to school and library.

They were not genres I wrote. They were mostly two genres, chick lit and fantasy. I have no real ability in chick lit, and I’m not a high fantasy person either, though I like light fantasy, the type of books that take place in the real world, but something magical happens.

At one point, I asked my publisher why my books weren’t being promoted, and they said they only promoted chick lit and fantasy to bookstores because they were the types of books that sold in bookstores. I was frustrated, but when I had an impulsive idea for a fantasy book (a retelling of Beauty and the Beast, set in modern times, from the Beast’s point of view), I embraced it.

I feel that this is what kept me going. Most of my fellow authors who strictly stuck to one genre aren’t publishing anymore. It was sort of scary to make this switch, because I had a following in realistic, and my editor was really surprised, but I feel like I would not still be published, had I not switched at that point. I think it is important to have a “brand,” like don’t write one mystery and one romance and one little kid book, etc., but once you have a few, you can branch out.

I would not worry so much about individual reviews of my books. I used to obsess over them. I would know that, if you write something provocative, not everyone is going to like it. It’s sort of like comedy — you have to be willing to offend someone. 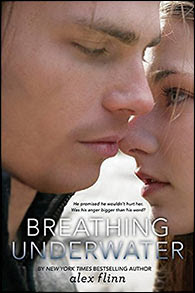 My first review of my first book, Breathing Underwater (HarperCollins, 2001), was really awful. The standout line was, “Teens may overlook its major flaws.”

I was devastated. But, know what? They did overlook those flaws. That book did really, really well. It was embraced by teachers and librarians and even bookstores. It is still published and assigned in schools almost seventeen years later, and I still get mail about it. Hundreds of young women have left their abusive boyfriends because of Breathing Underwater, so yes, Anonymous Reviewer Whom I May Not Even Realize I’ve Met, they did overlook those “major flaws.”

I love getting reviewed, love that people care enough to review my books — thank goodness! But I think sometimes, a reviewer just won’t be the right reader for your book. They won’t get you.

Like, maybe that reviewer didn’t know what to make of me because I was writing about dating violence from the abuser’s viewpoint.

As an author becomes more established, I think publications know, “Hey, this reviewer loves Alex Flinn’s books, so we will give it to her,” which is why more established authors are more likely to get a good review. But, even then, that reviewer may get upset if the author writes something different (such as switching genres, which I did).

In any case, it is something beyond my control, so if I had it to do over again, I wouldn’t sweat it. Sometimes, what makes someone dislike a book is what makes another person like it.

The field and body of literature are always evolving. For you, what have been the stand-out changes in the world children’s-YA writing,
literature and publishing? What do you think of them and why?

Well, as I said, the shift from realistic, “edgy” fiction to more fantasy and science fiction (especially vampire novels and dystopian triologies), then back to realistic fiction but maybe not as issue-oriented as it used to be.

Also, school and library has become less all-encompassing, not so much because those institutions are buying fewer books but because teens are buying more in bookstores, too.

I think it is all good because there is definitely the potential to sell more books overall than there was when I was starting. I feel like YA is more important, as a genre, than it used to be. But it is important to be aware of those changes and, if not anticipate them, at least try not to be blindsided by them.

I know several authors who were not able to budge at all on the type of books they wrote, whereas authors like Nancy Werlin keep going because they have changed.

My current books have a lot of the same “realistic” issues that my earlier books had. For example, my most recent book, Beheld (a collection of linked stories based upon fairy tales), had a teen pregnancy, peer pressure, body issues, parental drug use, etc., but just in a more historical fantasy context instead of being a problem novel.

Advice I already took: Follow your heart, but be willing to reinvent yourself.

Read and be aware of your surroundings.

Maybe be realistic about your capabilities. 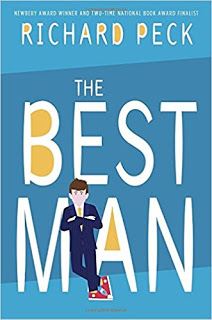 One of my great inspirations as a writer is Richard Peck, who was a huge YA writer when I was a kid, and is a big children’s book writer still.

I had the good fortune to be able to meet him when I was pre-published, and he is someone who has always really known the market. When he was younger, he wrote mostly realistic “issue” YA fiction, suicide, peer pressure, rape.

He may not have invented the “problem” novel, but he was probably its biggest contributor (I do not consider the term “problem novel” to be pejorative at all).

As the world has changed, and so has he, he switched to younger kids’ books, but he has still managed to include issues about which he feels passionate, such as gay marriage in his latest novel, The Best Man (Dial, 2016).

Richard is 83 and has been a published author since 1972, with his latest book coming out in 2016. He has published a book just about every year of that time, and I think it was that mid-career switch that allowed that to happen.

I can see where he has done as I said and wrote something that was maybe just an impulse (a book about mice or a zombie novel, for example). Those impulse novels can keep you going.

This is a career I really admire, and I aspire to have. He has won every major award, Newbery, National Book Award finalist, ALAN Award, Edgar, and the Margaret A. Edwards Award, which is given for a body of young adult work.

There are other authors where I also see their ability to genre-jump and admire that. E. Lockhart and David Lubar are two I really admire. I feel like the abilities to be flexible and work hard are very important. Also, as Nemo said in the movie, “Just keep swimming.”

It is important to continue to publish, as it shores up the older books. I guess sometimes, it is necessary to take five years between books, but it would be bette r not to. 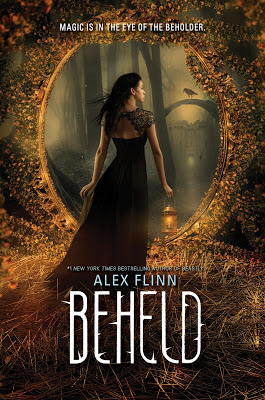 I hope the market will continue to grow.

I hope there will still be brick and mortar bookstores. I love indies, and we are fortunate to have a great indie in Miami, Books & Books, but I also pray for Barnes and Noble because not every town does have a great indie (I grew up near mostly crummy mall bookstores that were nowhere near as good as either BN or Books and Books), and those big bookstores carry a lot of books and have a lot to offer readers as well.

Books and Books, whose flagship store coexists maybe a block from one of the three remaining BNs in Miami, sort of shows that it is possible for these stores to fill different needs for different (or even the same) readers, but I think brick and mortar stores are important.

I did a great event this past weekend at a Barnes and Noble in Kendall. It wasn’t well-attended because it was shortly after Hurricane Irma and, therefore, people had other things going on, but the teens who showed up were really excited about reading and books.

It was inspiring really!

I just hope for more opportunities to get books to readers, and I hope schools will have money to do that as well.

Oh, and libraries. I hope that politicians will stop assuming no one uses libraries just because they, personally, do all their reading online.

Keep being published, keep being relevant, keep connecting with readers and getting letters from them.

I got a letter last week from a girl who says she wouldn’t have survived middle school without Beastly, and that is always great.

I’ve been that kid, and I’ve raised that kid too, so that’s the dream.

I’ll admit a secret ambition to win the Margaret A. Edwards Award someday. I don’t know if any single book of mine is necessarily going to be the standout book of its year, but I hope that, over time, my books will continue to illuminate young adults’ lives.

I’m also hoping Breathing Underwater makes it twenty years because I am really proud of that book and the influence it has had on young people, especially young women.

One Reply to “Survivors: Alex Flinn on Thriving as a Long-Time, Actively Publishing YA Author”