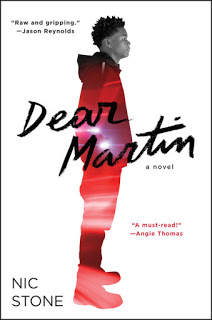 
YA Authors Nic Stone and Jared Reck Chat About Crafting Characters, Their Paths to Publication, and More by Shelley Diaz from School Library Journal. Peek from Nic Stone: “For me, the best thing about being a debut author is also the worst thing: having no idea what’s going to happen. On the one hand, it’s this exciting adventure…seeing our books pop up on these ’10 YA Must-Reads This Fall!’–type lists…But, it’s also all terrifying, you know?”

Author of Young-Adult Books Sees Writing as the “Best Buzz” by Tom Stoelker from Fordham News. Peek: “(A.S.) King said she has little interest in fame and writes because she wants to help people. Regarding the nuts and bolts of her writing process, King called herself a ‘pantster’ as opposed to a ‘plotter,’ meaning that she writes by the seat of her pants.”

John Green talks about his first novel since ‘The Fault in Our Stars’ by Mary Quattlebaum from The Washington Post. Peek: “…as a person who struggles with obsessiveness, I find it odd that Sherlock’s obsessiveness is often linked to his powers of observation….in my case, obsessiveness makes me a terrible detective, because when I’m unwell I struggle to apprehend anything about the world outside my self.” See also John Green Tells a Story of Emotional Pain and Crippling Anxiety. His Own from The New York Times. 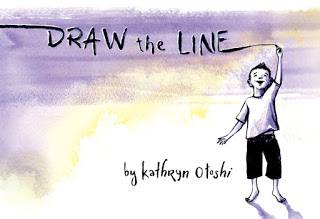 Icebreaker: Kathryn Otoshi by Cat Acree from BookPage. Peek: “I had planned the whole book to be black and white, and then we’d negotiate the gray zones. But it was [my editor, Connie Hsu]—thank god for Connie—who said, ‘Could we add a splash of color?’ . . . Suddenly I realized the color in the illustrations could represent emotions, because I didn’t have words.”

Cynthia Levinson: “The Youngest Marcher” by Alison Goldberg from M Is For Movement. Peek: “I learned about Audrey’s audacity while researching my first nonfiction middle-grade book, We’ve Got a Job: The 1963 Birmingham Children’s March (Peachtree, 2012)….When I read the transcript of Audrey’s interview, in which she described carrying her board game on a protest march and then to jail, I knew I needed to talk with her.”

They’ve Got Moxie-In Conversation with Celia C. Pérez and Jennifer Mathieu by Daryl Grabarek from School Library Journal. Peek from Celia C. Pérez: “In (The First Rule of) Punk (Random House, 2017), Malú’s relationships with her new friends, both the kids at her school but especially the adults…allow her to see herself in a way she hadn’t before. It’s through her interactions with them that she begins to think about what it means to be Mexican American and what it means to identify as punk.”


South Asian Narratives to Help Children Embrace their Cultural Backgrounds and Identities by Sania Zaffar and Armeen Sayani from ALSC Blog. Peek: “With the recent political climate and fast-moving changes to immigration policy, we have tailored the booklist to better represent narratives of immigrants, refugees, and informational texts about Islam, not only a faith we both identify as, but one that has influenced our political climate.”

13 YA Books With Bisexual Boys by Casey Stepaniuk from BookRiot. Peek: “But novels with male bisexual characters are especially scarce, meaning YA books with bisexual boys as characters are even more scarce.” 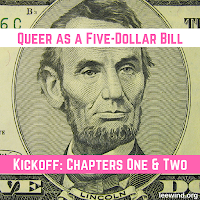 A Secret From History, Two Books, and Breaking Barriers by Lee Wind from I’m Here. I’m Queer. What the Hell Do I Read? Note: Lee serializes his #ownvoices YA novel Queer as a Five-Dollar Bill on his blog. Peek: “The best response to fear that I can think of is courage. And so what I’ve written – these two books – aren’t complete without readers reading them. Waiting is no longer an option. Given the state of our country, our current leadership, and the anti-LGBTQ atmosphere that is directly impacting Lesbian, Gay, Bi, Trans, Questioning, and Queer youth, this truth – these books – can’t wait any longer.”

An Introduction To The Queer Bookternet by Danika Ellis from BookRiot. Peek: “Though there are more LGBTQIA+ books being published all the time, it remains difficult to find them without being armed with the knowledge of the titles and authors to seek out….With that in mind, I thought I’d put together a quick primer to some of the most helpful sites on the internet where you can find queer books.”

From “Race Neutral” to “Melting Pot” by Varian Johnson from Kirkus Collections. Peek: “I used to worry about whether I had the choice or the responsibility to portray people of color in my work. Now, I freely choose this responsibility. I want all kids, especially kids that look like me, to see themselves in books….I also want people from other backgrounds to see black kids in these books.” Note: Varian will teach a workshop, Crafting Nonlinear Narratives this Saturday (Oct. 14) with the Writers’ League of Texas.

Good Endings: What Should Yours Include? by Roz Morris from Writers Helping Writers. Peek: “So if you’re struggling to identify what your ending should be, the first place to look is the genre expectations. All stories provoke curiosity and raise questions. That’s what keeps the reader’s attention through hundreds of pages. Your genre is characterised by where you direct that curiosity.” 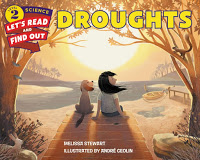 Wait, that’s Not Broccoli. It’s Chocolate Cake! Part 5 by Melissa Stewart from Celebrate Science. Peek: “I know lots of writers who love to create characters and make up worlds. But for me, the real world is so amazing, so interesting that I just want to learn as much as I can about it and share it with other people. That’s why I write nonfiction.”

Editor Tip: 6 Ways to Strengthen Your Supporting Characters by Phil Stamper-Halpin from Penguin Random House. Peek: “Think about the time and energy you put into building your main character: planning out her ideals, her interests… See if you can do that for each of your supporting characters. Everything doesn’t have to be shown in the story, of course, but if you have a better idea of the character in your mind, he’ll seem more ‘real’ to the reader.”

7 Tips for Finding a Critique Group by Erin Shakespear from Thinking Through Our Fingers. Peek: You need a critique group!… But how do you find these magical people? Do you scribble, ‘Will write and critique for thrilling conversation about plot lines and character development!’ on cardboard and sit near Walmart hoping the right people find you?”

Follett Enters School Book Fair Market by Jim Milliot from Publishers Weekly. Peek: “The launch of Follett Book Fairs is a direct challenge to Scholastic, which has long dominated the business and does 120,000 fairs in the U.S. School book fairs generated $508 million for the company in the fiscal year ended this May.” 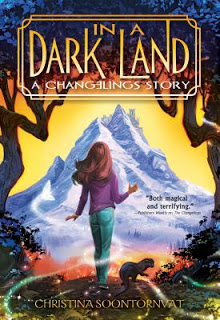 These Badass Women Are Redefining What It Means To Work In STEM by Erin Kelly from Bustle. Peek: “…it’s not uncommon for an individual to have more than one job….Yet the unlikely pairing of ‘children’s book author’ and ‘STEM educator’ is still bound to raise some eyebrows. Luckily, this unique mashup plays to Christina Soontornvat’s favor, as she wants youth to know that the number one benefit of pursuing a STEM career is flexibility.”

Thought-Provoking Picture Books | A Selection of 2017 Titles for Older Readers by Wendy Lukehart from School Library Journal. Peek: “Wise educators know the value of introducing a unit with a visual narrative—whether it’s found within a single image or a well-chosen book. The images provide a focus, a unifying, common experience of the subject for the class, along with an affective connection and aesthetic pleasure.”

One Important Question You May Not Be Asking Your Publicist by Emily Adams from Writer unBoxed. Peek: “…you want to make sure you get a hold of the clips of reviews, interviews and features your campaign generates. Then you can get more mileage out of press coverage and magnify your book’s visibility by posting them to your social media channels.”

Let’s Hear It for The Short Story! by Esther Hershenhorn from Teaching Authors. Peek: “…Cynthia Leitich Smith’s Indian Shoes, illustrated by Jim Madsen (Harper Collins, 2001)….was ahead of its time as an early chapter book for 3rd through 5th graders. Each of the six interrelated stories is a stand-alone tale of but one adventure Ray Halfmoon, a…Cherokee-Seminole living in Chicago, shares with his grampa.” 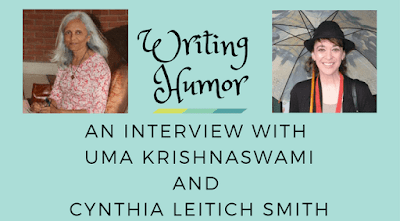 Interview: Uma Krishnaswami & Cynthia Leitich Smith on Writing Humor by Hannah Ehrlich from Lee & Low. Peek from Uma: “…I think it’s important as a children’s writer to lean toward kindness in my own heart. I try to write humor that nods to readers in the know and at the same time invites others in.”

Cynthia is teaching a writing humor workshop with Uma Krishnaswami at Highlights Foundation in Pennsylvania, but she’ll be back next week.