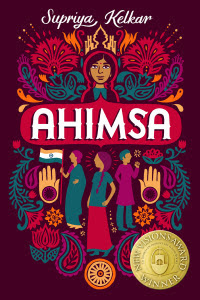 Questions & Answers by Supriya Kelkar from Nerdy Book Club. Peek: “…in all the books that filled my library, there was not one book featuring anyone who looked even remotely like me. I had dozens of books starring a diverse range of bears, from teddy bears to Little Bear to several types of brown bears, but not one book featuring a child with brown skin and black hair.”

Chatting With Editors Who Make It Happen (Part One) by Susan Hughes from Open Book. Peek from Patricia Ocampo, managing editor at Simon & Schuster Canada: “…my biggest pet peeve in storytelling is predictability, so it should come as no surprise that I love manuscripts that surprise me. There may be no new stories, but there are always new ways to tell them.” Also includes Jennifer Stokes of Kids Can Press and Sarah N. Harvey of Orca Book Publishers.


Q&A with Nikki Grimes, author of The Watcher from CBC Diversity. Peek: “I was invited to write a Golden Shovel poem for…a collection honoring the work of…Gwendolyn Brooks…I fell immediately in love with the form (created by Terence Hayes) and could not wait to use it again…One of the first two ideas that came to me was to apply the form to the exploration of a Psalm.”

Interview: Amy Sarig King and Me And Marvin Gardens by Adi Rule from the VCFA Launchpad. Peek: “(Favorite nugget of craft advice:) Kurt Vonnegut’s ‘Eight Rules for Writing Fiction.’….Never has anyone summed up everything I believe about writing in a half a page before. It’s hard to pick a favorite, but I’d say these two are tied for first place: ‘Every character should want something, even if it is only a glass of water’ and ‘Every sentence must do one of two things — reveal character or advance the action.'” 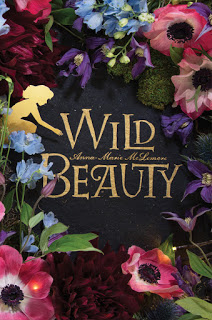 Interview: Author Anna-Marie McLemore on Wild Beauty by Cecilia Cackley from Latinx in Kid Lit. Peek: “…there’s a brutal history of child immigrants doing dangerous jobs, jobs that are already dangerous if you’re a grown man….But amid that kind of brutality, there’s also family; I wanted to write characters who were looking out for each other even in a place that doesn’t really want them.”

Voices of Change: A New Series on the Brown Bookshelf. Peek: “Your lives matter. The Brown Bookshelf opens up this space to you — to young readers, to parents and caregivers, to educators, and all who work directly with children and teens. ‘What are you thinking? How are you feeling about what is happening in our towns and cities, our world? Where do we go from here?'” Readers are invited to share words and/or images to be posted on the site.

WNDB Mentorship Program & Application. Peek: “For the 2018 year, we are offering mentorships to ten upcoming voices—eight aspiring authors (or author-illustrators) and two illustrators—who are diverse or working on diverse books. This is an opportunity to be matched with an experienced children’s book creator and receive individual support and feedback on a work-in-progress.” Application deadline: Oct. 31.

Selecting While White: Breaking Out of the Vendor Box by Chelsea Couillard-Smith from Reading While White. Peek: “…it’s an oddly self-perpetuating cycle whereby the libraries with more staff, more funds…are best able to create broadly diverse collections, while those with smaller budgets…are perhaps as likely to be buying the problematic, high-visibility titles…but are less able to identify and obtain independent titles from diverse authors.”

What a Forgotten Kids’ Book Reveals About U.S. Publishing by Pooja Makhijani from The Atlantic. Peek: “Released in 1927, the poignant children’s novel Gay Neck was written by an Indian immigrant who became the first person of color to win the Newbery Medal..Yet, 90 years on, this once-celebrated book…is rarely mentioned in discussions of racial and ethnic diversity in books for kids.” 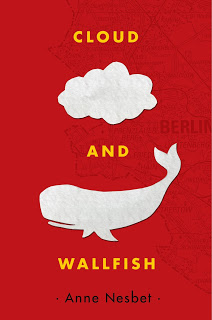 Going Bald in Public: A Story about Our Stories and Their Audiences by Anne Nesbet from Project Mayhem. Peek: “When a book goes out into the world, it is exciting and frightening, both at once. It can feel like all your secret scars are going out on parade. It is as scary as walking out onto a crowded dock when your hair is coming out in clumps.”

8 Steps to Illustrating & Designing a Great Book Cover by Cathy Thole-Daniels from Smack Dab in the Middle. Peek: “The cover should evoke the same feelings when reading the book as when looking at it, and when finishing a book, the reader should know why the cover image came to be.”


Children’s Writer-in-Residence at the Thurber House. Peek: “Candidates must have at least one middle grade (roughly 3-6 grade) book published by a traditional trade publishing house, but no more than five, and one new middle grade book under contract. Must have experience teaching/working with children in an educational setting.”

The World is Inside Out by Donald Maass from Writer unBoxed. Peek: “The real world of your life is not just what anyone would see through their eyes. It’s your concept of it. It’s the blend of the history of others and your own. It’s an impression, a puzzle, a long shot and a close up, an anxiety over status, a role-playing game, a family rock in rushing rapids, laws to ignore and principles to hold dear….”

“I wrote this story because two of my friends have autistic sons and though I try to create inclusive books, I
realized I didn’t have any stories that represent neurodiversity.

“I have also marveled at the way my friends advocate tirelessly for their sons,
both of whom are Black and so face additional challenges in a society set on disciplining Black boys.

“All children deserve a book that mirrors
their reality, and I wanted to center an autistic Black boy in a story that celebrates difference.”

CYN NOTE: I learned from Zetta and Debbie Reese on Twitter that Zetta’s book includes an illustration nod to Super Indian Comics by Arigon Starr, which is intrinsically awesome and also reminded me a bit of a recent cover art conversation I was involved with. More on that to come. 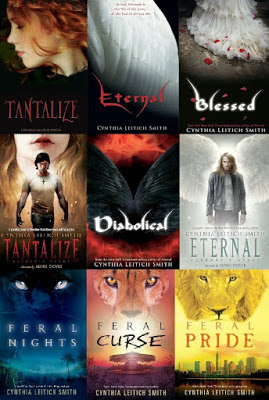 
This month, I’m celebrating the 10th anniversary of the launch of the Tantalize-Feral universe novels. Technically, the first book was a February release, but the highlighting them in the spoooky season feels more appropriate.

This week, I took part in the fundraising auction #PubForPR. Thank you to everyone who bid, donated or otherwise participated to raise money for hurricane relief in Puerto Rico!

“Stay flexible. Especially if I’m pushing the creative envelope, I need to keep in mind that ‘not now’ isn’t the same as ‘never.’ And I can help faciliate positive change. In the meantime, write something else, something that heightens my skillset to be ready for whatever comes next.”

Thank you to the librarians and YA Book Club at Cedar Park Library in Cedar Park, Texas. Gayleen and I enjoyed visiting with you about Tantalize: Kieren’s Story, illustrated by Ming Doyle (Candlewick, 2011). Read on! 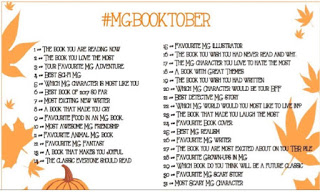 
I’ve had great fun this week participating in the first-ever #MGBOOKTOBER, tweeting about the middle grade books I love.

The month-long celebration was organized & conceived by U.K. writer Annaliese Avery. The idea was inspired in part by her photographer husband who started #Filmtober last year, but also by the lack of MG in a recent best book Twitter poll by Waterstones.