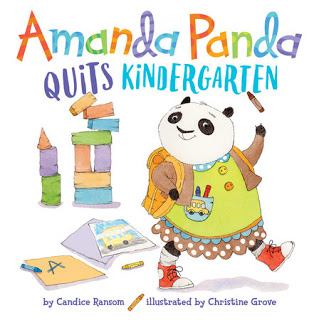 People always ask writers how they get their ideas. Ideas are everywhere—people should ask how does a book come about?

Over my 36-year career as a writer of children’s books, I’ve written a dozen picture books.

Normally, an idea comes to me and over a period of months, I’ll write the text. If the manuscript is acquired, the editor finds an illustrator, who then gets busy on the art.

Outside and in-house attempts to write a picture book to go with Amanda Panda didn’t work. Would I give it a try? I said yes (and then gulped).

The character, I was advised, should be less glitzy and girly, more independent and childlike, like Frances the Badger (by Russell Hoban).

I asked to see the illustrator’s sketches. I fell in love with Christine Grove’s round-headed, little-eared characters instantly! A little boy panda crying fountains of tears made me laugh out loud!

I decided that Amanda is a kindergartener. I always use my own life experiences, even if only for emotion, but I never went to kindergarten.

I watched neighborhood children at the bus stop. The kindergarteners seemed so small and young, yet when I was five, I couldn’t wait to go to school like my big sister. 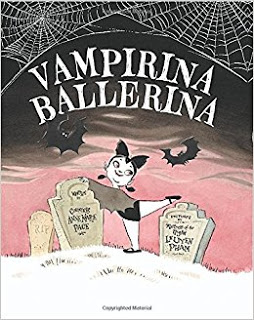 I took notes and typed out manuscripts to separate the words from the art. I studied and thought and read for weeks.

It had seemed so easy to say, “Yes, I can write this book,” yet it wasn’t. What did my character want?

Where was the story?

I drafted weak and even ridiculous story ideas, like having Amanda try to cram an entire week into one day because she was impatient. Aside from being too abstract, that story would have been an illustrator’s nightmare.

Finally, I stopped trying to be too clever and let Amanda tell me who she is:

Amanda Panda, I realized, is me in a nutshell.

I wrote a lengthy character sketch and a summary of the book. To my astonishment, another character appeared. Bitsy is everything Amanda is not, little and girly, but with her own agenda to find a best friend and she lights on Amanda.

Frances liked the direction I was taking and gave me her blessing.

Buoyed by her enthusiasm, I wrote the manuscript. In only five days. This flabbergasted me—I’m an excruciatingly slow picture book writer.

The book isn’t any good, I thought, but a few weeks later, Frances Gilbert offered to publish it.

I was over the moon! I hadn’t written a picture book in many years. Plus, this would be my first with animal characters!

Frances and I did minimal revisions, then Christine Grove began working on the illustrations. A little less than two years later from that original email, the book landed in the stores on June 20.

The process of writing a book based on a sketch of a character is backwards to my normal process. I figure that its up-ended nature turned my sometimes sluggish writing method upside-down, too. It made me look at characters and stories in a whole new way, more visually, less cerebral.

Change is good! Even this far into my career, I’ve learned it pays to be flexible and take chances.

The experience has been so great, the three of us are doing it all over again! Last summer Frances and I talked about a sequel, I wrote a new manuscript last fall, and Christine is drawing and painting. Look for Amanda Panda Doesn’t Do Birthdays in the summer of 2018! 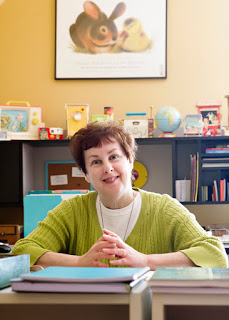 Publishers Weekly said, “Ransom sensitively addresses the challenges of handling expectations in new circumstances, as well as the roundabout path to friendship.”

Kirkus Reviews said, “…empathy and kindness are just as important as ABCs and 123s, and Amanda gives readers a good lesson.”

Candice Ransom only ever wanted to be a children’s book writer. She is the author of over 125 books for kids and young adults and teaches in the children’s literature program at Hollins University. She lives in Fredericksburg, Virginia, with her husband and her cats, Faulkner and Edison. She blogs about writing and travel at Under the Honeysuckle Vine.