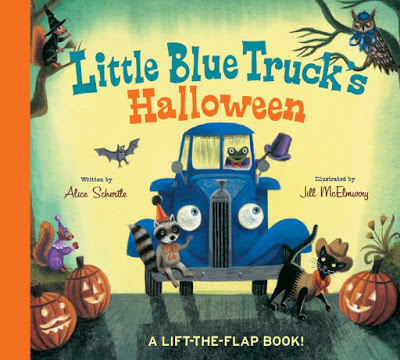 Author-illustrator Jill McElmurry died in August while Cynsations was on summer hiatus.

Obituary: Jill McElmurry by Jill Kantor from Publishers Weekly. Peek: “Acclaimed children’s book author and illustrator Jill McElmurry…died of breast cancer on August 3, at her home in Taos, N.M. She was 62 years old.

“…McElmurry illustrated more than 20 picture books, of which she also wrote four. Her most widely known collaboration was with author Alice Schertle on the bestselling Little Blue Truck series. The read-aloud favorite has sold more than five million copies and has been translated into 10 languages.”

Jill McElmurry died Aug. 3 at her home in Taos from The Ely Echo. Peek: “McElmurry attended the State University of New York at Purchase and the School of Visual Arts in New York City…From 1992 to 1998, she and her husband owned and operated Nutglade Station, a hotel, cafe and bar; while there, she began writing and illustrating children’s books, a lifelong dream. ”

Obituary Note: Jill McElmurry from Shelf Awareness. Peek: “McElmurry began her career working for 20 years as an editorial illustrator, creating art for magazines, book covers, posters and design projects in the U.S. and Germany. She then turned her attention to children’s books, fulfilling her dream of being an author and illustrator. Her first book, Mad About Plaid, was published in 2000.”