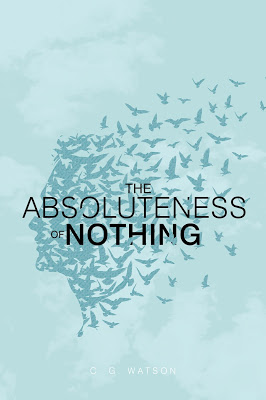 The Absoluteness of Nothing by C.G. Watson (Simon Pulse, May 2017) releases today in paperback. From the promotional copy:

Caleb Tosh has suffered one personal trauma too many, but this last one – the sudden departure of his mom – has pushed him down a dark and disorienting path.


His favorite video game, the Boneyard, becomes his go-to coping mechanism, and Tosh gladly gets lost in the maps of the game rather than moving through the landscape of his own grief.


As Tosh falls further and further down the rabbit hole of abandonment and loneliness, he doesn’t see that there are others fighting both virtual and real-life battles alongside him.


What will it take for Caleb Tosh to leave the safety of the Boneyard, rejoin reality, and deal with the wreckage of his actual life?

C.G. Watson is an author, youth activist, and veteran teacher from Northern California. In 1986, she earned a Spanish degree from California State University Chico, a teaching credential the following year, and a masters in education in 1994.

In 2000, C.G. was given a life-changing opportunity: to bring anti-bullying and conflict resolution programs to the high school where she taught. For five years, she coordinated the powerful Challenge Day program, and created and ran a successful student mediation program as well. These have become the heart of her work as both a YA author and youth activist.

C.G. Watson co-founded Never Counted Out, a non-profit organization that provides books and creative mentorship for students, schools, and youth programs whose access to both books and mentorship is limited. C.G.’s debut novel was Quad (Razorbill, 2007) and her novel Ascending The Boneyard (Simon Pulse, 2016) is re-released today in paperback under a new title, The Absoluteness Of Nothing.

One Reply to “Book Trailer: The Absoluteness of Nothing by C.G. Watson”