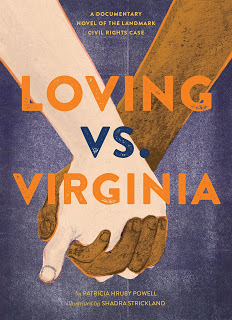 An Interview With Loving vs. Virginia Illustrator Shadra Strickland by Jennifer Tolo Pierce from the Chronicle Books blog. Peek: “The challenge for me was to retain the looseness and spontaneity of the drawings as if I were drawing right in front of each scene. I had to make up each scene by constructing collaged elements using photographs of the Lovings that I found online.”

Six YA Titles That Epitomize #OwnVoices by Sarah Hannah Gomez from School Library Journal. Peek: “#OwnVoices is an adjective that describes a book, not a person. By definition, writing about a person who shares your identity makes your story #OwnVoices, and the point of the hashtag is to identify characters who are marginalized.” See also, Sarah’s There Is A Difference Between Middle Grade and YA Lit & It Does Matter from The Learned Fangirl.

Kwame Alexander Joins Society of Children’s Book Writers and Illustrators Board of Advisors. Peek: “’The SCBWI Board of Advisors is comprised of the most prominent, thoughtful, and devoted creators in the field of children’s literature, who help define our mission, establish new programs, and serve our membership. Having Kwame come aboard, bringing his commitment to the field and ardor for literature, is a gift to us all.’” 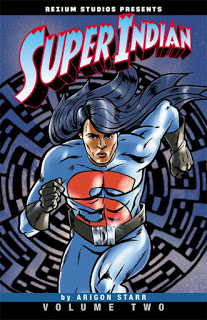 Illustrator Roundtable by Jennifer Baker from We Need Diverse Books. Peek: “Arigon (Starr): I broke into the industry as a writer. Super Indian was created as a radio series, and I adapted the scripts I’d written for the radio show into longer, more detailed comic book scripts. Luckily for me, I had drawing and art skills and didn’t fear learning new computer skills…”

We’re The People: Summer Reading 2017. Peek: “Books written or illustrated by Native Americans or people of color? Books that include characters who are Native? People of color? People with disabilities? LGBTQ? Take a look at these!”

Rick Riordan Imprint Acquires First Three Titles by Sue Corbett from Publishers Weekly. Peek: “Riordan paused from his own writing to work with editorial director Stephanie Lurie in selecting manuscripts for the imprint, which has a goal of publishing stories from underrepresented cultures and viewpoints.” Authors Yoon Ha Lee, Jennifer Cervantes and Roshani Chokshi will lead the imprint’s list in 2018. 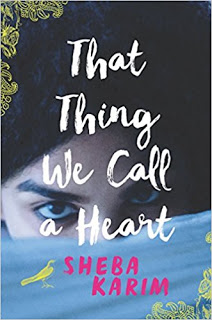 Why I Wrote That Thing We Call A Heart by Sheba Karim from Epic Reads. Peek: “Growing up, I couldn’t find myself in any books I read; in the realm of books, TV and Hollywood films, South Asian-Americans simply didn’t exist. This childhood longing to see myself reflected even once in books or pop culture is what motivates me to write books with South Asian and Muslim characters today.”

When Writing is Actually About Waiting by Joe Fassler from The Atlantic. Peek: T. S. Eliot’s poem East Coker, written after a four-year drought “….is a prayer for creative release: for the ability to remain patient, to find peace inside of doubt, to hear music in the quiet….(Hannah) Tinti explained how the poem taught her to push the outside world away and write for the right reasons—without hope for success or fear of failure…”

Growing a Writer’s Tree by T.A. Barron from his blog. Peek: “How can I possibly make sense of a craft so amorphous and shape-shifting that it seems to have no rules or boundaries? The answer, I’ve found, lies in treating your creation as a living, breathing organism. A tree.” 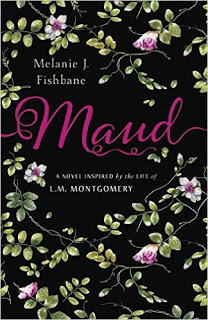 Melanie Fishbane and Maud by Adi Rule from the VCFA Launchpad. Peek: “For some people who write historical fiction the issue is not enough material, but with L.M. Montgomery, the issue is that there is so much. Montgomery was very particular about what she left behind. She burned her correspondence before she died, and copied out her journals into uniform ledgers, destroying the originals.”

The Complex Power of Mapping the World of Your Novel by Barbara O’Neal from Writer UnBoxed. Peek: “As I make a map of my imaginary world, I make it less imaginary and much more real by walking through it over and over, crossing the street to the bakery….I create new neurons, real neurons, even if the map is of an imaginary world.”

On Writing Lessons and the Power of Failure Learned from NASA by Shelley Sackier from Adventures in YA Publishing. Peek:”Yeah, you read that right. NASA. I’ve learned more about craft of writing from the National Aeronautics and Space Administration than I have from the one gazillion how to books lining my workspace shelves.” 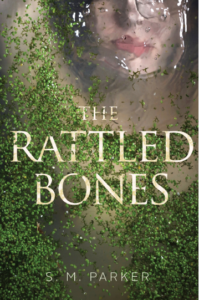 How I Learned to Query by Working as a Lit Agency Reader by Shannon M. Parker from Writer’s Digest. Peek: “As I was reading submissions, I became skilled at seeing where writers buried plot under too much backstory. Used too many ‘info dumps.’ Filled the manuscript with ‘telling’ instead of ‘showing.'”

How to Optimize Your Amazon Author Central Pages by Penny Sansevieri from Jane Friedman‘s blog. Peek: Readers tend to use Amazon to look at an author’s complete list of books, so by optimizing your Author Central page, you’ll find that you draw in more repeat readers than before….Every author, regardless of when or what they’ve published, has an Author Central page.”


Should You Have More Than One Bio? YES. Here’s Why… by Sophie Masson from Writer UnBoxed. Peek: “Each of them will be written for particular purposes, whether that be pitching for genre-specific projects, for festivals and conferences, or for book proposals and blurbs. Each of them will have a slightly different angle, though they encapsulate the same basic biographical and bibliographical information.”

Guard Your Time by Jane LeBak from QueryTracker. Peek: “…note that some people are not going to give as much as they expect you to give them. They think it’s fine to join a query-letter critique forum and immediately post their critique, their synopsis, and their first five pages, then never comment on anyone else’s submissions… they don’t want a give-and-take relationship, so it’s okay to back off.” 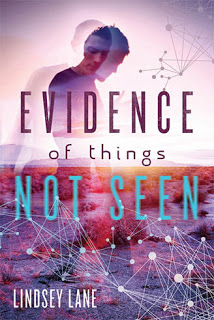 A Dead End that Changed My Direction by Lindsey Lane from Storeybook Reviews. Peek: “Each time we come to the pages of our manuscripts, we bring our history as well our intention to tell a true and honest story. We quarry for the best nuggets and we line them up one by one leading the reader deeper into the world we have created.”

New Book, New Writing Process? Why Changing It Up Works by Heather Webb from Writer UnBoxed. Peek: “Each of your manuscripts will have different characters. plotlines, structures. Different needs. This will undoubtedly affect your writing process. This is not only okay, it’s good. It means you’re probably doing something right. It means you’re growing.”

When Good Characters Behave Despicably (and They Should) by Kim Bullock from Writer UnBoxed. Peek: “Characters who infuriate can leave more of a lasting impression upon readers than ones who are simply likable. Think Nick and Amy in Gone Girl or Humbert Humbert in Lolita. I despised all of them, but I remember their stories years later.”

How to Make Your Readers Believe the Unbelievable (or, The Importance of Facts in Fiction) by Colleen Oakley from Writer UnBoxed. Peek: “Though fiction I’m obviously making up, I rely heavily on the research and reporting skills I honed in journalism to help guide and craft my novels….the best fiction always has at least a small basis in fact.” 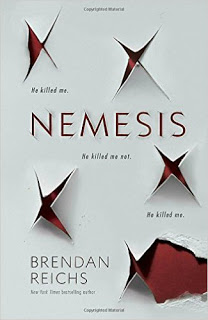 Brendan Reichs on Nemesis by Amanda West Lewis from the VCFA Launchpad. Peek: “I had to cut a lot of information I’d included about the vacation town of Fire Lake…I spent months diligently constructing and building up my imaginary community, and I wanted it all to go into the book. But, sadly, including it made the first part read like a travelogue and slowed the plot….”

The Outsiders – and YA Lit – at 50: An Interview with SE Hinton by Kelly Jensen from BookRiot. Peek:”….the intensity of the feelings at that age–the awareness of injustices, the emotional responses, I felt like that at sixteen and the readers realize they are not alone in that. I couldn’t have written it four years later. And that’s why I will never attempt it.” 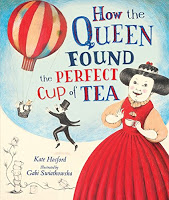 Kate Hosford and How the Queen Found the Perfect Cup of Tea by Adi Rule from the VCFA Launchpad. Peek: Uma (Krishnaswami) really encouraged me to turn colonialism on its ear and create child characters that are thoroughly unimpressed with royalty. Thank goodness she did. At that point the story became more meaningful, and also funnier.

Congratulations to Frances Hardinge, winner of the L.A. Times Book Prize for YA Literature for The Lie Tree (Harry N. Abrams, 2016) and winners and honorable mentions for the Freeman Awards from the National Consortium for Teaching About Asia.

For SCBWI members, second-round voting for the Crystal Kite ends on April 30. Log in to vote for the finalists in your region.

This Week At Cynsations 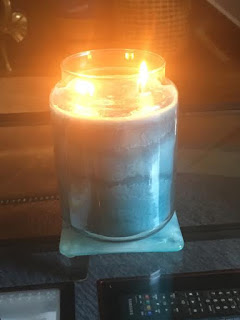 The precipice! I always say that about short stories, that they should lead the reader to the precipice of change.

This week I’ve been wearing my Teacher Hat, grading my third of six rounds of packets by VCFA students. Both of my critical thesis students have much to celebrate! Huzzah!

As for me, I’m about to embark on the last rung of revision before sending my YA realism manuscript back to my Candlewick editor.

To be honest, I’ve been fiddling over the week, adding the smallest brushstrokes of clarity, of culture, of personaliy and dialogue. Probably readers will never notice them in specificity, but in this moment, they feel crucial to me and will, ultimately, matter to the novel in the whole. Um, or not.

What does that mean in practical terms? It’s Friday! Between now and “Star Wars” Day, I can probably read the whole thing and key in changes five times. And then the lovely Gayleen will read aloud to me to double check line edits…. And then? Well, kittens, May the Fourth Be With Us!

Meanwhile, do you have a question for me? If so feel free to send it in the comments or via DM on Twitter or by email. If enough of interest come in, I’ll answer them in an interview format. Thanks!

In between revising my WIP, I’m still sorting through my visit to the Texas Library
Association conference.

As a first-time attendee, I felt a little overwhelmed and spent all my time walking back and forth through the exhibit hall racing to signings and taking pictures.

I managed to catch Gwendolyn Hooks with the last copy of Tiny Stitches: The Life of Medical Pioneer Vivien Thomas, illustrated by Colin Bootman (Lee & Low, 2016), winner of the NAACP Image Award for outstanding literary work for children and listed on The Best Children’s Books of the Year by Bank Street College of Education. 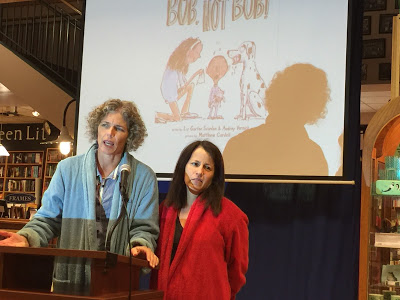