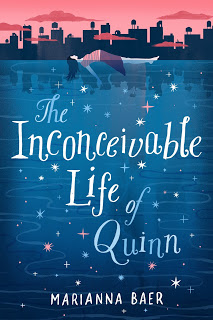 We welcome Marianna Baer to talk about her new YA novel, The Inconceivable Life of Quinn (Amulet, April 2017). From the promotional copy:
Quinn Cutler is sixteen and the daughter of a high-profile Brooklyn politician.

She’s also pregnant, a crisis made infinitely more shocking by the fact that she has no memory of ever having sex. Before Quinn can solve this deeply troubling mystery, her story becomes public. Rumors spread, jeopardizing her reputation, her relationship with a boyfriend she adores, and her father’s campaign for Congress.

Religious fanatics gather at the Cutlers’ home, believing Quinn is a virgin, pregnant with the next messiah. Quinn’s desperate search for answers uncovers lies and family secrets—strange, possibly supernatural ones.

Might she, in fact, be a virgin?
What first inspired you to write for young readers?


I never grew out of my childhood love of picture books and novels for kids/teens, but it wasn’t until my 30s that I discovered my passion for writing them—through a somewhat circuitous route!

In college and after, I was all about visual art—I both made art myself and was the director of a gallery in New York City. On a bit of a whim, I took a class in editorial cartooning at the School of Visual Arts.

At the end of the semester, the teacher asked if I’d considered illustrating children’s books – he thought my style would lend itself well to them. Despite my love of children’s lit, this possibility hadn’t occurred to me before. Taking his advice, I moved onto classes in illustrating kids’ books, taught by the wonderful Monica Wellington (a mentor to many in the field).

Monica had us write stories so we could practice illustrating complete narratives.

After the class ended, I continued writing and illustrating book dummies. I still didn’t consider myself a Writer—I just wanted to have dummies to show publishers my illustration abilities.
To strengthen my stories, I took an online class in writing for children of all ages. At the end of the semester, the teacher told me she thought my YA voice was particularly strong and that I should give a novel a try.
Uh…what??? I had never considered myself capable of writing a novel. But, hey, what did I have to lose? I came up with an idea and started writing a draft.

And I never looked back. As much as I loved picture books and considered myself a visual artist, writing YA felt like coming home. (Not to mention that novels are easier than picture books. After 15 or so years of trying, I still haven’t written a great picture book!)

So, long story to say that while I always loved literature for kids, my path to writing for young readers was shaped by following my interests, listening to teachers, trying new things, and staying open to where I was led. 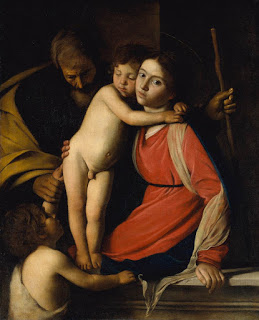 I saw the Virgin Mary.
Well, sort of. There was this girl I used to see running in the park near my house, and something about her intrigued me. She looked like a “good girl” who was dealing with some difficult things behind the façade of perfection.
Around that same time, I saw a painting of the Virgin Mary by Caravaggio at the Met. And it was the girl from the park! Caravaggio’s Virgin Mary from 1610 looked exactly like her.
I thought to myself, “Aha! So that’s what the ‘good girl’ is dealing with!” A contemporary virgin pregnancy in Park Slope, Brooklyn.
I knew it was a book I wanted to write.


Ha! This question made me laugh, as an easier one to answer would be “What wasn’t a challenge in bringing the text to life?”

Everything was a challenge! Finding the right point of view, figuring out what the character would do in this very strange situation, crafting the mystery, handling the religious aspects thoughtfully…

So, yes, I’m actually going to answer the alternate question, “What wasn’t a challenge?”

What wasn’t a challenge in bringing this book to life was maintaining my interest in the story.
It was nine years from conception to publication, and while I wasn’t working on it that whole time, there were many years of labor and many challenges involved. And I can’t think of a moment when I lost my sense of engagement with the story.
Sure, there were times when I wanted to give up because I felt like I couldn’t do it. But I never lost the desire to get the story out of my head and onto the page.
I can’t say I love every single word in the book – I’m the type of writer who will lie in her grave wishing she could edit the words on her headstone – but I do love the story.

I understand you already knew your editor before she acquired The Inconceivable Life of Quinn? What was it like working with a friend?

I knew Maggie from Vermont College of Fine Arts, where we both got our MFA in writing for children and young adults.
Looking back, I’m surprised I wasn’t nervous that having a previous friendship with my editor might cause sticky situations. But, in any case, the nerves would have been misplaced.
Knowing Maggie made me comfortable communicating with her, helped me trust her advice (because I already knew how smart she was), and generally made me feel that my book was in very, very good hands.

And can I just give a shout out to the entire team at Amulet/Abrams?

During the whole publication process, I felt like they cared so much about the book. For example, not only is the cover the most gorgeous cover ever (thanks largely to the illustration by Christopher Silas Neal), but the book is beautiful without the jacket, too! 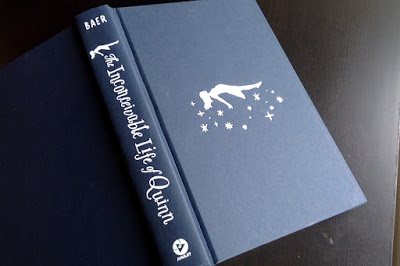 And instead of using black ink in the interior, they used deep blue! I will never stop being amazed by how beautiful the whole thing is as an object. 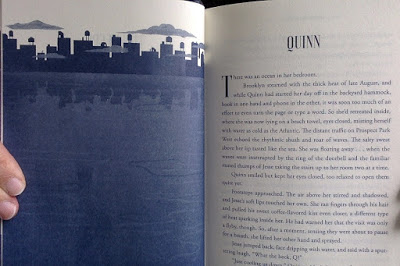 
This is all very common advice, but it can’t be said enough:

1. Read! Read widely and voraciously in your genre—classics and contemporary, best sellers and award winners, books recommended by librarians and booksellers….

When you fall in love with a book, tear it apart. Figure out why you love it. Analyze every aspect. If it’s a picture book, type out the text to see what that reveals. If it’s a novel, type out a scene to feel the rhythm of the prose.
I think reading widely and critically is the single most important thing a beginning writer can do.

2. Get feedback on your stories. Not from your kids and family members. Or, at least, not only from them. Find other writers in your area or online and join a critique group. Take a class if you can.

3. Know that the process of writing and revising a book, and the process of getting published, can take a verrrrrrry long time. Don’t be in a hurry. It’s like any skill—you need to put in the hours to get where you want to be.

In some ways, no matter what happens in your career, your pre-publication days of experimentation and learning will be glory days—enjoy them! 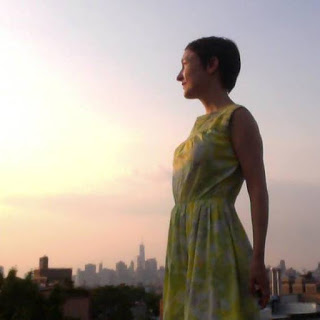 Marianna Baer received an MFA in writing for children and young adults from Vermont College of Fine Arts, and a BA in art from Oberlin College.

She also attended boarding school, where she lived in a tiny dorm called Frost House, the inspiration for her first novel, Frost (Balzer & Bray, 2011). She currently lives in Brooklyn, NY, the setting for The Inconceivable Life of Quinn.

Publishers Weekly gave The Inconceivable Life of Quinn a starred review. Peek: “In a suspenseful and thought-provoking novel, Baer tackles the illusiveness of memory (especially in regard to trauma), media firestorms, fear of the unknown, and the complexities of faith, without ever turning didactic or allowing Quinn’s story to fall into melodrama.”