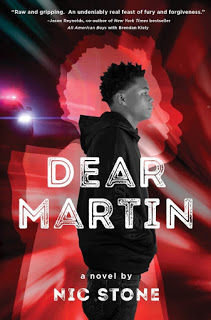 New Crop of Young Adult Novels Explores Race and Police Brutality by Alexandra Alter from The New York Times. Peek: “Teachers and librarians across the country have embraced the new body of children’s literature dealing with racial bias and injustice.”

Ibi Zoboi: At the intersection of broke and broken by Alice Cary from Book Page. Peek: “‘I’m kind of —not literally—driving down American Street on Google maps and I come across a Joy Road. . . . . I see that there are these little shotgun houses very close together, and it hit me right then and there. It’s real: There is an American Street intersection. It was just perfect.'”

Ellie Terry Talks Tourette Syndrome and its Representation by Mishma from Chasing Faery Tales. Peek:”…some of the inspiration came from my oldest daughter, who also has T.S. She loves to read and I was searching for middle-grade novels with characters with T.S. to share with her, so she wouldn’t feel so alone. I found exactly… one. And it had been written twenty years earlier. (There may be more that I am not aware of.)”

Guest Post: Marc Aronson and the Design and Flow of Nonfiction by Elizabeth Bird from School Library Journal. Peek: “…in really good photo-illustrated nonfiction books text, image, and design are as carefully and narratively linked as in a 32 page picture book – yet we cannot create any images, images generally need to fall in chronological (as well as visual) sequence, and we must work out the design over 100, 200, even 300 pages.” 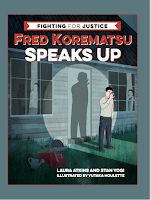 Stan Yogi & Laura Atkins on Fred Korematsu Speaks Up by Uma Krishnaswami from Writing With a Broken Tusk. Peek: (From Stan) “His story is all the more important now with threats to Muslims, immigrants, refugees, communities of color, women and LGBT people. Kids need to know that we can organize and fight against injustice, just like Fred.”

Industry Q&A with Alvina Ling by Kheryn Callender from CBC Diversity. Peek: “Go to book events. Meet authors, illustrators, agents, editors, publicists, etc. You never know where opportunities will come from. And, of course, read like crazy and know the market. That’s so crucial, no matter what department you’re in.”

Bologna 2017: Agents Talk Children’s and YA Trends by Diane Roback from Publishers Weekly. Peek: Agent Barry Goldblatt says he’s seeing more queries from #OwnVoices writers. “I’ve been making a concerted effort to reach out to marginalized writers, and I’m sure that is impacting the number who are querying me. We’ve still got a really long way to go, but the efforts of groups like We Need Diverse Books, and the high-profile successes of authors like Nicola Yoon, Angie Thomas, Sabaa Tahir, and others feels like it’s not just opening doors, but smashing down walls.” See also BolognaFiere to Launch Rights-Oriented Trade Show in 2018 in NYC.

Embracing Perseverance by Vaughn Roycroft from Writer Unboxed. Peek: “…though the word change might seem to contradict the phrase continue in a course of action, I believe change, or at least adaptability, is essential to maintaining any worthy pursuit. And that the ability to maintain a pursuit is essential to growth.” 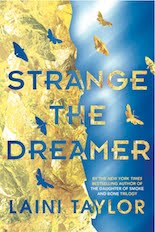 Peek: Laini began “crafting complicated worlds and crafting beautiful sentences” early, but had difficulty with full drafts. “Now I understand that it was a paralyzing perfectionism that kept me from ever actually writing. I know so many people with these same issues—they give up writing because they think it should come more easily and more naturally. They don’t realize it’s hard.”

Character Motivation Thesaurus Entry: Pursuing Justice for Oneself or Others by Becca Puglisi from Writers Helping Writers. Peek: “If you read enough books, you’ll see the same goals being used for different characters in new scenarios…..we’d like to explore these common outer motivations so you can see your options and what those goals might look like on a deeper level.”


Researching for Truth in a Tale of Fiction by Charlotte Bennardo from Middle Grade Ninja. Peek: “Just because you’re writing a fantasy/animal/adventure/whatever story doesn’t mean there’s no research. If anything, you have an unspoken obligation to be as factual as possible because you’re writing for readers who may not know fiction from absurdity.”

For Middle Grade Writers: 5 Gems from a School Counselor by Mary E. Cronin from Project Mayhem. Peek: “…kids at this age turn themselves into ‘porcupines,’ using distancing behaviors like eye rolling and sarcasm to hold adults at bay….At the same time, ‘as soon as you step around their defenses, you realize that every kid needs connection’…..consider: how does my character both crave connection and create distance from sources of support…?”

How to Produce an Emotional Response in Readers: Inner Mode, Outer Mode, and Other Mode by Donald Maas from Jane Friedman’s blog. Peek: “All three paths to producing emotional responses in readers are valid, but all three have pitfalls and can fail to work. To successfully use each, it’s necessary to understand why each is effective when it is.”

School Author Visits 2.0 by Vicki Cobb from The Huffington Post. Peek: “How could we make research, love of content and the creation of works to be shared with others—the motivation behind our careers—become something students do? Children’s authors have hard-won skills; we must make difficult concepts accessible, we must be engaging, we must build the motivation to learn into the craft of writing.” Cobb founded  iNK Think Tank, an organization of award-winning children’s nonfiction authors. Its Authors-On-Call division uses interactive videoconferencing to bring authors into classrooms.

Please Don’t Talk About Your Book by Barbara Dee from Nerdy Book Club. Peek: “‘This is a politically polarized community,’ …Teachers have been advised to be ‘careful,’ so that they don’t inflame tensions which may have been exacerbated by the recent election….’We thought it was great when you spoke about inclusion and tolerance and the need for diversity in kidlit….We just want you to keep it general.’”

2017 Anna Dewdney Read Together Award Finalists Announced by Emma Kantor from Publishers Weekly. Peek: Penguin Young Readers, the Children’s Book Council (CBC) and Every Child a Reader have teamed together for this award honoring the late author and illustrator of the Llama Llama (Viking) series. “The award will be given to a picture book published in the U.S. during the previous five years that inspires empathy and connection and makes for an exceptional read-aloud.” Author and illustrator will share a $1,000 prize from the CBC, and Penguin will donate $5,000 worth of copies of the winning book to an organization chosen by the winner. 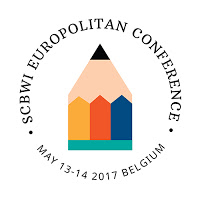 Not to worry, my YA manuscript is still actively in the works, though my part of that is largely jotting down the occasional note on a hardcopy of the manuscript. It’s off to two terrific readers, though–both well versed in literary craft and, equally importantly, possessing of sensitive and intuitive hearts. I look forward to receiving comments this weekend and diving back in next week. Meanwhile, I’m writing recommendation letters and keynotes for upcoming conferences (see below).

I hope your writing, illustrating, educating, publishing, book-loving life is as productive and satisfying, with the understanding that we all experience our ebbs and flows.

My Link of the Week is: A Creek Woman Visits Andrew Jackson’s Tomb by Stacy Pratt from Indian Country Today. Peek: “His spirit lived on in boarding schools and urbanization, in poverty and suicide, in court cases and unsolved murders. In a Creek girl standing at his grave, unable to explain herself in a language her ancestors would understand.” 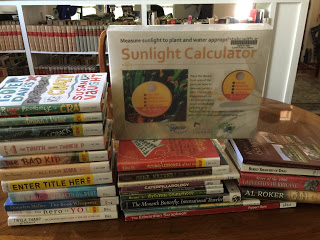 The library has always been one of my favorite places. On average, I visit twice a week and usually end up checking out more than I can possibly read before the due date.

I justify this by telling myself books being circulated more shows city leaders the library is being used. I’m always pleased when I find something unexpected. This week my surprise treasure was a “sunlight calculator” to measure whether my flowerbed is “partly shady” or “mostly shady.”

Yesterday I was very excited to learn the ALA is having a Virtual Library Legislative Day so I can let Congress know how important libraries are too.