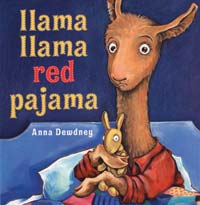 Anna illustrated a number of books in the 1990s, then became an author/illustrator with the publication of Llama, Lama Red Pajama (Viking, 2005). Since then, Llama Llama and his Mama have appeared in 18 additional titles and sold more than 10 million copies. A Netflix series based on Dewdney’s books is expected later this year.

Publishers Weekly shared thoughts from Jen Loja, president of Penguin Young Readers, “The entire Penguin Young Readers family is heartbroken. And as we grieve, we also celebrate Anna’s life, in dedicating ourselves to carrying forward her mission of putting books into as many little hands as possible. We will miss her so, but consider ourselves to lucky to be her publishing family and her partner in her legacy.” 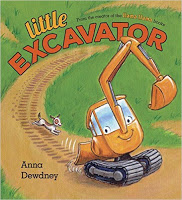 In 2013, Anna wrote an opinion piece for the Wall Street Journal: How Books Can Teach Your Child to Care. Peek: “When we read with a child, we are doing so much more than teaching him to read or instilling in her a love of language,” she wrote. “We are doing something that I believe is just as powerful, and it is something that we are losing as a culture: by reading with a child, we are teaching that child to be human. When we open a book, and share our voice and imagination with a child, that child learns to see the world through someone else’s eyes.”

Anna requested those wishing to honor her should read to a child.