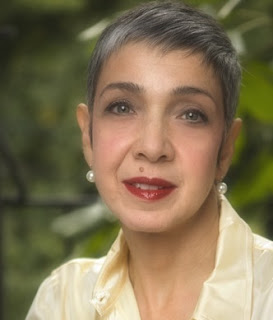 I’ve alway thought of myself as a girly-girl writer. Although I’ve written bios for kids that appeal to both boys and girls—many of them in the popular Who Was series (Grosset & Dunlap) —my real love is girl-friendly stories. I like dolls—no fewer than five of my children’s books have had the words doll or doll house in the title—and all the girly stuff that goes with them. I also like kitties, pretty dresses, and tea parties, and all these things find their way into the fiction I write for kids.

I never saw this as a particular problem or even issue to be addressed. As the fans of mystery, dystopia, humor and fantasy can happily attest, subsets in the field of children’s books abound, and there are many ways to make readers happy. So writing books that appealed chiefly to girls didn’t seem like an issue to me.

But a chance meeting with an editor from Boys’ Life made the first chip in my frilly, feminine facade. We had been invited to speak on a panel together and when it was over, she encouraged me, strongly, to consider writing fiction for the magazine. I was flattered but didn’t think I was the right person for the job. I felt like I was too far out of my comfort zone and I wasn’t confident I could do it. But an invitation from an editor is something to take seriously, so I began to play around with some ideas, eventually settling on a story set in 1941 that was slated for the December 2016 issue. That was the 75th anniversary of the Japanese invasion of Pearl Harbor and in my story, a 12-year-old boy finds himself defending his best friend, Kenzo, a boy whose Japanese family had arrived in the United States some 10 years prior. It was about the need for facing down prejudice and bigotry and it advanced a message of tolerance and acceptance. The editor liked what I had written and asked for more stories, which I was happy to provide. 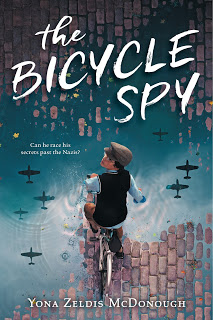 So when I was tapped by an editor from Scholastic to write what eventually became The Bicycle Spy (Scholastic, 2016), I had already taken some tentative, baby steps across the gender line. Scholastic wanted a book about a 13-year-old boy who lives in the Southwest of France during World War II. His parents own the bakery in town. Unbeknownst to him, they are members of the French Resistance and he’s been delivering the messages that they have baked into loaves of bread. He’s also an avid cyclist and fan of the Tour de France—suspended during the war years—and bicycling was to play a major role in the story. And he had a new friend in school; when he learns the truth about her family, he is called on to help them escape. These were the bare bones—the rest was up to me.

I was now faced with writing a book whose primary audience would be boys, a much more challenging and complex task than writing a 1,200 word magazine story. If I was going to succeed, I needed to widen and expand my range as a writer. This made me very nervous. Yes, I had written boy protagonists, but always in the short run. Could I sustain a boy’s point of view and hope to engage boy readers for a whole chapter book? I sure hoped so!

To my surprise, I found the task less daunting and more exciting than I expected. I wanted to make my protagonist Marcel appealing and relatable, so I turned him into an unlikely hero: small for his age, bespectacled and the unhappy target of the class bully’s teasing and aggression. Marcel loses to his best friend in a game of chess, flubs the occasional answer in class and dreams constantly of being stronger, taller and faster—like the winners of the bicycle race he reveres. And yet, for all his flaws, he’s also shown to be brave, loyal and determined.

As Marcel’s story evolved in my mind, I realized I wanted it to include a female component, something that would appeal to girls as well as boys. And so I began to develop the character of Delphine Gillette, the new girl at school who loves cycling as much as he does and is revealed, midway through, to be Jewish. Her family has fled Paris and is hiding out in this small town, protected by the false papers her father has been able to procure. But when the Nazi presence intensifies, Marcel learns that the papers of the residents, particularly those newly arrived, are going to be scrutinized carefully. Delphine and her family are no longer safe. They will need to flee again and it is Marcel who is instrumental in the daring plot to help them find their way to freedom.

As I wrote, I tried to keep the concerns of both boys and girls 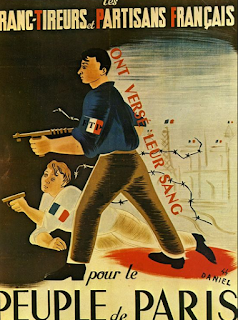 balanced in mind. I knew that boys would like the suspense aspects of the story, the coded messages, and the workings of the Resistance movement, as well as the descriptions of both the occupying soldiers and the French gendarmes who supported them. I also made sure to include details about Marcel’s relationship to his parents—his mother’s worry and occasional tendency to nag, his father’s pride in his courage—as well as the push-and-pull with his school friends.

For the girl readers, I explored Delphine’s experiences as the new girl in town, her efforts to fit in and be liked, but also her spunk and her courage. I added references to the clothes she wore—because yes, girls do care—and her affection for her pet cat.

But as I got deeper and deeper into the story, I also began to notice a certain softening of gender lines and began to realize that the concerns of these two characters were more alike than different. They both loved cycling, worried about their place in the social pecking order, and had to deal with parental expectations. Both faced the awful upheavals of war and both feared an uncertain and potentially devastating future.

I had started out believing that boys would relate to Marcel, and girls to Delphine; I came to see that each of these characters would have appeal for the other gender. It’s a revelation that I hope to carry with me when I approach my as-yet-unwritten next book. Writing for boys taught me something about writing for girls and I am glad to have discovered that that universe of fiction is far broader—and more inclusive—than I had formerly imagined.