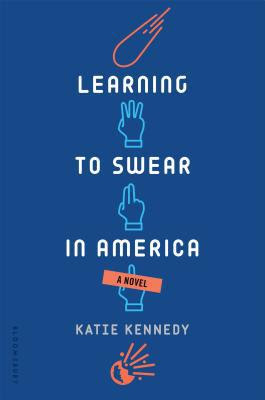 Katie Kennedy is the first-time author of Learning to Swear in America (Bloomsbury, 2016). From the promotional copy:

An asteroid is hurtling toward Earth. A big, bad one.

Maybe not kill-all-the-dinosaurs bad, but at least kill-everyone-in-California-and-wipe-out-Japan-with-a-tsunami bad. Yuri, a physicist prodigy from Russia, has been recruited to aid NASA as they calculate a plan to avoid disaster.


The good news is Yuri knows how to stop the asteroid–his research in antimatter will probably win him a Nobel prize if there’s ever another Nobel prize awarded.

But the trouble is, even though NASA asked for his help, no one there will listen to him. He’s seventeen, and they’ve been studying physics longer than he’s been alive.


Then he meets (pretty, wild, unpredictable) Dovie, who lives like a normal teenager, oblivious to the impending doom. Being with her, on the adventures she plans when he’s not at NASA, Yuri catches a glimpse of what it means to save the world and live a life worth saving.


Prepare to laugh, cry, cringe, and have your mind burst open with the questions of the universe.

Research was a huge part of writing Learning to Swear in America. The book is about an incoming asteroid, and the main character, Yuri, is a physics genius. I’m not.

I knew I didn’t want the book to be science-free. I mean, how could it be? It would be like a biography of a poet that doesn’t talk about the poetry—it would be missing a crucial element. 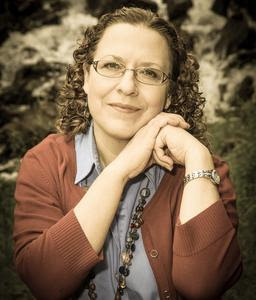 A physician friend told me about a Morbidity & Mortality meeting he attended as a young doctor. The physician in charge strode out onto the stage and wrote on the marker board:

The man turned to the assembled doctors and said, “The first two will happen. You will have patients die for both those reasons.”

Then he slammed the side of his fist against the board and roared, “But by God it better never be because you were too lazy to Do. Your. Job.”

That’s how I felt about approaching research for Learning to Swear. I didn’t know enough. I would make mistakes. But it wouldn’t be for lack of trying.

I read Neil deGrasse Tyson, Brian Greene, Michio Kaku, and articles written by astrophysicists—for astrophysicists. You can find science simplified for the average educated reader—the basics on asteroids, for example. But if you want simplified information on spectral analysis? Forget it.

NASA’s website has all sorts of tables about asteroids, and it was a go-to source—until I discovered that the government shutdown also shuttered NASA. It was inconvenient not to be able to access information on which I was used to relying. It was chilling to realize that the people who usually stand sentry for Earth had been pulled in.

I should mention that a physicist who’s involved in security issues read for me—this is Dr. Robert August—and did me a world of good. Not only did he help me get the equipment right, but he corrected me on little cultural things. For example, he said that the computer programmers would have the name of their favorite pizza place written on their marker board. I included that.

Almost everything in the scenes with the programmers came from information Bob shared. He’s been in these kind of meetings, so that was incredibly helpful. 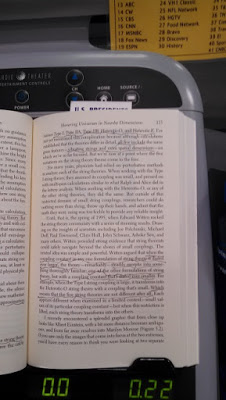 My biggest problem—outside of lack of background knowledge—was that I had envisioned exacerbating the problem mid-book by having the asteroid’s speed increase, so that it would arrive sooner than they expected.

Then I discovered this would violate the laws of nature.

Stupid laws of nature.
By this point I had half the book written, and knew I had to find another way to make it harder for Yuri to stop the asteroid.

So I ate a lot of mint chocolate chip ice cream and did more reading—and somewhere in the tiny print I found my answer.

I did a little happy dance, and my husband asked why. “I found a way for an asteroid to smash the Earth, and we couldn’t do anything to stop it!”

He gave me a very strange look.

Learning to Swear in America is based on an Immanuel Kant quote:

“Do what is right, though the world should perish.”

I teach college history, and we talk about Kant as part of the Enlightenment. That quote is one that hooked my imagination—I remember walking across the college parking lot thinking, Yeah, but what if the world really would perish? What then?

This book is the outgrowth of my conversation with Kant about that.

So I think being an instructor is helpful in several ways. First, history is narrative–essentially I tell stories to my students. Some of them are pretty good!

I look at the names in my lectures—the Gracchi, Charlemagne, George Washington—and I’m so grateful that I get to share their stories with my students. What a privilege!

Also—what good practice in storytelling. I get to see immediately when the students’ attention flags.

Second, I come in contact with interesting material all the time, through reading in support of my day job, and even through my own lectures—like the Kant quote.

In fact, the main character of my next book was inspired by an historical figure—but I’m not saying who it is.