In updating the Awards for Children’s and YA Literature By State for Cynthia Leitich Smith’s author website, I discovered several programs and librarians taking unique or creative approaches to build interest in the books.

Here’s a closer look at a few of those programs:

Emporia State University hosts a Read-In and Sleepover for students to meet the winners of the William Allen White Award (named in honor of the Kansas newspaper editor whose autobiography won the Pulitzer Prize in 1947.)

About 80 students meet the winning authors, play board games and go swimming in the campus pool. Sleeping bags are spread out on the floor of the rec center where there’s a lights-out-at-10-p.m. policy, but with so many avid readers in attendance, there’s sure to be lots of flashlights under the covers.

On Saturday morning, about 500 students attend the Celebration that includes art activities provided by the Emporia Arts Council, skits from ESU theater students, and a school spirit competition. A ceremonial presentation of the William Allen White Book Award by student representatives follows.

Georgia Children’s Book Awards hosts a two-day conference aimed at showing teachers and librarians ways the books can be used in the curriculum, along with presentations by authors and illustrators. For those who can’t make the conference, an outline of curriculum ideas.

The conference also includes the final round of the Helen Ruffin Reading Bowl. In 1986, library media specialist Helen Ruffin developed a competitive game format to question students about content of the nominees. She envisioned teams of students from different schools competing to test their knowledge. The competition grew and renamed in her honor following her retirement.

In 2004, a committee composed of Georgia Association of Educators and Georgia Library Media Association members set out to take the program statewide. Today, more than 600 schools across the state compete in regional, then division competitions before the finals are held at the conference.

Competition is also a reading incentive in Hawaii’s Children’s Choice Book Award, the Nene (in honor of Hawaii’s state bird.) Students compete in Kahoot! games or Nene Jeopardy. (Kahoot is a free game-based learning platform for creating a collection of questions on a specific topic. Learn more about it here.)

Pearl Harbor Elementary Librarian Denise Sumida started using “Jeopardy” games with her library classes in 2005 to build excitement about the nominees. She is also a Nene committee member.

She said, “Starting in 2008, I began video conferences with other schools as a way to promote the books, connect with other libraries/students, and to advocate for the Nene Award program.”

Games played in October, November and December are based on the winning book, while January, February and March games focus on the nominees.

Video conferencing allows schools to compete against one another without leaving the classroom, easing scheduling issues and eliminating travel costs.

“In general, students love to see themselves on camera and Google Hangouts allows us to view the broadcasts on YouTube,” Sumida added. “The Nene nominees are usually really popular at my school and the extra incentive of participating in a video conference encourages the students to read from the list.”

She’s seen an increase in reading participation since introducing the video conferencing with other schools. Last year, they began using Kahoot to focus on individual student knowledge of the Nene winner and the top three scorers were recognized at the Nene Ceremony.

Sumida advises other librarians thinking about introducing games to start small. She said:

In addition to the games, the Nene award also features an art contests for an animated film or a comic strip related to the winning book.

What does your school or library do to get students excited about the book awards in your state?

We’d love to hear about it in the comments below. 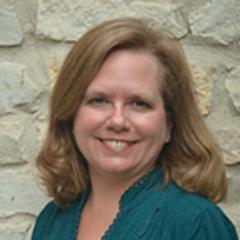 Gayleen Rabakukk holds a master of fine arts in writing for children and young adults from Vermont College of Fine Arts. She co-moderates the middle grade book club for Austin SCBWI and loves making discoveries – both on and off the page.

Always eager to track down a story, she has worked as a newspaper reporter, editor and freelance writer. Gayleen is married and has two caring and outspoken daughters. Their Austin, Texas home is filled with books and rescue dogs. You can find her online at  or on Twitter @gayleenrabakukk

Congratulations to Gayleen on recently signing with Andrea Cascardi at Transatlantic Agency!