Bridget Hodder
is the first-time author of The Rat Prince (FSG/Margaret Ferguson, 2016). From the promotional copy:


The dashing Prince of the Rats–who’s in love with Cinderella–is changed into her coachman by the Fairy Godmother on the night of the big ball.

And he’s about to turn the legend (and the evening) upside down on his way to a most unexpected happy ending!

Is it okay for me to say that getting to know Prince Char of the Northern Realm was a bit more like spirit possession than a process of discovery?

One day I was thinking about my dissatisfaction with the story of Cinderella and so many of its modern versions–the weak, passive main character, the inexplicable behavior of her negligent father, the mysteriousness of her stepmother and the insta-love between her and the prince.

Then I kid you not, I suddenly heard a voice in my head.

It was Prince Char, telling me to write his story–the real story. He has a commanding way about him (as befits royalty), and I basically just gave in. I couldn’t believe the words that were coming from my fingertips; details that were unique to his way of life, and the person he was, and the upbringing he’d been given at Lancastyr Manor in the Kingdom of Angland.

After that first otherworldly contact with Prince Char, I saw the events in the book as if they were a movie happening in front of me in real time, and I simply described what I saw and heard. It was incredible, exhilarating…and exhausting. 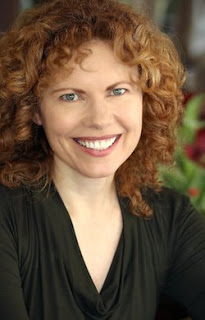 Though I’m devoting myself to writing full time now, I worked for many years with children who have various learning differences, primarily on the autism spectrum.

Interacting daily with people who sometimes literally can’t speak for themselves has taught me to listen, to pay attention, and be present with others in a much deeper way than I ever did before.

Human beings are wired for quick judgment based on obvious traits, like the way someone speaks or looks. But these things are not the totality of a person; they are the beginning of a story.

If you let others tell you their own stories, in their own ways, rather than making up stories about them in your head, you open up a whole new level of meaning in life.

I think that new awareness helped me go deeper into the point of view of every single character in The Rat Prince. People have asked me how I “figured out” the motivations for personalities on the fringe of the original Cinderella story, like Cinderella’s father, and the fairy godmother.

The answer is: I paid attention, and I realized their situations spoke for themselves. Just like with Prince Char, all I needed to do then was write what I heard them telling me.