(See this Book Riot list of 100 Great Translated Children’s Books from Around the World.)

I was fascinated that Qualey, a journalist for The Guardian and other outlets, takes such interest in children’s literature. She answered my questions for Cynsations by email.

As a journalist, why have you made #WorldKidLit Month a special project?

Many of the books I see promoted as “Middle Eastern literature” for children—indeed, almost all of them—are books written by Westerners and set in the region. Just so, we have floods of books by soldiers, aid workers, and journalists who spent some time in Iraq, for instance, and almost none by Iraqis.

Writing about other places is valuable, yes, but it’s another thing entirely to listen to the stories—the cadences, the art, the beauty—coming from another language.

I find it limiting and echoey to read the narrow band of “our own” Anglophone stories. We can offer our children much much more: more joy, and more ways of seeing.

What would you like the children’s literature community to gain from this annual event? 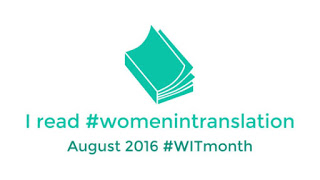 Just as with #WiTMonth (Women in Translation), I think it’s key to start with recognition—to recognize that we don’t translate much from around the world. We translate a bit from Western European languages, where publishers have connections, and that’s great. But the literature currently translated from the great Indian languages, from Chinese, from Turkish, from Farsi, from Eastern European languages, would fill a few small shelves. These literatures could give us so much!

I’m grateful for the bit translated from Japanese literature, which has been feeding our children’s imaginations in new ways. (And our grown-up imaginations, too.)

What was your own experience of literature as a child? Was your whole world represented in stories you read?

The world outside was a mysterious and scary place, difficult and sometimes painful to understand. But the worlds as presented in my books were so tangible, they really belonged to me, they could be read and re-read.

As for translations, I particularly loved folktales from around the world, and cherished not just Italo Calvino’s collection (which I read until it fell to bits), but Norwegian and Japanese and Arab and other folktales. The folktale is a wonderful global form where there has been much sharing from language to language, culture to culture.

Have you translated any literature for children?

Not in any serious or systematic way; just helping translate picture books for a friend. I would love to, but interest in Arabic kidlit has been vanishingly small.

What currently available Arabic>English kidlit translations would you recommend? 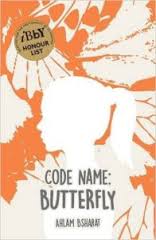 There are precious few, while children’s books translated into Arabic are many. (There are books from French and Japanese, for instance, that I know and love only in Arabic.)

You can get a translation of pioneer illustrator Mohieddine Ellabad’s The Illustrator’s Notebook, and The Servant by Fatima Sharafeddine (Faten, in the original, translated by Fatima herself), and Code Name: Butterfly by Ahlam Bsharat, translated by Nancy Roberts. I would love you to read Walid Taher’s award-winning Al-Noqta al-Sooda’, but alas there is no translation!