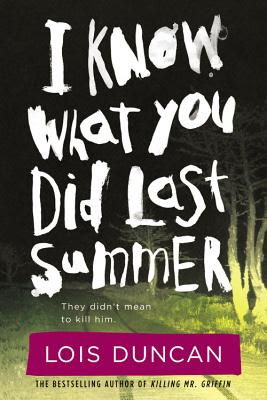 Author Lois Duncan died in June while Cynsations was on summer hiatus.

Lois Duncan Obituary: Bestselling author of fiction for young adults, including the thriller I Know What You Did Last Summer by Julia Eccleshare from The Guardian. Peek: “She was born Lois Duncan Steinmetz in Philadelphia, and grew up in Sarasota, Florida. Lois wanted to be a writer from childhood, and submitted her first typed manuscript to Ladies’ Home Journal when she was 10.”

Obituary: Lois Duncan by Shannon Maughan from Publishers Weekly. Peek: “After attending Duke University for a year… She entered her YA project Debutante Hill in Dodd, Mead & Company’s Seventeenth Summer Literary Contest and earned the grand prize: $1000 and a book contract.”

Lois Duncan, 82, Dies; Author Knew What You Did Last Summer by Daniel E. Slotnik from The New York Times. Peek: “Though her books had their share of violence, Ms. Duncan said she was ‘utterly horrified’ when she saw the [1997] film adaptation of “I Know What You Did Last Summer,” which…turned her novel, about a group of teenagers desperately trying to conceal an accidental killing, into a horror tale in which the same teenagers are systematically dispatched by their hook-wielding victim.” Note: To clarify, I heard Lois speak about this at an SCBWI conference. It wasn’t the violence per se but rather the way it was trivialized for cheap thrills. Her novel had a strong moral center that was absent from its film adaptation.

I Know What I Read That Summer by Carmen Maria Machado from The New Yorker. Peek: “Her prose is unfussy and clean. She centered her books on young women, and her writing considers themes that have come to obsess me as an adult: gendered violence, psychological manipulation, the vulnerability of outsiders.”