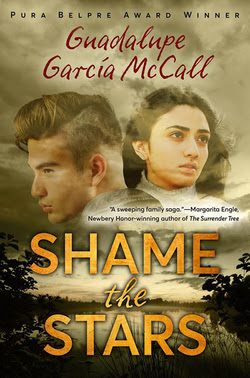 Author Interview: Guadalupe García McCall: Remembering What Has Endured, What Has Been Lost by Justin Barisich from BookPage. Peek: “It takes a lot of courage to let the world see your heart, to lay it down on the ground in front of the enemy and say, ‘This is it. This who I am. This is what I’ve got,’ and that is what Dulceña does.”

How to Find and Reach Influencers to Help Promote Your Work by Angela Ackerman from Jane Friedman. Peek: “Because if you truly appreciate what they do, you will naturally want to help them further succeed. And while of course you hope they’ll return the favor, that’s not your endgame. Creating a relationship is.”

Seven Surprising Facts About Creativity, According to Science by John Paul Titlow from Fast Company. Peek: “In the face of a major loss, our brains often explore new creative outlets as part of the ‘rebuilding’ process of our lives, especially as our perspectives, priorities, and ways of thinking about things shift around. ” Note: the observation about teachers at the end of the post does not apply to me.

Ten Tips for Video-Chat School Visits from Christine Kohler. Peek: “Although my stress-level skyrocketed that morning when my PC’s operating system corrupted, I thought other authors might benefit by what I did in pre-planning to ensure ‘the show must go on,’ and on schedule.”

Children’s Literature as a Vehicle for Peace by Summer Edward from Medium. Peek: “Is social justice an elite weapon to be wielded in the hands of a few acclaimed activists or is it a human imperative to which each individual is called?”

Series Beginnings by Mary Kole from Kidlit.com. Peek: “By providing this context but weaving it into the first few chapters of the story, you will be welcoming your existing readers back into the story while simultaneously giving new readers a chance to catch up. All without info-dumping.” 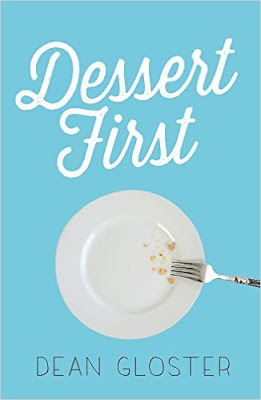 Interview: Dean Gloster on Dessert First by Adi Rule from VCFA Launchpad. Peek: “…with all the intensity of residency, my constantly emailing documents to myself to print out in the library, and my mostly using my VCFA email address, I actually missed the message from the editor saying they were buying my book….”

No One Gets a Pass When It Comes to Writing Multicultural Books from Grace Lin. Peek: “I get a fair amount of flack for portraying light-skinned Asians or Asians in the stereotypical haircut of heavy bangs.”

What I Leaned About Publishing an #OwnVoices Book with a Latinx Heroine by Valerie Tejeda from Bustle. Peek: “I’ve learned a lot about what it means to be an #OwnVoices author — the good, the bad, the ugly — but here are a few things that have stuck out to me the most…”

Four Ways “Stranger Things” Gets Middle Grade Right by Mary E. Cronin from Project Mayhem. Peek: “Kids are the stars of this show, and middle grade writers can draw much inspiration from it. Here are four ways that the creators of ‘Stranger Things’ totally nail middle grade….”

Give Your Characters Roots by Dave King from Writer Unboxed. Peek: “Growing up in Mordor gives you a very different outlook on life than growing up in New England.”

What’s In a (Character’s) Name? by Olga Kuno from Becca Puglisi from Writers Helping Writers. Peek: “Coming up with just the right name can be daunting. I’d like to share some ideas on how to simplify the process.”

Winnie The Pooh Makes Friends with a Penguin to Mark Anniversary by Alison Flood from The Guardian. Peek: “Sibley, who was asked to write a new Pooh story to mark this year’s anniversary, said that the photo of the author and his son with the penguin toy came to mind while he was ‘pondering what other toys Christopher Robin might have owned but which were never written about’.”

We Are Still Here: An Interview with Debbie Reese from NCTE. Peek: “I wish that teachers would do all they could to push against that monolithic ‘primitive’ and ‘uncivilized’ depiction that is so pervasive and damaging to our youth, but all youth, too, who play and learn alongside our children.”

Why I Write About the Immigrant Experience by Reyna Grande from CBC Diversity. Peek: “I read and I read, though I’d always felt a void—a yearning, a missing piece that I desperately wanted to find. What I wanted most of all: to not feel invisible.”

How to Write a Latinx Character & Other Questions by Yamile Saied Méndez from The Che Boricuas= A Puerto Rican + An Argentine + 5 cute kids. Peek: “…this list isn’t all inclusive. I just wanted to show all the aspects in which culture affects a person. The ways in which it will affect your character. The reader will notice if the only thing the writer did was slap a Spanish-sounding name and dark skin on a character.”

Black Girl Magic: Black Girlhood, Imaginations and Activism by Dhonielle Clayton from We Need Diverse Books. Peek: “I hope a new generation of black girls can cling tight to the novels of the ladies below and start to find themselves in interesting and dynamic new media. I know that if I had had even a few of these books and role models, the teenage me wouldn’t have felt so invisible.”

Share Your Voice by Dan Blank from Writer Unboxed. Peek: “A voice without action, is silence. In that silence is the potential where you could be connecting with people who will be moved by your stories.”

The 2016 Kirkus Prize Finalists: “Winners in the three categories will receive $50,000 each, making the Kirkus Prize one of the richest annual literary awards in the world.”

Congratulations to Don Tate, recipient of the Illumine Award for children’s literature from the Austin Public Library Friends Foundation!

Reminder: The deadline for the Lee & Low New Voices Award is Sept. 30.

My heart is heavy this week, Cynsational readers. I was saddened to hear of the death of Dr. Ernie Bond of Salisbury University. He was a tremendous educator, and I am grateful to him for his support of inclusive children’s-YA literature. Moreover, the eighteen-year-old daughter of a high school friend and classmate has taken her own life “after a long battle with PTSD, depression and anxiety.” Please continue to support teachers, support teens and consider donating to the Lane Marrs Memorial Fund.

The Link of the Week: Perceptions of Diversity in Book Reviews by Malinda Lo from Diversity in YA. Peek: “…it is basically common knowledge among minority authors that including more than one minority identity in a book is a huge risk for your career. In the real world, plenty of individuals deal with more than one minority identity at the same time, every day.” See also Kick off Bisexual Awareness Week with 12 2016 YA Books by Dahlia Adler from Barnes & Noble.