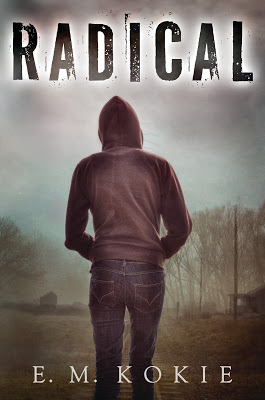 Preppers. Survivalists. Bex prefers to think of herself as a realist who plans to survive, but regardless of labels, they’re all sure of the same thing: a crisis is coming.

And when it does, Bex will be ready. She’s planned exactly what to pack, she knows how to handle a gun, and she’ll drag her family to safety by force if necessary.

When her older brother discovers Clearview, a group that takes survival just as seriously as she does, Bex is intrigued. While outsiders might think they’re a delusional doomsday group, she knows there’s nothing crazy about being prepared. But Bex isn’t prepared for Lucy, who is soft and beautiful and hates guns.

As her brother’s involvement with some of the members of Clearview grows increasingly alarming and all the pieces of Bex’s life become more difficult to juggle, Bex has to figure out where her loyalties really lie. In a gripping new novel, E. M. Kokie questions our assumptions about family, trust, and what it really takes to survive.


Determined to survive the crisis she’s sure is imminent, Bex is at a loss when her world collapses in the one way she hasn’t planned for.

But in the early drafts I was struggling to get to the heart of my main character Bex. Then I realized I hadn’t really thought about how Bex would feel about guns. It was a blind spot caused by my own discomfort with guns. Once I had that realization I could see all the ways I didn’t yet know Bex. 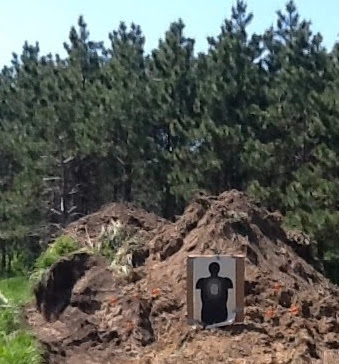 I started with online and print research — reading about different kinds of guns, popular makes and models, shooting ranges and training programs, and eventually gun laws and the tradition of gun ownership within families and communities.

Then I moved on to watching online videos about everything from training techniques and amateur shooting videos, to videos about comparing models, and cleaning and maintaining firearms. I was fascinated by the many videos of girls and women shooting guns, and handling knives, bows and arrows, and other weapons.

But reading and video research could only take me so far. I needed to understand the tactile and visceral details of how a gun felt in my hand, the heft, and texture, and kickback. The tang in the air after shooting. The smell and feel of cleaning different models. I needed to have a vocabulary and understanding that gave her character depth and provided context for the plot.

But I also needed to get inside of how she would feel, physically and emotionally, about her guns and while she was shooting. 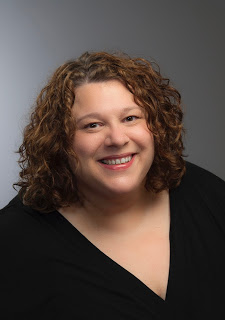 For Bex, shooting guns would be about more than fun or competition or even defense. It is part of who she is.

I was lucky to connect with some people who let me shoot their guns on their property, in an outdoor setting with a dirt berm and a pond, much as I pictured Bex and her brother shooting in their woods.

We started with a small, light gun that even felt small in my hand, and then worked up to larger and more powerful firearms. Then I got a crash course in cleaning and maintenance, sitting on the side of a porch, much as Bex does in the book.

I left with all these sensory details, insights into how shooting could be fun and cause a sense of competition or accomplishment, and bruises in several places.

Even the ride out to the shooting site on a homemade cart attached to an ATV unexpectedly informed the setting and context for my story.

During the writing process, I also reached out to some firearms experts online to answer questions and to seek input for crafting certain plot elements and scenes. And once Radical was in the last stages of the editorial phase, my publisher hired one of those experts to perform a content read to make sure we got the details right.

The research didn’t change my mind about my own potential gun ownership, or how I would feel about having a gun in my home. But it did help me better understand Bex and her world, and, hopefully, helped me craft more organic and believable characters and scenes. 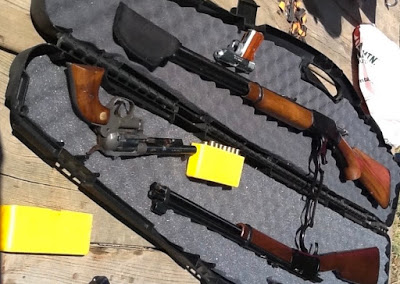