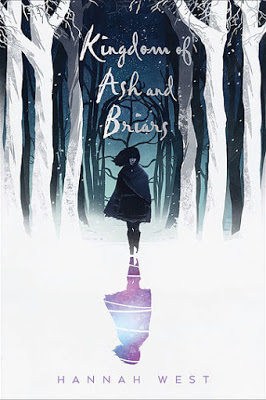 Hannah West is the first-time author of Kingdom of Ash and Briars (Holiday House, 2016). From the promotional copy:


Bristal, a sixteen-year-old kitchen maid, lands in a fairy tale gone wrong when she discovers she has elicromancer magic in her blood. Elicromancers are an ancient breed of immortal people, but only two remain in Nissera after a bloody civil war.

Bristal joins the ranks of Brack and Tamarice without knowing that one of them has a dark secret . . . Tamarice is plotting a quest to overthrow the realm’s nobility and take charge herself.

Together, Bristal and Brack must guard the three kingdoms of Nissera against Tamarice’s black elicromancy. There are cursed princesses to protect, royal alliances to forge and fierce monsters to battle—all with the hope of preserving peace.

Boy, am I the right person to ask about revisions. When I started querying, I was fresh out of college with no industry knowledge (I studied French) and had a manuscript so thick it could have knocked someone out, no hard cover needed.

After my not-yet agent, Sarah Burnes, initially showed interest, she gave me some revision advice and passed on the manuscript. I made the cuts that she suggested, and continued querying and receiving requests from other agents.

It didn’t occur to me until a few months later that Sarah might actually be open to seeing the revision even though she didn’t explicitly request an R&R.

I’m so glad I thought of that! We ended up signing with a plan to continue revising it pretty heavily (read: cut left and right). We did three rounds, I believe, and then I did a few more with my lovely editor after signing with Holiday House.

I think a huge amount of cutting can be a dangerous thing, as it can really throw off the pace – such a delicate thing to begin with. But I am so so pleased with the result of talented professionals putting me through the ringer. It’s so worth it. The story itself is essentially the same, which goes to show you how many unnecessary words were lurking in that initial submission.

For debut authors, I would say never be too protective of the draft that you submit. It’s actually really freeing to put yourself in the hands of professionals, and if you’re a gifted writer, you can work in their suggestions while still retaining your voice and the aspects you love about the story.

Never react to a hard critique on the spot. Take time to think about it, and you’ll usually find that you agree, or can at least envision a compromise that will improve your work. 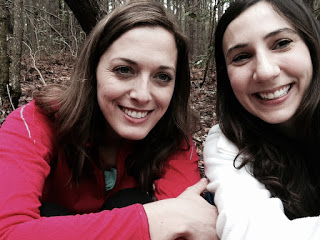 This brings me to the other Sarah in my life – the one who lives in rural Arkansas with nary a strong internet connection, eating ‘coons for supper (okay, maybe the last one only applies to her church potlucks).

Having a critique partner is a wonderful thing, but having a CP-best-friend is even better. Querying and revising and waiting was a hard phase for me.

I was fresh out of college with only a part-time job, living with my parents, so I had a lot riding on getting an agent and pressing onward (who doesn’t?).

In the hardest moments, Sarah was there, reading my revisions and offering encouragement even though we live in different states. (I hadn’t met her yet when I submitted my abominably large manuscript, so she’s off the hook).

Hannah “lives in the Dallas area with her husband, Vince, and their rambunctious blue heeler, Robb. She proudly writes articles about sustainable living and home renovation for Modernize.com.” 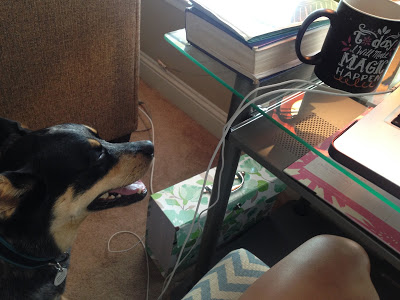