Congratulations to the winners and honorees of the Bank Street Awards, Green Earth Book Award, Edgar Awards (for mysteries) and Jane Addams (Peace) Children’s Book Awards! Note: Cynsations would normally feature more coverage than a link on each, but we’re cruising toward summer hiatus and the schedule is packed. Click for more information!

Adding an Emotional Stance by Mary Kole from Kidlit.com. Peek: “Don’t just settle for describing something or someone. It’s in how you describe them that the reader will be able to read the narrator’s attitude and emotion toward them. It’s all about context, folks!”

Children’s Literature and the Censorship Conversation by Matia Burnett from Publishers Weekly. Peek: “While challenges to books can often result in increased sales, the authors and editors on the panel agreed that it’s certainly not the expectation or the intent of the author that a book will be deemed objectionable.”

Hannah Gomez & Allie Jane Bruce on Jewishness & Whiteness from Reading While White. Peek: ” You are more educated in Judaism than I, and you’ve spent much more of your life practicing Judaism than I have. And yet, I’ll bet if we stood next to each other and asked 10 people ‘which of us is Jewish?’ 9 of them would point to me.”

How to Weave a Message Without Pummeling Your Readers by James Scott Bell from Writer Unboxed. Peek: “The engine of a story is characters in crisis exercising strength of will. True character is revealed only in a high-stakes struggle.” See also Why Authors Should Use Instagram by Liz Fenton and Lisa Steinke.

Recruiting Diversity: A CBC Panel by Matia Burnett from Publishers Weekly. Peek: “Assuming that talented, diverse employees are recruited into publishing industry jobs, fostering a welcoming environment for individuals of different backgrounds is the next step.”

How to Share Your Protagonist’s Deepest Feelings With Readers by Angela Ackerman from Writers Helping Writers. Peek: “…readers have probably never been terrorized by a serial killer, vampire or demon in their own lives, but they know what it is to feel terror.” 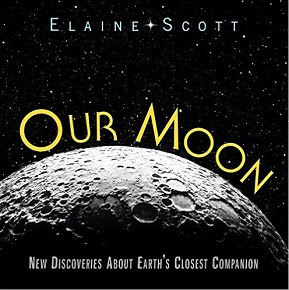 Luck and Talent by Kell Andrews from Project Mayhem. Peek: “I queried the right agent at the right time – or maybe the wrong one, because that book never sold and that agent – a respectable one with a respectable agency – left the business.”

LGBTQ Books for Middle Grade Readers by Kelly Jensen from BookRiot. Peek: “It’s less about the physicality during those years than it is about the mental grappling with forming one’s identity.”

Children’s Editor Dick Jackson Turns Author by Sue Corbett from Publishers Weekly. Peek: “Selling eight picture books in a short span would be a phenomenal accomplishment for any writer, but Jackson’s feat is even more astonishing, because for the past six years he has been expending considerable effort just to stay healthy.”

Why Host an African American Read In? by Angie Manfredi from Reading While White. Peek: “No one assumes only White people will want to read Shakespeare or, say, Emily Dickinson. We are taught those works are universal, they are for everyone. But too often, racism tells us that books by Native people or POC are only for the members of those groups.”

On Writer’s Block from Marion Dane Bauer. Peek: “The problem with speaking of writer’s block is that by giving it a name—and who is more prone to naming than writers?—we give it an authority it doesn’t deserve.”

Author Interview: Trent Reedy & The Last Full Measure by Robin Herrera from VCFA Launch Pad. Peek: “One advantage I had with the Divided We Fall trilogy is that I knew it was a big story that would take three books. This allowed me to pay attention to the overall three-book structure, which I think would be different from writing a fully self contained story in one book and then later writing that book’s sequel.”

The winners of What Does It Mean to Be an Entrepreneur? by Rana DiOrio and Emma D. Dryden, illustrated by Ken Min (Little Pickle, 2016), signed by Emma were Pat in California, Ann in South Carolina, and Suzanne in California. 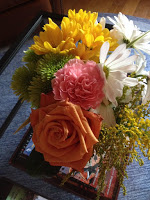 Nose, meet grindstone! This week I focused on event preparation, finishing up my critiques for the Austin SCBWI Writers and Illustrators Working Conference and getting organized for my class and presentations at the Asian Festival of Children’s Content in Singapore.

That said, the SCBWI Bologna interview series is now available in its entirety. It’s especially recommended to illustrators and those who love picture book art, but also, everyone who considers themselves (or wants to be) part of the international conversation of children’s literature and publishing.

Especially to my fellow U.S. readers, it’s too tempting to think in an insular manner. But the tradition and future of books for young readers are both anchored in the world market.

Speaking of which, look for an interview with me and my AFCC fellow YA Fantasy workshop leader Gabriela Lee in the May issue of Singapore’s Child magazine.