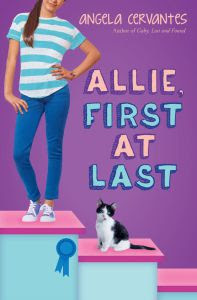 The Matter of Talent by Barbara O’Neal from Writer Unboxed. Peek: “Why does one person dance, another preach, another write novels? Is talent a thing? Where does it come from? How do we know if we have it—or don’t?” See also When You’re Writing Mountain Is My Writing Molehill (and Vise Versa) by Jan O’Hara.

Piñata Busters and Trailblazers by Angela Cervantes from Latin@s in Kidlit. Peek: “I was inspired to write this book because I grew up in a close-knit, proud, Mexican-American community where we celebrated the accomplishments of people like Ellen Ochoa, the first Hispanic woman to go to space (1993 Discovery mission); Henry Cisneros, the first Mexican-American mayor of San Antonio (Yay, Texas!); Tom Flores, the first Hispanic NFL head coach to win the Super Bowl (Go Raiders!)”

Bologna 2016: Agents Talk Children’s and YA Book Trends by Diane Roback from Publishers Weekly. Peek: “On the YA side, I’m seeing a lot of fantasy that feels very accessible to readers who are not dedicated to fantasy. The setting is similar to somewhere on our planet (like China, or Scotland, or Mexico), usually with a female lead.”

Mind the Gap: Questions about Power for Storytellers by Mitali Perkins from Mitali’s Fire Escape. Peek: “I offer these questions as a checklist for fellow authors and illustrators, perhaps as fodder for discussion in critique groups and conferences, or for your private journaling pleasure.” See also All That Isn’t Said: Islamophobia in YA Lit by Kaye M from Interrogobang.

How to Write a Great (and not Schmaltzy) Love Scene by Jessi Rita Hoffman from Jane Friedman. Peek: “There was tension and intensity in old-fashioned courtship, and that is the stuff of which great fiction is made. Your writing teacher called that tension “conflict.” Interesting fiction is built on conflict.” 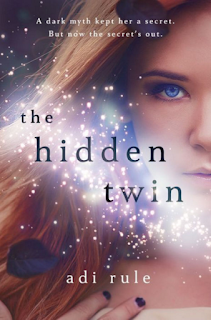 Author Interview: Adi Rule on The Hidden Twin by Robin Herrera from WCYA: The Launch Pad. Peek: “The secret to authenticity is in the mundane, I think. What is the protagonist’s day-to-day like?” See also Author Interview: Deb Caletti on Essential Maps for the Lost by Roger Sutton from The Horn Book.

Damaging Perceptions About Alcohol Abuse Among Native Characters in YA Literature by Debbie Reese from American Indians in Children’s Literature. Peek: “Doctors assumed he was alcoholic, and that alcohol abuse was the cause of what they saw in tests. He told them he didn’t drink, but, they wouldn’t probe further. Now, he’s finally been diagnosed with a fatal disease.”

The Pros and Cons of Using a Facebook Profile But Not An Official Page from Jane Friedman. Peek: “…a lot of the people I consider friends also work in the industry, but still: I imagine my public posts can be a mix of dull or irrelevant, which means I risk being muted indefinitely by a fair number of friends.” 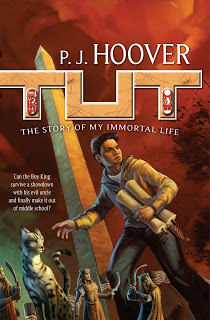 Boys Could Enjoy Stories About Girls and Vise Versa, If Only We’d Let Them
5 Native American Women Who Know Their History
We’re the People: 2015 Summer Reading List
Mary E. Cronin on The Apple Tart of Hope by Sarah Moore Fitzgerald