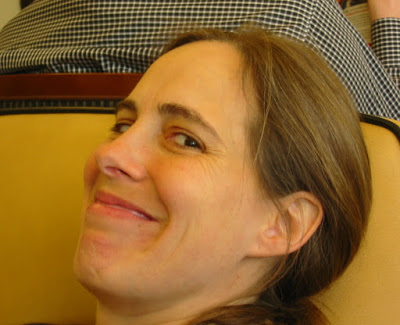 I just finished the editing process on my first book with a trade publisher, Mountain Chef: How One Man Lost His Groceries, Changed His Plans, and Helped Cook Up the National Park Service, illustrated by Rich Lo (Charlesbridge, Aug. 2, 2016).

The differences start at the contract level. Educational publishers generally pay a work-for-hire fee, a straightforward amount without any expectation that the writer will participate in marketing. Clarity and predictability are the hallmarks of the contract. Trade publishers offer royalties and expect the writer to be heavily involved in marketing. There’s the possibility that a book will sell very well, but there’s also a risk that it will tank. The contract leaves room for wonderful (or not-so-great) surprises to play out.

Both my educational press and my trade press publishers were thorough-going professionals who love books and language and who insisted that every word be right. Both of them demanded careful, thoroughly-documented research. But despite those similarities, their editorial priorities differed. 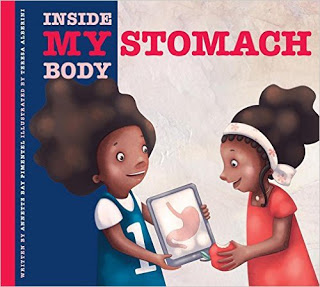 When I started work on My Stomach, I dreamed up a hilarious way to deliver information about the digestive system. It differed in structure from the manuscript I had just finished for My Brain, but it was so funny I was sure kids—and my editor!—would love it.

She didn’t. She decisively rejected it, explaining that I needed to stick to the structure I’d used in the other manuscript.

Now that I have the books in hand, I see her point. Part of the attraction of the Inside My Body series is that the books within it are consistent.

Any reader–including frazzled teachers looking for materials to hand to twenty-odd clamoring students—can quickly figure out exactly what kind of information she’s going to get and how it will be laid out in the book.

My trade press editor, on the other hand, told me that she was initially attracted to my manuscript because it took a familiar subject—national parks—and looked at them in a new way. I tell the story of the creation of the National Park Service through the eyes of Tie Sing, a Chinese American trail cook, whose story, up until now, has always been peripheral to the stories of the main players. 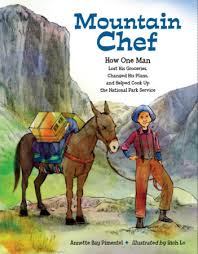 During the editing process, my editor encouraged me to consider adding a historical character who is an even smaller presence in the historical record than Tie Sing.

At first I was dubious I could find enough information to credibly write him into this nonfiction story, but I dug around and found mention of him in historical documents and saw him (literally) on the edges in some photographs. So I added him!

The story this trade editor helped me craft is one that hasn’t been told before and one that I hope astonishes and delights my readers.

There’s a place for both kinds of books. Sometimes all a frazzled second grade teacher needs to make it through the hour is a series of books she can hand out to her students, knowing she can count on the reading level to be what they can handle, and the content to be what they need for a particular assignment. Hooray for educational publishing!

But sometimes that teacher needs a book she can read to her class to carry them all to an astonishing new place. Hooray for trade publishing!

May they both thrive.