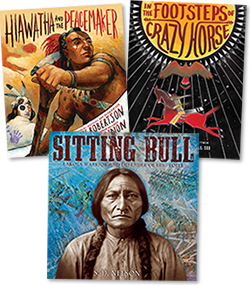 What’s Trending? What Is, What Was, What’s Soon to Be in Kid Lit by Elizabeth Bird from A Fuse #8 Production. Note: a quick cheat sheet for those seeking savvy.

Current Representations of American Indians in Children’s Literature by Natasha Gilmore from Publishers Weekly. Peek: “The population numbers are small, which means traditionally published books are poised to make a big impact not only to represent children accurately, but educate non-Natives about the population as well.”

Why Editors and Agents Stop Reading by Paula Munier from Jane Friedman. Peek: “…connect each scene, as readers need to know what the protagonist’s motives are, and what he wants in every scene.” See also What About A Novel Sweeps Us Into Its World by Donald Maass from Writer Unboxed.

Characters Who Are Too Casual by Mary Kole from KidLit.com. Peek: “…a character who doesn’t care as much as they could. They are too casual. There are two ways to be too casual…” See also “Slight” – What Does an Editor Mean? by Darcy Pattison from Fiction Notes.

Engaging Audiences Through Twitter in 15 Minutes a Day by Kirsten Oliphant from Jane Friedman. Peek: “…you’ll need to set up lists and populate them with relevant people.” See also Be Real: A Social Media Strategy That Works by Martha Brockenbrough from SCBWI Insight.

On Behalf of Late Bloomers by Mary E. Cronin from Project Mayhem. Peek: “They are content to act their age (and may even act a bit younger), and they are not in a rush to get to the next developmental stage.” 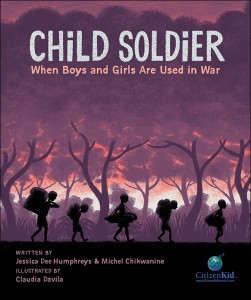 Child Soldier & The Refugee Experience by Nicole Martin from ALSC Blog. Peek: “These books may not only be sought out by children who identify with such experiences, but may also be of interest to curious readers who want to better understand what it may mean to be a refugee.”

Writing Collaboratively: Can You Check Your Ego at the Door? by Martina Boone from Adventures in YA Publishing. Peek: “…we’ve all heard the disaster stories from other writers. So how do you know if it’s going to work?”

So You Want to Work in Publishing: Advice from a Chronicle Books Editor by Ariel Richardson from Chronicle Books Blog. Peek: “…landing your first internship or your first job can be tough! I’m hoping these tips will help you out on your path.”

Four Tips for Writing Nonfiction Plots by Kathleen Merz at From the Editor’s Desk. Peek: “…you can’t be afraid to cut out the material that isn’t necessary…. How do you know, though, what’s important enough to keep?”

Picture Book Literary Agents and What Excites Them by Tara Lazar from Writing for Kids (While Raising Them). Peek: “Picture book writers eager to be represented scour the web for info about the tastes and preferences of kidlit agents. Well, stop searching and look no further.” See also Industry Q&A with Agent Brooks Sherman from CBC Diversity. 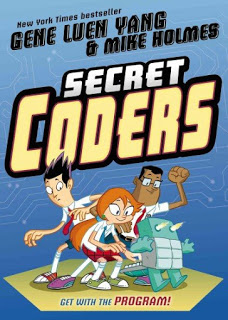 Library of Congress Selects Graphic Novelist Gene Luen Yang as Ambassador for Young People’s Literature by George Gene Gustines from The New York Times. Peek: “…he found his wife, Theresa, a development director for an elementary school, a tremendous resource. …he was inspired by her program for encouraging students to read and write in different genres and that she was enthusiastic about the ambassadorship.”

Grow Reader Empathy By Showing Your Protagonist’s Vulnerable Side by Angela Ackerman from Writers Helping Writers. Peek: “The willingness to be vulnerable…is about saying, ‘this is who I am. I am sharing this real self with you.’ It is self-acceptance and courage at the highest level, the purest form.”

Cover Design 101: A Sense of Mystery by Stacy Whitman from Lee & Low. Peek: “The challenge in all YA book design is to create a cover that looks like it belongs in the YA section, but doesn’t look too much like the rest of the YA section. And to do that, you need a good designer.”

How to Be a Great Art Ally by Cecil Castellucci from The Crush Library. Peek: “It is getting harder and harder for everyone who isn’t in the top 5% of their industry to get the word out about work they are doing.”

Surviving Failure and Rejection by Barbara O’Neal from Writer Unboxed. Peek: “It’s cheeky of us to imagine that we can sit around making things up and people will want to read them, but you know—that is the job.”

Check out 2016 Book Awards Roundup: APALA, Amelia Bloomer Project, Other Non-YMA Awards by Briana Moore from School Library Journal and Winning the Newbery When Diversity Matters by Pat Encisco from Latin@s in Kidlit.

Then watch this energetic and amusing 90-Second Newbery introduction, performed in song by authors Nikki Loftin and James Kennedy. 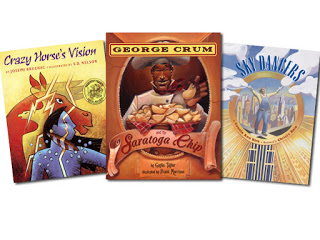 I’ve returned home to sunny Austin from the VCFA MFA in Writing for Children and Young Adults winter residency. See The Life Cycle of an MFA Residency by Elizabeth Bluemle from Publishers Weekly.

As always, the residency was a wonderful experience but a full-to-bursting one. Consequently, I’m in catch-up mode–responding to emails, coordinating my schedule with events agent Carmen Oliver of The Booking Biz, and updating my web site and social media platform.

What else? Violent Ends: A Novel in Seventeen Points of View (including mine), edited by Shaun David Hutchinson (Simon Pulse, 2015) was named a New York Public Library Top 10 Best Book for Teens. The chapter I contributed was titled “All’s Well.”

Violent Ends also was named to the CCBC Choices List 2016, along with Things I’ll Never Say: Stories of Our Secret Selves, edited by Ann Angel (Candlewick, 2015), which includes my short story, “Cupid’s Beaux.”

Did you enjoy this post? Would you like to contribute to the conversation? See Cynsations Call for Interviews, Guest Posts, Giveaways, Book Trailers & More? 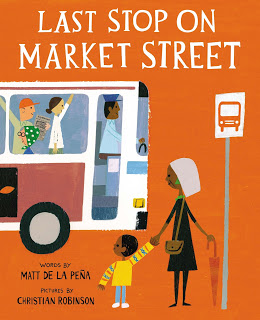 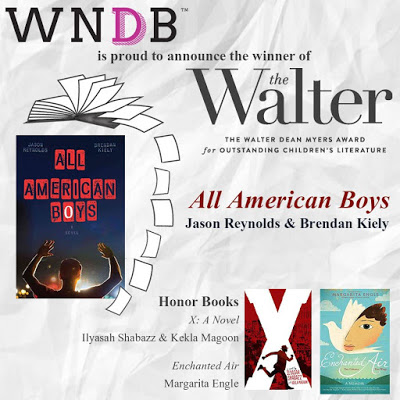