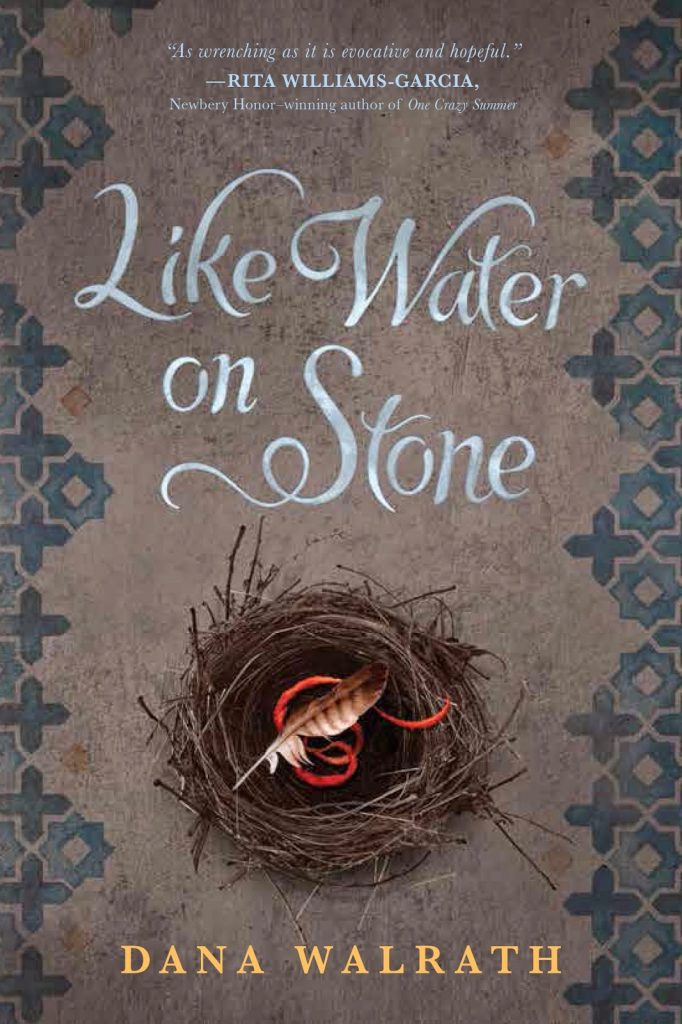 This month marks the 100th anniversary of the Armenian Genocide. In 1984, Dana Walrath journeyed to Palu, in Western Armenia (now part of Turkey), where she saw the mill and farmlands that once belonged to her maternal ancestors, who were forced to flee the Ottoman Empire in 1915.

Her family story became the basis of her acclaimed novel in verse Like Water on Stone (Delacorte, 2014).

Dana Walrath is a graduate of the MFA program in Writing for Children and Young Adults at Vermont College of Fine Arts and the author of the graphic memoir Aliceheimer’s (Harvest, 2013).

See also the companion post Writing from the Marrow from Dana Walrath from Cynsations.

Much of the story is narrated from the point of view of Ardziv, the eagle who suffers, witnesses, and ultimately intervenes. What role do eagles play in the Armenian culture and folklore?

In the last stages of writing Like Water on Stone, Ardziv appeared in the story to protect the young ones as they traveled, to make it safe for readers, and also to protect me as I wrote. This fits with the eagle’s place as a symbol of strength and power in Armenia, both ancient and modern. Eagles grace the currency, the coat of arms, and the architecture of contemporary Yerevan.

The earliest Armenian eagles predate Christianity as on the flag of the Artaxiad Dynasty (189 BC-1 AD) that has two eagles facing each other with a flower between them. When Armenia adopted Christianity as a state religion in 301 AD, eagles were incorporated into the designs of their churches.

Eagles’ ability to soar fits well as this brings them close to heaven. Because the genocide often involves religious divisions, Ardziv gave me the opportunity to connect the story with a symbol that predated religions to underline our common humanity. 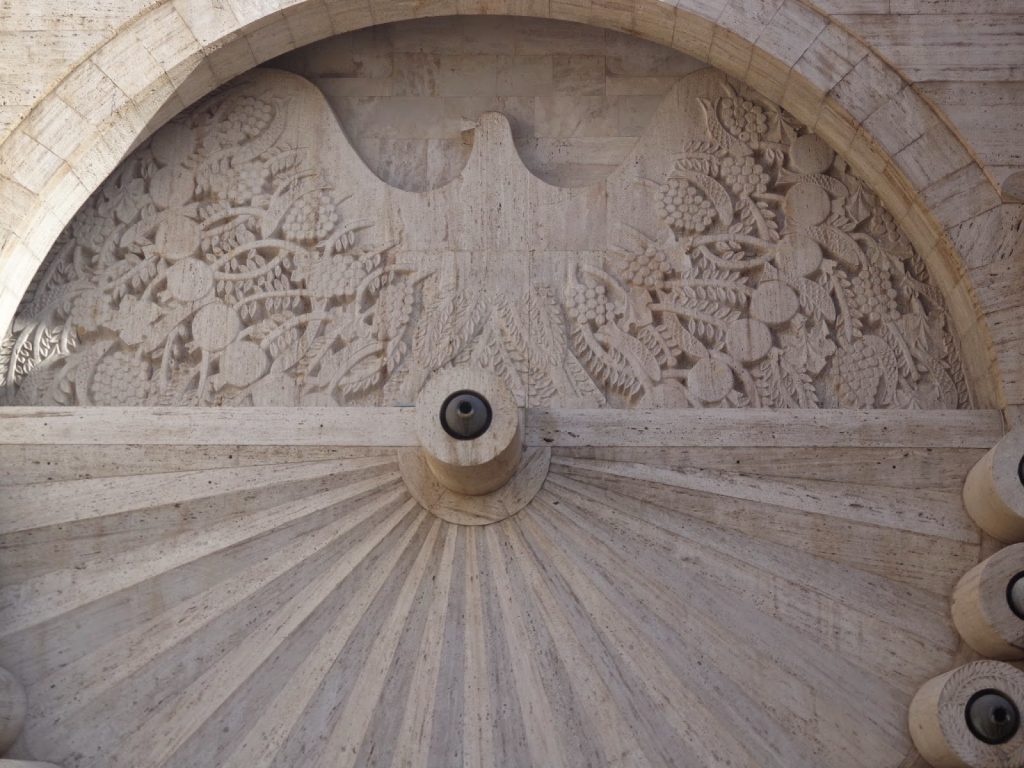 Throughout the novel, thirteen-year-old Shahen refers to his father and his older brothers as “fools.” Would you consider his questioning of them anomalous within his culture?

More than anything, Shahen wanted to go to New York to be with his maternal uncle. You are right that respect for elders counts in Armenian culture. But a mother’s brothers have a special place in the family. They select husbands for their sisters and often these husbands go through life being called “pesah” or groom. Shahen behaves respectfully towards his father and brothers; it is only with an inner angst and voice that he calls them fools. This intensifies after violence comes to their home as Shahen struggles to make sense of the horrible events that have transpired. In the face of horror, we all do or think things that don’t completely make sense, or wouldn’t fit in with normal life.

As well, Shahen’s small size and his place as the youngest boy in the family, who had not yet hit puberty, also accounts for some of his internal struggles. He felt impotent. Like no one listened to him when he saw the trouble coming. While researching the biology of eagles, I learned that male eagles are all smaller than females. This in a way brought Shahen and Ardziv even closer. 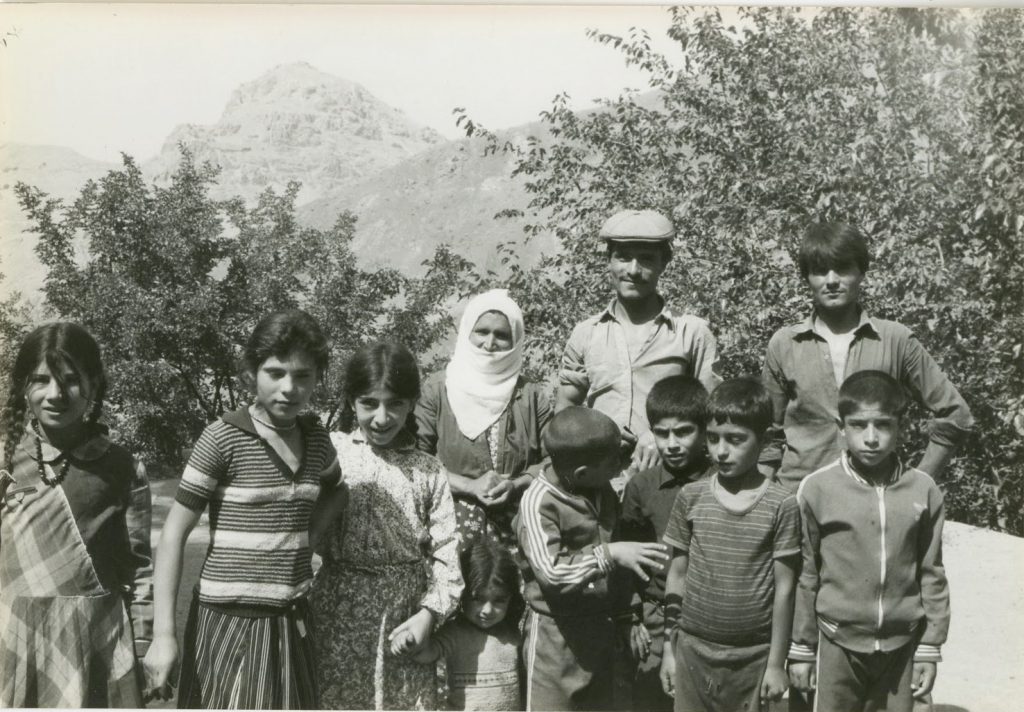 Shahen is the bold one while the girls and women are more cautious and submissive. Are these gender relationships specific to this one family, or is it more typical of their culture?

I have to admit that the gender roles in Armenia are definitely of a pre-feminist sort! My mother said that her Armenian father did not speak to her or her sister because they were girls.

It is also important to place the Armenians in the larger Ottoman cultural framework. Many of the Muslim women with whom they co-existed were veiled, making Armenian women quite daring in comparison. Marriages were arranged, but this is the dominant pattern throughout the globe.

The United States is unusual in leaving such an important economic decision, the union of two families, to the whims of young people in love. Against this backdrop, however, I think the female characters in Like Water on Stone have tremendous strength. Mariam shows her tenacity and determination with her writing. Mama always had her own opinions and, like a good mother, insisted that Sosi behave according to acceptable norms. I see Sosi and Shahen as equals. Sosi never wanted to leave her beloved home, but she finds the strength to support and honor Shahen during the hardest parts of their journey.

Because this is loosely based on my grandmother, Oghidar’s story—she and her younger brother and sister hid during the day and ran at night from Palu in today’s Eastern Turkey to Aleppo, Syria—I was very conscious of Sosi’s strength. For me going back to Palu in 1984 was such a powerful experience, to walk that land, to stand inside the ruined church, to find a mill that may have belonged to my family. 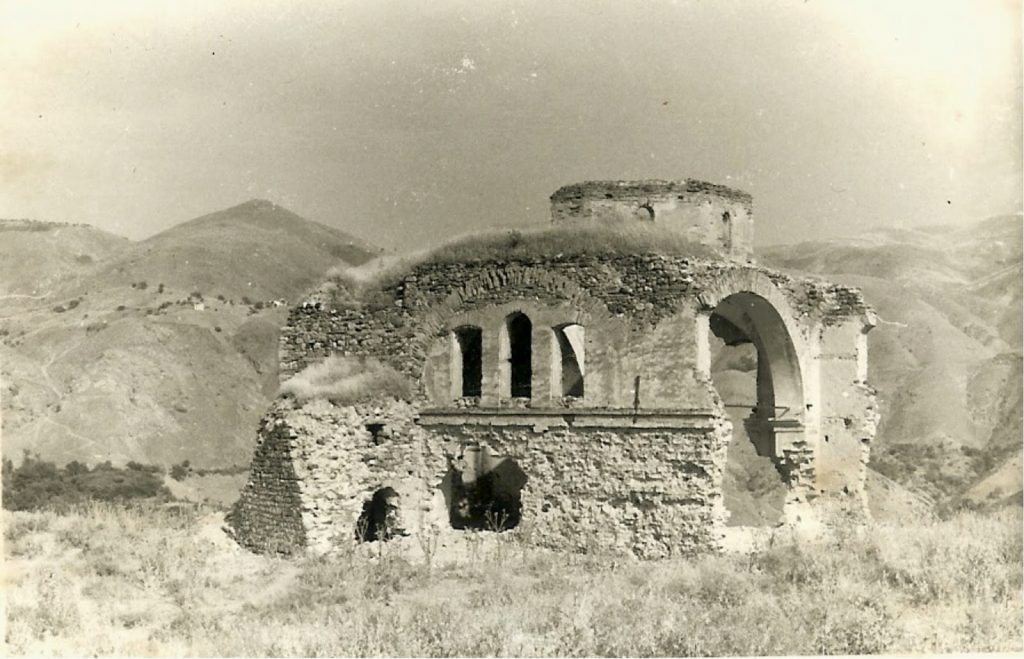 You don’t shy away from portraying the violence and devastation of the Armenian Genocide. How do you handle this in a way appropriate for middle grade readers? How can the novel-in-verse format contribute to making difficult material easier for young readers to process?

The white space of verse absolutely gives readers (and writers!) space to process the violence and devastation of the Armenian Genocide. We do not speak or think in full sentences when something terrible happens. Often words disappear altogether. Free verse allowed for that fragmentation. I could write in rhythmic patterns that captured the fear and panic without leaning into the goriest details.

Ardziv’s role as protector was also important in terms of the violence. He narrates some of the most brutal scenes, following as adults who lovingly cope with the consequences of the brutality. Late in the book, Sosi narrates one terrible scene instead of Ardziv. This is because I see Ardziv as the strength and power that lives inside of each of us. She found her own strength—her inner Ardziv—and used this tough moment to pull her family together and to face the truth about what had happened.

I thought that I had handled the violence delicately enough that it could work for middle grade readers. As a parent, I shared similar works with my children when they were that age. Some of the gatekeepers do not agree and feel that that the book is appropriate only at a high school level and above. I was so honored to have Like Water on Stone be named a book of outstanding merit in poetry and historical fiction yet the mature content 14-16 age range was there again. I suppose this might mean that I have to figure out a way to tell the story of the Armenian genocide for some younger readers.

You received a Fulbright grant to travel to Armenia. Was the grant specifically for the research of this book? What advice would you give other writers seeking funding for international research?

My Fulbright application, “The Narrative Anthropology of Aging in Armenia” was related to Aliceheimer’s, my graphic memoir series about my mother and dementia, and was not specifically written for Like Water on Stone. I was gathering stories and making art about growing old in Armenia.

It was just amazing good luck that Random House acquired Like Water on Stone during my first few months in Armenia. This meant that in addition to the Fulbright project, I was completing the final revisions of the novel while totally immersed in Armenian culture.

Anthropologists often work through participant observation, so every minute of every day, I was soaking in details that were relevant to both pieces of work. The elders I worked with spontaneously shared their family’s genocide stories with me. I had genocide scholars and the Genocide Museum and Institute right there for fact checking. Regular folk dancing refined the music and dance threads of the story. I had countless maps to draw upon to try and sort out the young ones’ journey and got connected to primary sources about life in Palu.

The two projects naturally became connected. Armenia is consumed by memory of the genocide, something that is especially important in the face of Turkish denial. When I told people here about my mother’s memory loss, they immediately asked if she were a genocide survivor, linking trauma to memory loss. 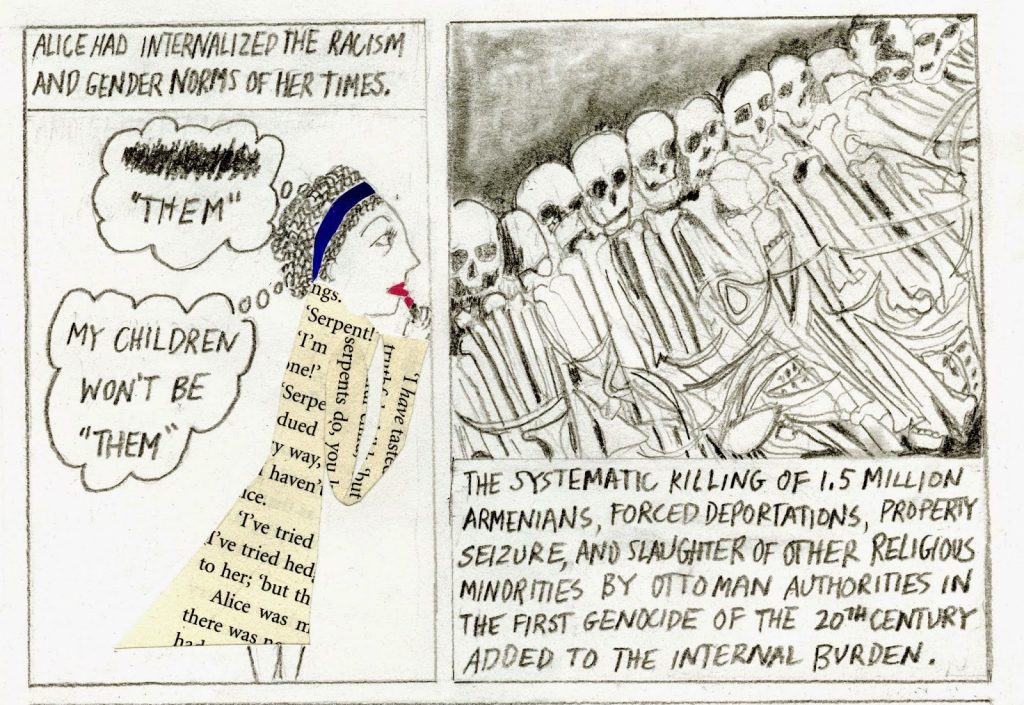 The year in Yerevan also let me reconnect with relatives who landed on the other side of Mount Ararat after the genocide, among them my cousin, Shushanik Droshakiryan. Her great-grandfather and my grandmother Oghidar were brother and sister in Palu. Shushanik has led the direction of a stunning animation of Like Water on Stone that premiered at the Tumo Center for Creative Technology this week. It has been wonderful to be back here in Yerevan for this.

In terms of practicalities, because it is an academic program, you have to have the highest degree in your field in order to be able to apply. In the case of writers, the MFA will do it. I know many writers create beautiful works without this degree. For me, getting an MFA from Vermont was the best present that I ever gave myself. The mentoring the inspiration from stellar lectures and readings pushed me farther in two years than I ever could have managed on my own. Being able to apply for a Fulbright would be an added bonus.

You mention in your author’s note seeing the Turkish family that now lives on the land once owned by your ancestors. What did that woman say when you told her this?

This moment of truth was when she decided to tell me that the mill had been owned by Armenians before it came into her family. I think she had already put it together that I might be an Armenian because it was so out of the ordinary for two American tourists to end up in the woods outside of town. She shared that fact and then I told her my story. Then together we shared a moment of silent respect.

I imagine that many families in Turkey who benefited materially from the Armenian genocide feel guilt about the material gain they received. Armenians were forced from their homes, and forced to leave all their possessions behind. The people who remained just took them over.

Charity or Zakat is one of the five pillars of Islam. To benefit by taking the property of others stands in stark contrast to this notion. I like to think that this woman recognized our common humanity and that she told me the truth out of a desire to make amends for the breaches of the past. 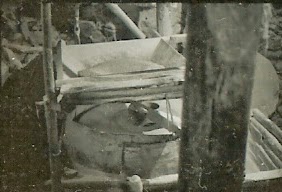