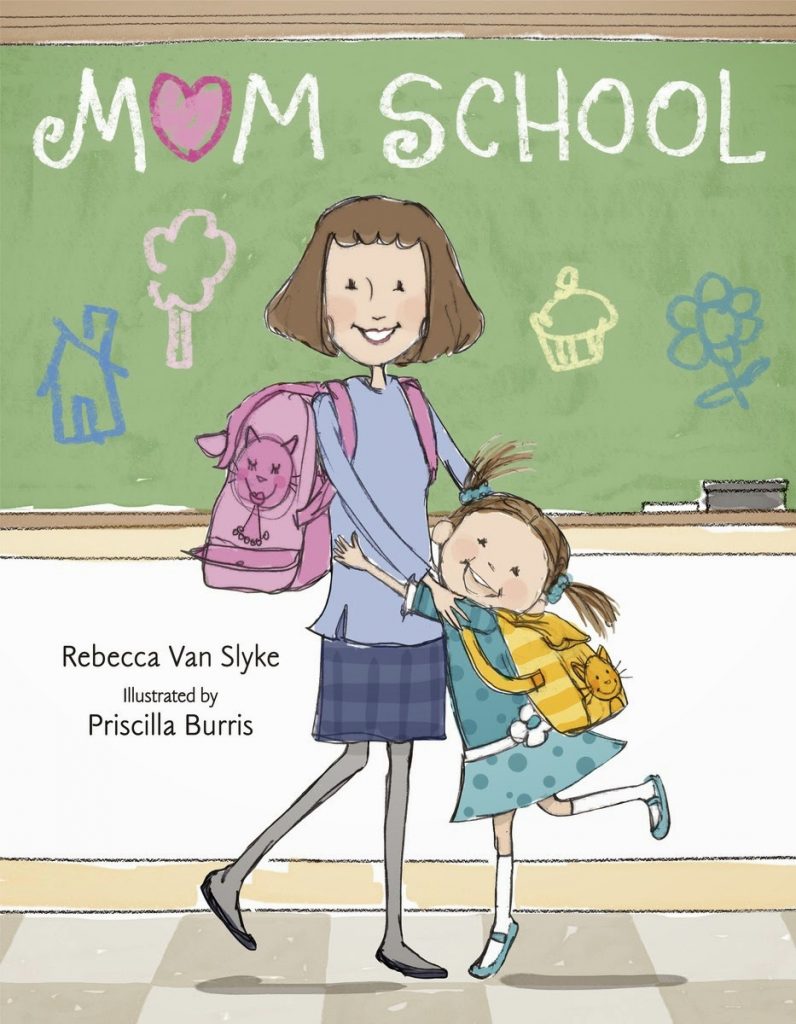 Congratulations to Rebecca Van Slyke on the release of Mom School, illustrated by Priscilla Burris (Random House, 2015). From the promotional copy:

In this adorable kid’s-eye view of what would happen if Mom went to school, a little girl imagines Mom School, where all moms learn their amazing skills, like fixing a bike tire and baking cupcakes.

With warm, funny illustrations and a fun role-reversal story in which moms act like kids, young readers will love imagining what would happen if their own moms went to Mom School.

Heather Has Two Mommies Author Leslea Newman on New Edition & Reflecting Back by Katharine Whittemore from The Boston Globe. Peek: “The 2000 version, for example, included a long note to parents and teachers that recounts all the controversies surrounding the book. In the 2015 one, ‘we made a conscious decision not to have a foreword or afterword,’ says Newman. ‘No explanation, no fanfare; it’s just a kids book about many kinds of family.'”

Why Does My Action Read Slow? by Deborah Halverson from Dear Editor. Peek: “The reader gave one bit of elaboration: ‘Some of the paragraphs ‘feel’ long even though they aren’t.’ I’m not sure what to do with that. Suggestions?” 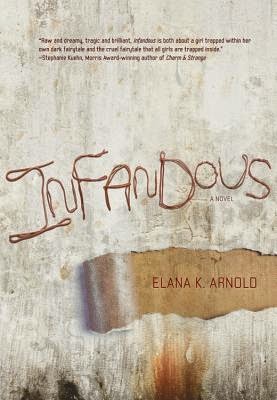 About the Girls: Appropriate Literature by Elana K. Arnold from Stacked. Peek: “…it all happened. To a good girl with a mother who thought her daughter was protected. Safe.”

Picture Book Apps & The Vanishing Author by Sandy McDowell from Digital Book World. Peek: “Picture book apps often don’t even cite a writer. When they do, the author is likely the animator, designer or developer.”

Leveling and Labeling: An Interview with Pat Scales by the ALSC Intellectual Freedom Committe from ALSC Blog. Peek: “…the practice of limiting students’ access to materials based on reading levels that infringes on students’ right to read. Unfortunately, this is common practice in many school libraries, and some public libraries feel pressured to implement such restrictions. Librarians serving children should evaluate how these systems are used and develop policies that promise free and open access to students of all ages.”

Why Do We Need Diverse Books in Non-Diverse Schools? by Taun M. Wright from Lee & Low. Peek: “While equity and inclusion are necessary, especially for those of us too long without them, social change is more likely to happen when everyone understands how they will benefit directly from increased diversity and, what’s more, why their ability to embrace the benefits of diversity will be a key determinant of their future success.”

Critique Etiquette: The Ultimate Guide for Giving & Receiving Feedback by Angela Ackerman from Writers in the Storm. Peek: “For this to work, a person must respect the other’s role, value the time and energy writing and critiquing takes, and follow through without letting emotions overrun good judgment or manners.”

Children’s Books Could Save the Independent Bookstore by Jonathan Brett from BRW. Peek: “Brick-and-mortar book shops that sell printed books are enjoying a resurgence in Australia just a few years after the rapidly expanding digital book sector threatened their very existence.” 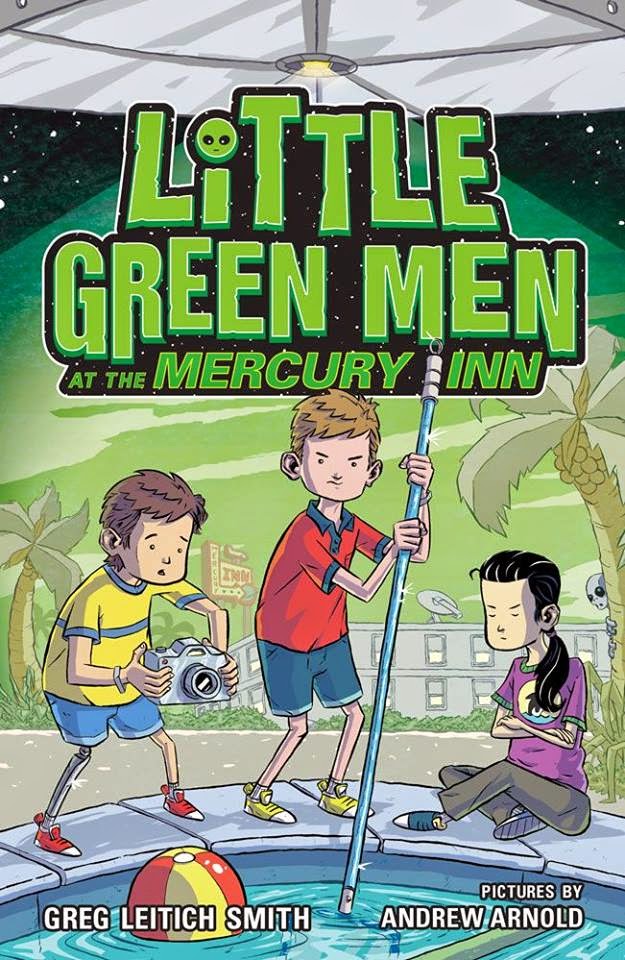 If Someone Only Knew from Never Counted Out. YA author e.E. Charlton-Trujillo Challenges At-Risk Youth to Write Their Stories for Each Other and Not as Suicide Notes. Peek: “Write an essay that answers this sentence: ‘If someone only knew…’ A selection of submissions will be published to the Never Counted Out blog. Select essays will be published anonymously in 2016 in a paperback anthology…” 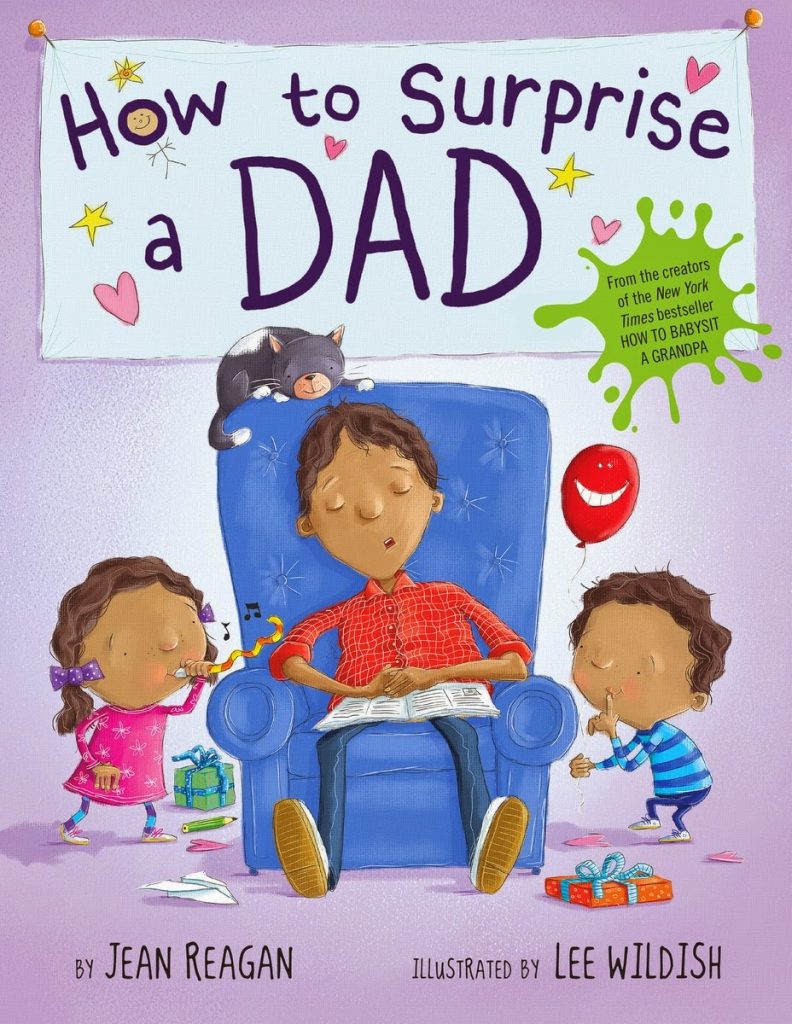 The winners of signed copies of Moonpenny Island by Tricia Springstubb (HarperCollins, 2015) were Kathleen in Missouri and Deena in New York.

The winner of The Dickens Mirror by Ilsa J. Bick (Egmont, 2015) was Alicia in Alabama.

Enter Diversity in YA’s 2015 Anniversary Giveaway.
Peek: “With generous donations from publishers and authors, we are
thrilled to be giving away 100 books with main characters who are of
color, LGBT, and/or disabled.” Note: includes Cynthia Leitich Smith’s Feral series (Candlewick, 2013-2015).

Great news! This week marks the release of Things I’ll Never Say: Stories About Our Secret Selves by Ann Angel (Candlewick, 2015)! The anthology includes my short story, “Cupid’s Beaux,” which is told from the perspective of the guardian angel Joshua from my Tantalize–Feral universe. Learn more and enter the giveaway from Cynsations.