Right about the time I pitched my first anthology, a writer friend said she’d hate that sort of work.

“It would be so time-consuming to read all those stories,” she said. “I can’t imagine having to edit all that content and you’ll have to write all that front and back matter and it will take away from your own writing.”

Even though everything she said is true, I love editing anthologies. The reading can sometimes feel overwhelming and selecting stories is time consuming; editing requires right-brained analytic work and lots and lots of analyzing and thinking and rethinking.

While editing anthologies takes huge chunks of time away from personal writing time, there are so many good reasons to take them on.

Anthologies provide diverse viewpoints on a single topic, and they provide broad and unexpected stories in a single volume.

The best reason I choose to edit an anthology is that I get to take a topic that has far reaching consequences and bring varied perspectives into the world of young adults. This varied perspective provides young adults the benefit of observing a variety of responses to a single concept while also helping them figure out how they might think about and respond to the concept themselves. 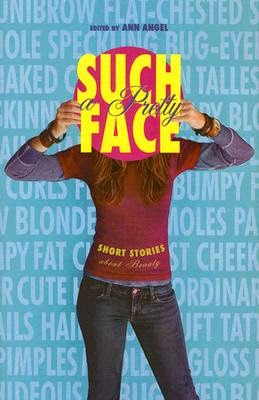 That wider view is what motivated me to take on media’s perspective of beauty with my first anthology, Such a Pretty Face, Short Stories About Beauty (Abrams, 2007).

More recently, after volunteering at a writing workshop for survivors of domestic violence and trafficking, I was motivated to take on the idea that secrets shape who we are and who we will become in the anthology Things I’ll Never Say: Stories About Our Secret Selves (Candlewick, 2015).

The best part of reading stories for this project was to realize the many layers of secrets. It appears some secrets can be innocent while others hold us hostage to the person whose secret we share. Secrets can be playful and funny or dark and dangerous.

I had expected some of the stories of secrets to show that keeping secrets can shame us into permanent silence.

But I was delighted to receive funny and sweet stories. Cynthia Leitich Smith wrote about an angel falling in love with her tale of Josh in “Cupid’s Beaux.” Although the humor was a bit darker, Ron Koertge’s “Call Me” developed the California voice of a wild teen girl who hides a slew of secret boyfriends from one another.

In contrast, I was heartbroken by the story of a girl who hides her mother’s hording in “The We-Are-Like-Everybody-Else Game” by Ellen Wittlinger. Other heartbreaks portraying the power of our secrets can be found in Louise Hawes’ “When We Were Wild” and Kerry Cohen’s “Partial Reinforcement.”

I learned the power of reporting a secret to protect a friend in “A Thousand Words,” from Varian Johnson. Chris Lynch’s “Lucky Buoy” showed that the darkest secret’s power is diminished if you reveal it to just one person who cares, while Mary Ann Rodman’s “Easter” was a sensitive portrayal of a teen choosing to keep the secret of adoption for his baby boy.

Another reason I like editing anthologies is that each call for stories allows me to glimpse inside each writer’s diverse creative process around a singular topic or similar concept.

While writers might all begin heading toward a similar plot problem, I’ve observed that the most cliché idea takes on a new un-clichéd life through distinct characters or in the way the story is set and carried out.

For instance, two writers might take on a secret surrounding sexuality, but the story takes on new life if it’s set in a fantastical world which occurs in Katie Moran’s “Little Wolf and the Iron Pin” as well as in Zoe Marriott’s “Storm Clouds Fleeing from the Wind.”

Other times writers push the envelope on a story so that readers get a glimpse inside the most dysfunctional—and well hidden–moments in a family which is what E.M. Kokie did with her story “Quick Change,” Kekla Magoon accomplished in “For a Moment Underground,” and J.L. Powers did in “A Crossroads.”

In observing how different writers’ work their minds around a problem, and in closely observing how they craft action and scene around the concept, it shouldn’t be a surprise that each writer brings his or her own sensibility to a story, almost always turning it into an intensely personal experience that resonates with readers.

One of the most pleasant surprised about this anthology was seeing the cover for the first time. Created by collage artist Wayne Brezinka, this cover made me tear up over the rich and layered depiction of our secret stories.

This anthology also demonstrated the power of sharing our gifts and secrets. The teaching authors included were asked to invite one past student to submit a story for possible selection.

In the end, the selected story is the heartbreaking tale of a girl who parents her own mother and protects her little sister from a family secret. I don’t think I’ll ever be able to erase the image of a teenager dancing a slow waltz to Meatloaf songs with her drunken mother. While erica l. kaufman’s “Three-Four Time” may be one of her first publications, watch for this talented writer’s future work, as it won’t be her last.

Finally, I wrote a story based upon an idea that came out of the workshop that spawned this anthology. “We Were Together” looks at what happens when a boy loves girls too much. I have to admit I was seriously pleased when one of Candlewick’s editors responded that it’s refreshing to read something from the jerk’s perspective.

I hope you find each story refreshing, emotionally resonant and a great joy to read. 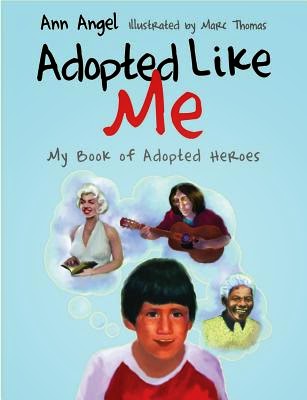 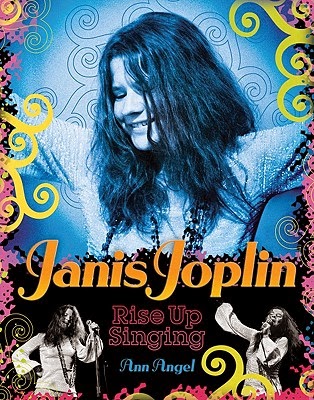 Ann Angel loves the world of young adults and writes both fiction and nonfiction for this group. She is the author of the 2011 YALSA Excellence in Nonfiction Award winner Janis Joplin, Rise Up Singing (Abrams, 2010) among many other biographies.

Her most recent biography, for younger audiences, is Adopted Like Me, My Book of Adopted Heroes (Kingsley, 2013). Previously, she served as contributing editor for the anthology Such a Pretty Face, Short Stories About Beauty (Abrams, 2007).

A graduate of Vermont College’s MFA program in Writing for Children and Young Adults, Ann directs the English Graduate Program and teaches writing at Mount Mary University in Milwaukee where she lives with her family. She was drawn to this idea of Things I’ll Never Say because she believes that the secret self is often the true self. 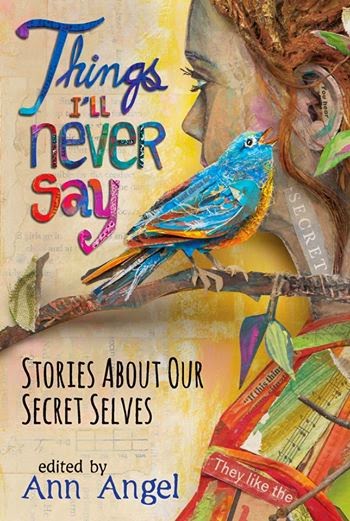 Enter to win a copy of  Things I’ll Never Say: Stories About Our Secret Selves by Ann Angel (Candlewick, 2015). Publisher sponsored. U.S. only. From the promotional copy:

Fifteen top young-adult authors let us in on provocative secrets in a fascinating collection that will have readers talking.


A baby no one knows about. A dangerous hidden identity. Off-limits hookups. A parent whose problems your friends won’t understand.

Acclaimed author Ann Angel brings together some of today’s most gifted YA authors to explore, in a variety of genres, the nature of secrets: Do they make you stronger or weaker? Do they alter your world when revealed? Do they divide your life into what you’ll tell and what you won’t?