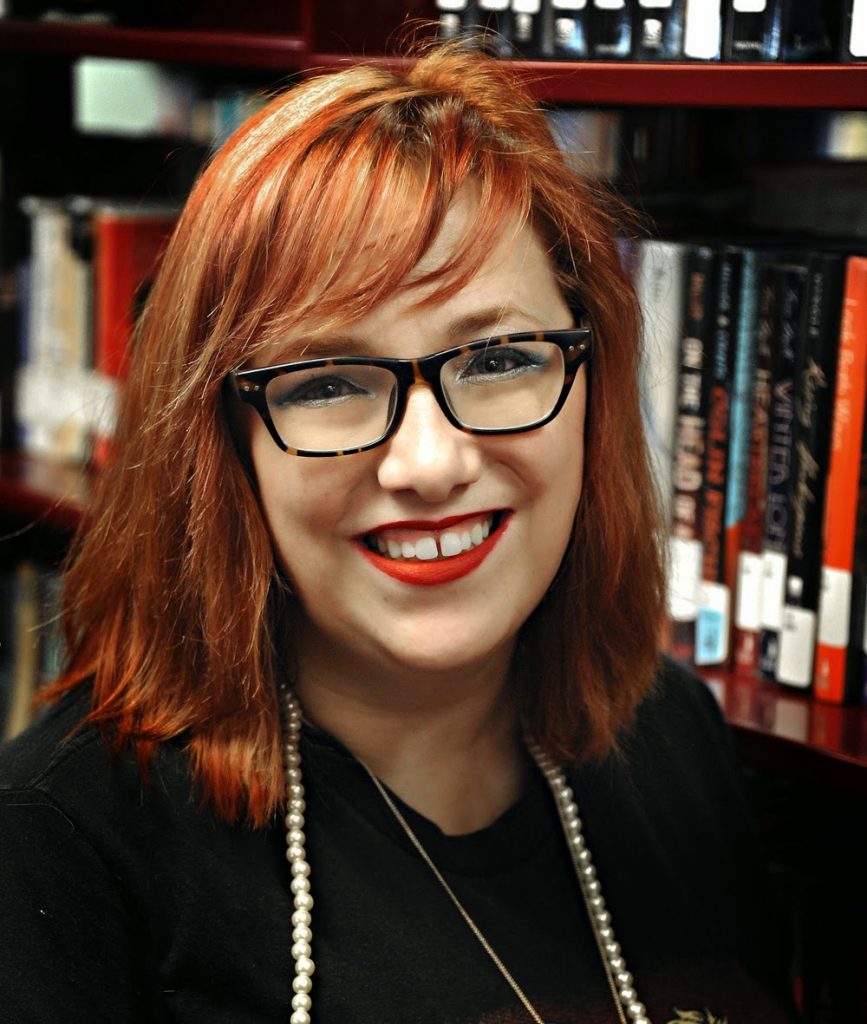 At least they love writing it. When I ask teens whether they read much poetry, though, the answer is usually no.

I think I know why. Outside of my bona fide freaky obsession with Emily Dickinson from the age of six, this was pretty much my exposure to poetry outside of Shel Silverstein:

But I had a teacher by the name of Mrs. Graves.

Cynthia Graves taught us sonnets and Shakespeare, sure. But she had us write our own sonnets, instead of just memorizing Bill. And then she gave us Louise Glück.

Louise Glück changed everything for me. I realized that I could write a poem that didn’t rhyme. Or that spoke to me, with honesty. That poems didn’t have to be about love or tragedy (though they could be). That sometimes you could just enjoy a poem, and not have to think what it “means.” And maybe it wasn’t just Louise Glück that changed everything.

(Pause for a shout-out to my girl Louise, for winning a National Book Award in November!)

It was Cynthia Graves.

But not everyone gets to be in Mrs. Graves’ class. And, survey says, poetry in the classroom hasn’t changed a whole lot since I was in school. I’m guessing there’s a little less Robert Frost here in Texas and hopefully a lot more Naomi Shihab Nye. And while there aren’t many poetry collections published for the YA market, that doesn’t mean we can’t share grown-up poetry with teens. Frost was hardly writing YA!

Sure, I’m still obsessed with Emily Dickinson as an adult. I appreciate Shakespeare. But I also love reading literary magazines and discovering new voices. I love writing found poetry using YA novels and fashion magazines. I love writing poems about UFOs and jackalopes.

I love when a fellow writer gives me a prompt and I have to create something under whacky constraints. It’s wild! It’s joyful! It’s making stuff! It’s telling stories!

I want kids to know this love, to find that poetry is more than iambic pentameter and some crusty dude with a quill. I want kids to see that they can read Gwendolyn Brooks! Tracy K. Smith! Austin Kleon! Francesca Lia Block! Tomaž Šalamun! Joseph Bruchac! Christine Heppermann! Ada Límon!

There are so many contemporary poets writing brilliant work – do we really all have to read the same guys, over and over, for generations? 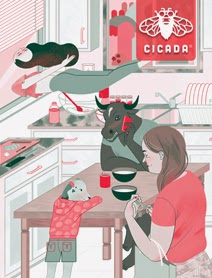 I want to see grown-ups making magazines like Cicada and The New Yorker and Bat City Review (this is U.T. Austin’s lit mag – insert your local college’s lit mag here) available in their classroom libraries. In their bathrooms. On their teens’ nightstands. On their own nightstands.

Teens will read poetry, I swear. Just give them a little more A little more variety to choose from. Let them enjoy the work, without always having to find the exact meaning. (Sometimes, I don’t even know everything about my poems’ meanings until a reader asks me a specific question!) Give them poets who look like them, who live like them, who speak to them. Who write poems that are weird, honest, awkward, fantastical.

You wouldn’t believe how many kids are purportedly “stealing” my poetry books from their parents because they’re full of ghosts and lake monsters. Or how teens love hearing about making new poetry out of old texts.

Young people are attracted to writing poetry for a reason. I’d love to see a generation that loves reading it, too.

E. Kristin Anderson is a Pushcart-nominated poet and author who grew up in Westbrook, Maine and is a graduate of Connecticut College.

She has a fancy diploma that says “B.A. in Classics,” which makes her sound smart but has not helped her get any jobs in Ancient Rome.

Once upon a time she worked for the lovely folks at The New Yorker magazine, but she soon packed her bags and moved to Texas.

Currently living in Austin, Texas, Kristin is an online editor at Hunger Mountain and a contributing editor at Found Poetry Review. Kristin is the co-editor of the Dear Teen Me anthology (Zest Books, 2012), based on the website of the same name.

As a poet she has been published in many magazines including Post Road, the Cimarron Review, [PANK], Asimov’s Science Fiction, and Cicada and she has work forthcoming in Contemporary Verse 2 and NonBinary Review.

Kristin is the author of two chapbooks of poetry: “A Guide for the Practical Abductee” (Red Bird Chapbooks, 2014) and “A Jab of Deep Urgency” (Finishing Line Press, 2014).

She hand-wrote her first trunk book at sixteen. It was about the band Hanson and may or may not still be in a notebook in her parents’ garage.

She blogs at EKristinAnderson.com and is currently working on a full-length collection of erasure poems from women’s and teen magazines.