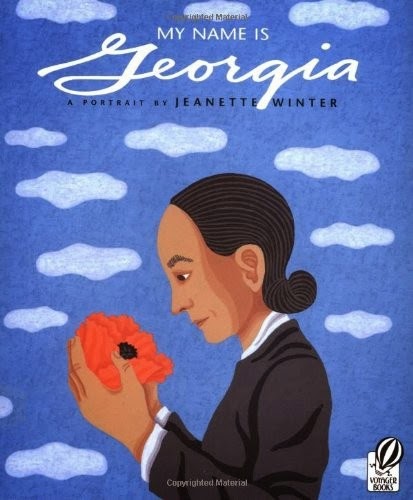 Six Picture Book Biographies Show the Joy of Longer Lives by Lindsey McDivitt from A Is for Aging. Peek: “…these picture book bios offer huge benefits to kids—showing them adventure, creativity, and enjoyment, not only over the course of an evolving life, but well into old age.”

Outlining: Why I Made the Switch and Tips for Trying It by Elizabeth S. Craig from Writer Unboxed. Peek: “…I’d have to outline for the one editor anyway, and I’d either have to be super-organized and not make any mistakes to get the other two out…or else I could try outlining all three of them. I became a reluctant outliner.”

Three Tips to Surviving a Public Speaking Event by Becca Puglisi from Writers Helping Writers. Peek: “Whatever the occasion, when it’s your turn to stand up in front of an audience, make them wait. Not too long, though.” See also The Online Presence That’s An Extension of Who You Are and What You Do (Or Is It Just a Fantasy?) by Jane Friedman from Writer Unboxed.

“Ya Gotta Pay Your Dues” by Donna Janell Bowman from The Writing Barn. Peek: “Even now, after a tiny bit of success in my publishing journey, I still find comfort in justifying a rejection as one step toward paying my dues (but I would love to receive a rejection addressed to Princess.)” See also Should Children’s Authors Self-Publish? A Conversation with Two Literary Agents by Sangeeta Mehta from Jane Friedman.

Fear and Killing the Muse by Linden McNeilly from Quirk and Quill. Peek: “…with all that trepidation around us, controlling our every anxious breath as we try to create stories, what can we do?” 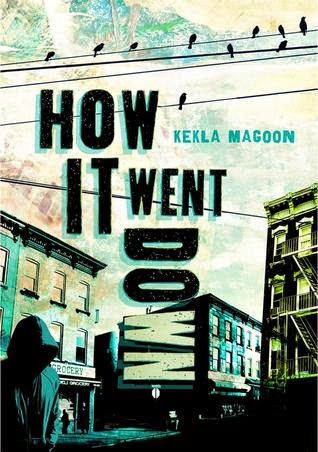 More Than Numbers by Megan Schliesman from CCBlogC. Peek: “…as we talk about numbers, which is an important dimension of the discussion about diversity and publishing, it’s important that we don’t lose sight of the terrific books by people of color that are published each and every year.” Note: highlights top titles of the year by African Americans. See also Thoughts on Ferguson and Recommended Resources by Jason Low from Lee & Low and Justice on the Lesson Plan by Olugbemisola Rhuday-Perkovich from the Brown Bookshelf.

Using Google Earth to Research Your Setting by Darcy Pattison from Fiction Notes. Peek: “…allows you to see the topography, or the terrain, of a setting. Is it hilly, flat, or somewhere in between?”

My First Author/Illustrator Skype Visit, What I Learned and What I’d Do Differently Next Time by Debbie Ridpath Ohi from Inkygirl.com. Peek: “Make sure you leave time for a Q&A, and coordinate with the teacher ahead of time so that he/she is able to have students prepare questions in advance.”

Writing Non-Human Characters by Cavan Scott from An Awfully Big Blog Adventure. Peek: “A race of non-humans should never have the same characteristics, unless perhaps if they are a true hive mind. Similar traits maybe, but there should be individuality there.”

Becoming a Better Writer in 2015 by Barbara O’Neil from Writer Unboxed. Peek: “Maybe one is that I’m going to write about things that scare me, or things that are secret. I might only write those things for myself, as an exercise, but maybe I’ll write them into the work of my novels, too.”

“Every day in November, there is a new post from a picture book champion explaining why he/she thinks picture books are important.” Each also features teacher guides and curriculum connections.”

Learn more from and about the work of:

The fundraising campaign is ongoing and will close Dec. 10. Thanks to all for donating, signal-boosting and participating in the larger conversation in children’s-YA books! 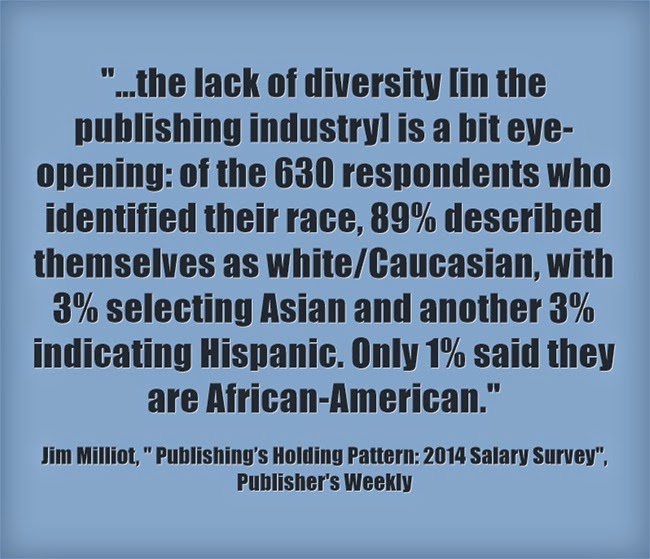 “First we announced that we reached our initial goal of 100K. Now we can announce we have reached both of our first two stretch goals! Thank you so much for making this possible, and now it’s time announce our third stretch goal:

“The problem with diversity in children’s literature won’t be solved over night or even in a year. Battling entrenched barriers for diverse books takes sustained effort. Your donations from here on out, every single dollar, helps WNDB maintain our long-term viability and to continue to change the face of children’s literature for years to come.”

See also The Problem with Ethic Heritage Months from Lee & Low and A Cheat Sheet for Selling Diversity from Grace Lin (PDF). 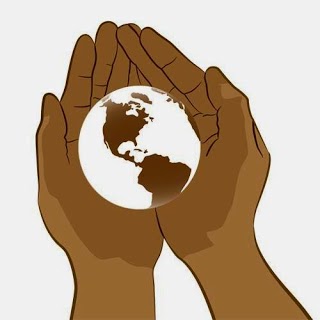 Kid Lit for Haiti is an online auction featuring talent donated by authors, illustrators, editors, art directors, and agents. 100% of the proceeds benefit the students supported by the 501c3 nonprofit organization called The Friends of Haiti Inc. All money from this auction will be used for scholarships for students in Haiti.

See also a two-book giveaway of The Good-Pie Party by Liz Garton Scanlon, illustrated by Kady MacDonald Denton from Tara Lazar at Picture Book Idea Month and a giveaway Utopia, Iowa by Brian Yansky from Goodreads.

It’s a short week here at Cynsations! Lots to do around the house. I’m taking off early for the holiday and will be back on Monday. Cynsational readers, I am thankful for you!

See a review of “The Hunger Games: Mockingjay, Part 1” by Shoshana Flax from The Horn Book.

Link of the Week: Thanksgiving: What It Means for Native Americans: An Audio Interview with Suzan Shown Harjo from The TakeAway with John Hockenberry. Peek: After discussing the conflicting concepts of many Native people (a day of mourning) versus most others in the U.S. (a day of celebration) with regard to Thanksgiving, she says in part, “Giving thanks is a genuine Native tradition, and it’s a wonderful tradition, and I especially like the idea of a feast that everyone’s having that is comprised soley–if you do it right–of Native foods.” See also Suzan Shown Harjo Receives Presidential Medal of Honor.

Another Link of the Week: Writing Native Lives in YA: An NYPL Discussion by Matia Burnett from Publishers Weekly. Peek: “Thinking in conventional editorial terms, Klein sought solutions to what she perceived as persistent questions in the book, and looked to other works of young adult literature as models. But many of these models, she came to realize, derive from western literary archetypes…” See also a full recording of the event. 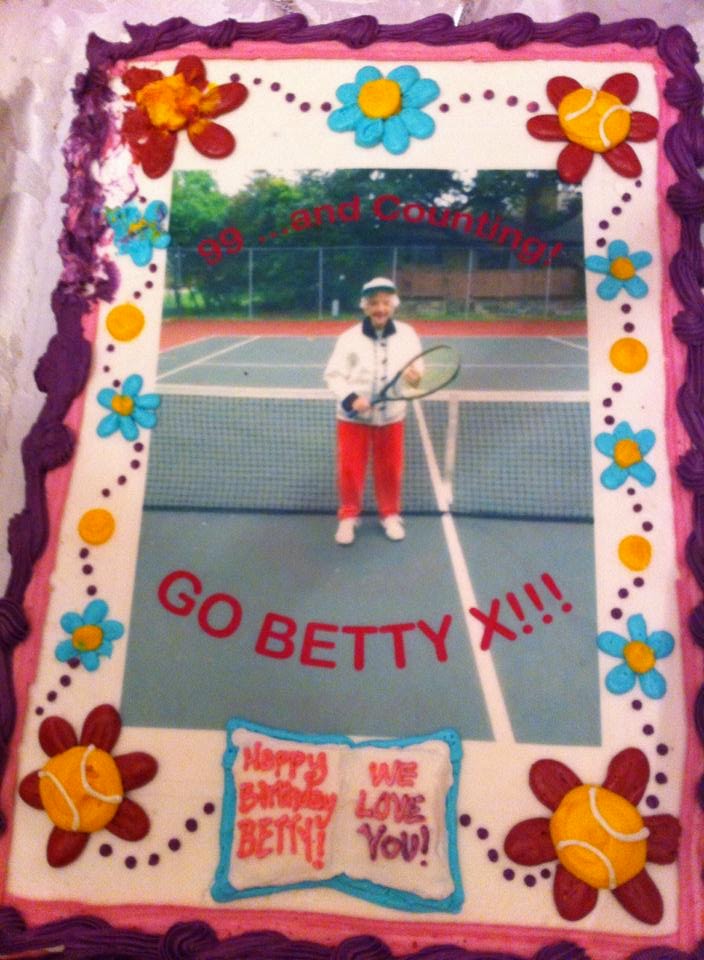 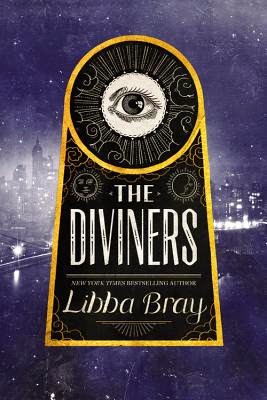 Cynthia Leitich Smith will speak at the American Library Association MidWinter Convention in Chicago from Jan. 30 to Feb. 3. Details TBA.