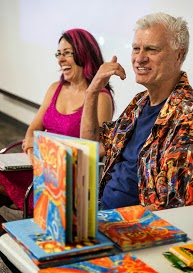 What would your life be like if it felt like you were looking into a kaleidoscope every time you opened your eyes?

What would it feel like to experience strange visions twenty-four hours a day, seven days a week, even at night when you dream?

That’s what happened to George Mendoza when he started going blind as a teenager.

When George was 15, he lost his central vision and started seeing things that weren’t there—eyes floating in the air, extraordinary colors, objects multiplied and reflected back.

George describes this condition as having “kaleidoscope eyes.”

He triumphed over his blindness by setting the world record in the mile for blind runners, and later competing in both the 1980 and 1984 Olympics for the Disabled.

Now a full-time artist, Mendoza’s collection of paintings, also titled “Colors of the Wind,” is a National Smithsonian Affiliates traveling exhibit. His artwork has also been printed onto fabric and is now sold internationally by Westminster as cloth for clothing and quilts.

Ironically, George paints what he “sees,” an entirely unique phenomenon among painters.

Colors of the Wind is George’s story, illustrated with his paintings (and supplemented with line drawings by Haley Morgan-Sanders).

I sat down with George and asked him about the process of becoming a children’s book illustrator.

Powers: What is it like to go from fine artist to illustrator of a children’s book?

Mendoza: Because of my vision problem, being legally blind, I was unable to illustrate the book. But ironically the words that you wrote fit into my paintings. It was kind of a miracle in a way.

Jill Morgan selected those paintings very carefully. And it saved me a lot of trouble because I couldn’t really put paintings to the words.

Powers: What is it like to have your art used to depict the journey to becoming an artist?

Mendoza: Well, I’ve had great success with painting and having Westminster Inc. do the fabrics, quilts, clothing based on my artwork.

To have my artwork reproduced digitally on books and fabrics is just a beautiful feeling, to know that people look at my art.

Now they don’t even know that I’m blind because they’re introduced to my artwork only as its reproduced digitally on different types of products.

Powers: Have you ever had art used as covers for CDs? Because I love that idea. 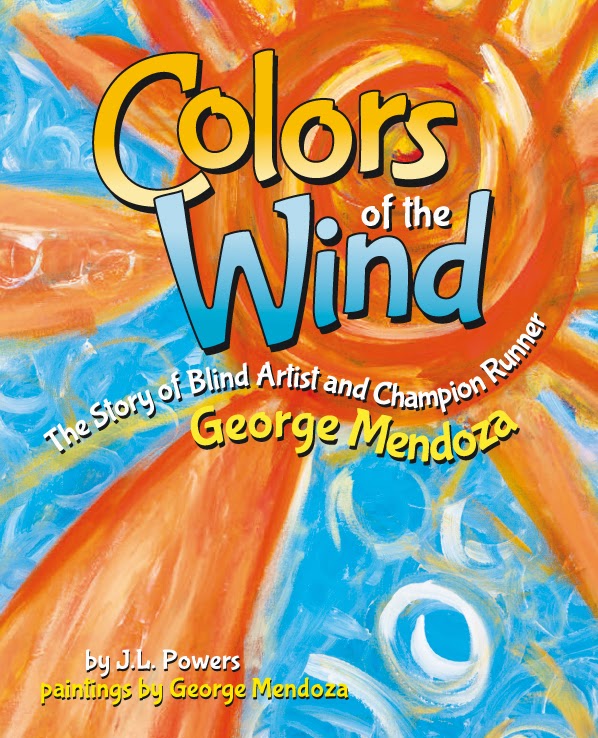 Mendoza: I have actually been contacted by some no-name bands that have put my artwork on their CD covers….and it’s fine with me.

Powers: That’s cool. Anything else you want to say about your journey as an artist and this foray into children’s book publishing?

She was like the hundredth publisher—email or phone–that I had received over a two-year period so I finally said, “What about our children’s book, Colors of the Wind?”

And it became a children’s book!