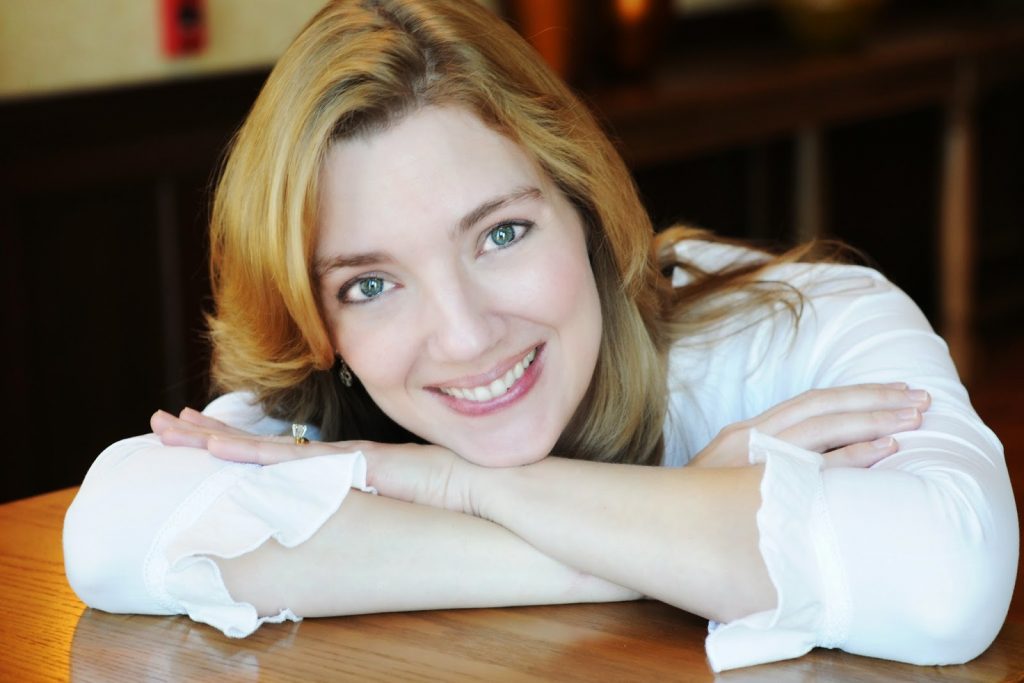 When I sold my first novel for children, I was advised to commit myself fully–to set aside my fledgling poetry for adults writing, and focus 100% on fiction writing.

Since I’d previously published only one volume of poems – with a small press – I could see the wisdom in the advice.

My heart, however, did not.

Poems popped up everywhere, as they are wont to do, and I, being a lifelong wordcatcher, could not set down my net. I developed a habit of prose in the mornings and poetry at night.

My second book of poems was released around the same time I sold my second novel. I embraced the image of myself as “poet and novelist,” and found comfort in Walt Whitman‘s words, “(I am large. I contain multitudes.)” I relished having not just one love, but two.

And then everything changed. Two loves became three. 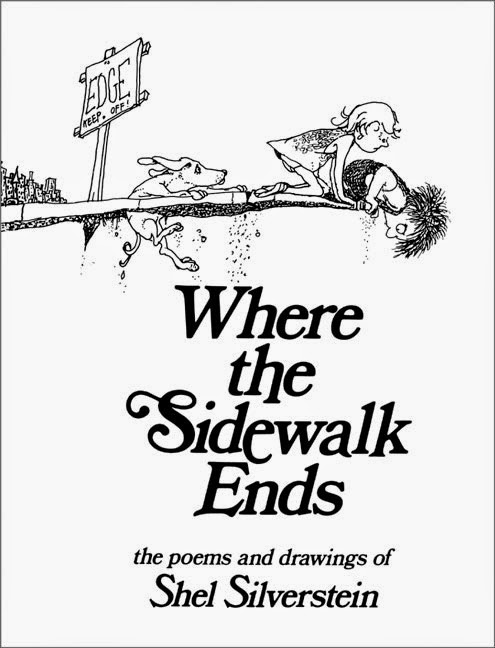 It happened when I attended an SCBWI-sponsored Poetry Retreat with Rebecca Kai Dotlich, where I learned that children’s poetry is not all Shel Silverstein, wonderful as his voice is; I didn’t have to be funny when what I like to write is beautiful.

That weekend I dived head-long into a collection of ocean poems. My fingers were at full tide for weeks. I wrote poem after poem. All of them for kids.

When I informed my agent, Rosemary Stimola, who originally signed me as a fiction writer and claims no expertise in the field of poetry, she replied, simply, “the world needs good poetry.”

And off we went, searching for an editor.

The first three collections we subbed didn’t find a publishing home – and rightly so. It’s one thing to write good poems, and another entirely to write a collection that hangs together, has a beginning, middle and end, and holds some appeal for the picture book audience.

Other things I’ve struggled with include avoiding themes that pervade my poetry for adults: romantic love, loss, longing. Tamping down the Wise Woman voice and approaching topics with a sense of wonder and fun and discovery. Flexing and stretching with rhyme as a poetic technique – one I use very little in my adult poetry. Using metaphor and similes that refer to a child’s world (chocolate milk) instead of the adult world (morning coffee). I’m still learning.

Meanwhile, I’ve done my best to be attentive to those other loves. Some days it feels like too much – like I’m bubblegum run out of its stretch. Some days I can’t blow a bubble to save my life.

I’ve learned to assign months for one or the other genre – for instance, this month is a prose month.

Some days other writing sneaks in – and that’s okay. Being unfaithful requires both discipline, and the relaxation of boundaries. You have to be forgiving of yourself, open to what the universe is presenting you at that moment. Know that this means ready-to-sub manuscripts may come at a slower pace – and that’s okay. 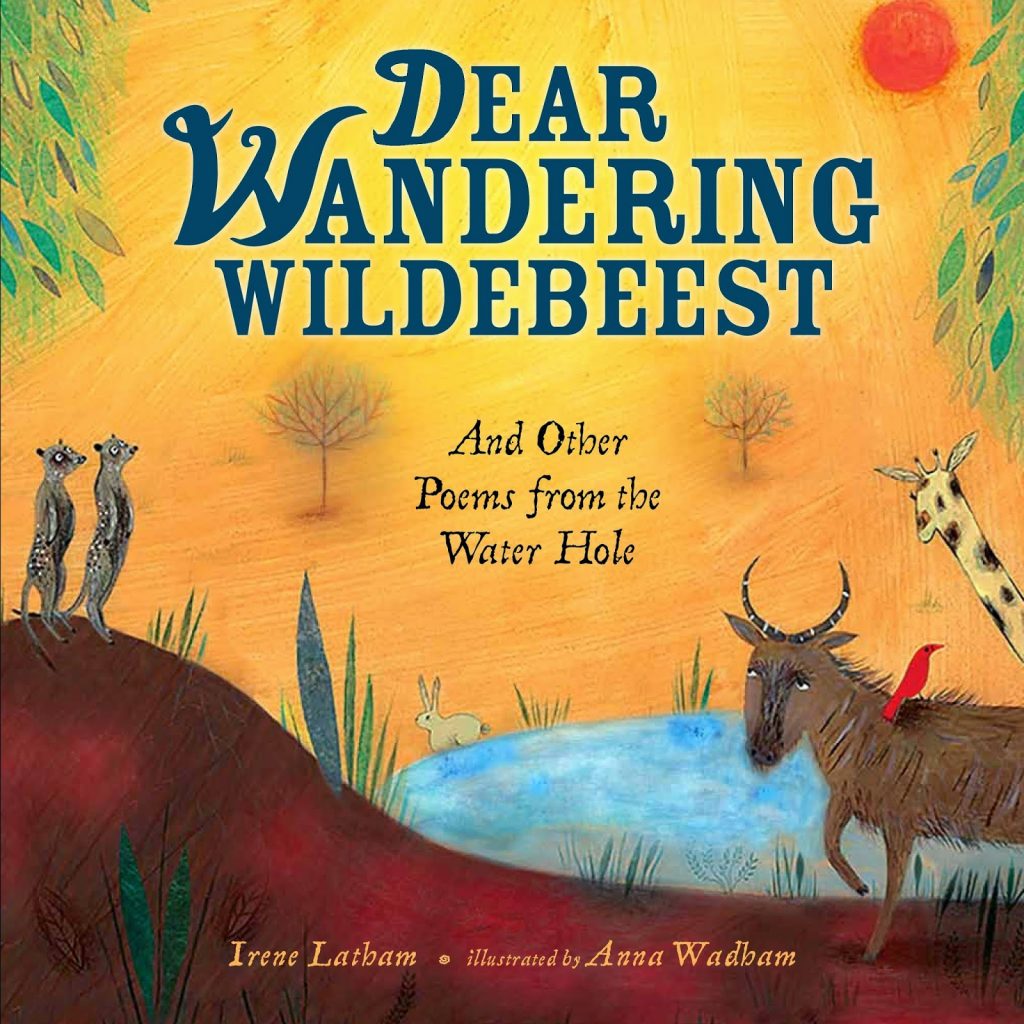 It helps to think of each genre as a relationship. Each of the sister-wives needs love and reassurance and affection. Each requires practice and patience. Trust that your heart is big enough for all of it – and more.

This month, as I deliver to the world my first book of poems for children, Dear Wandering Wildebeest: And Other Poems from the Water Hole, with illustrations by Anna Wadham (Millbrook), I’m at peace with my writing heart’s infidelity.

I like to think of it not as a problem, but a strength. It’s like being multilingual – and how marketable is that in today’s world?

Ultimately it creates a writing life filled with movement and adventure.

I can’t wait to see where the current takes me next.

Irene Latham is a poet and novelist from Birmingham, Alabama. The award-winning author of three volumes of poetry for adults and two novels for children Leaving Gee’s Bend (Putnam) and Don’t Feed the Boy (Roaring Brook), she has yet to meet a genre she didn’t like.

Her debut book of poems for children Dear Wandering Wildebeest (Millbrook) has earned starred reviews from Kirkus and School Library Journal and was inspired by photographs taken by Greg du Toit, who submerged himself in a Kenyan water hole in order to best capture the animals drinking.

Two more poetry books for kids Fresh Delicious: Poems from the Farmer’s Market and Summer in Antarctica will be released in 2016.