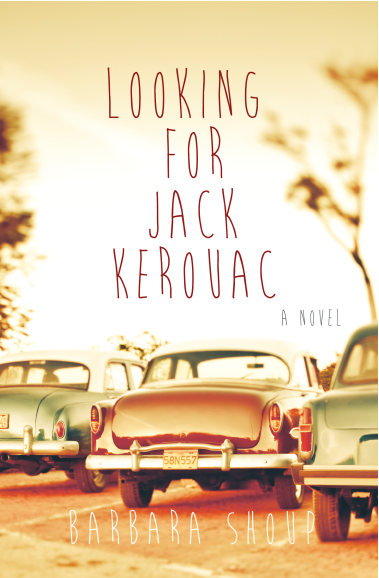 Few writers attained the fame Jack Kerouac experienced after the publication of his novel, On the Road (Viking, 1957). The book captured the spirit of rebellion bubbling beneath the staid and satisfied 1950’s, and inspired countless young people to throw off their parents’ expectations and set out on adventures of their own.

Kerouac himself became an icon, a role he both gloried in and despised—and which, ultimately, undid him.

Looking for Jack Kerouac isn’t about Kerouac himself, but about a boy, Paul, who takes off in search of him because he believes Kerouac can help him figure out what to do with his life.

“Lost in the pages of On the Road, I felt like…myself,” he says. “Like the book knew who I was, what I wanted, and was speaking back to me somehow.”

But the Jack Kerouac Paul finds is nothing like Sal Paradise, the character Kerouac fashioned after himself in the book. He’s living in a tacky little house with his elderly mother in St. Petersburg, Florida—an alcoholic, a bigot, a right wing fundamentalist and full of rage about where his life has taken him.

What could a guy like that offer a grief-stricken, idealistic young man in love with the idea of freedom? That was the biggest challenge I faced, writing the book.

Like most people in my generation, I’d read On the Road. I thought of Kerouac as the ultimate in cool, shaking his fist at the world, going where he wanted to go, doing what he wanted to do. I knew Kerouac was wild and reckless, that he squandered his career and died young of cirrhosis of the liver.

But reading his books and books about him, especially those by people had known him, made me begin to understand what a complex person he had been, what a bundle of contradictions. 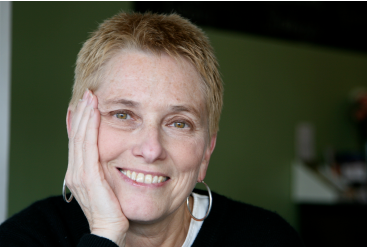 The more I read about Kerouac, the more real and sympathetic he became to me. The icon faded, leaving a just a wrecked man, who had just enough left in him to give a grieving kid what he needed to accept his mother’s death and begin the next phase of his life.

I don’t want to do a spoiler here, so I’ll just say that answer lay not in On the Road, but in Visions of Gerard (FSG, 1963), an autobiographical novel about the death of Kerouac’s saintly older brother.

I worried a lot about getting Jack right. I didn’t want to glamorize him, nor did I want to make him seem only pathetic. So I was thrilled when David Amram, a close friend of Kerouac, said this about my novel:

“Like Kerouac’s own writing, Barbara Shoup’s new book Looking for Jack Kerouac brings you right into his world and gives the reader a chance to spend time with him. Shoup’s portrayal of Kerouac is astonishingly real and provides a whole fresh look of what it was like for those few of us left who spent time with him.”

No matter what happens to the book from here on out, the knowledge that I succeeded in capturing Kerouac’s spirit will always mean more to me than anything else. 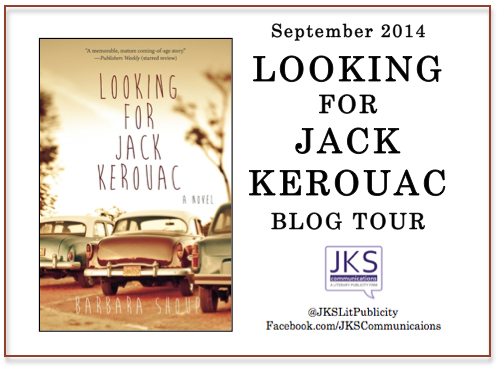 Set in 1964, Looking for Jack Kerouac tells the story of Paul Carpetti, a boy from a working class family in the Calumet Region of northwest Indiana, whose dreams of a different kind of life and grief at the loss of his mother set him on a road trip that includes a wild night in Nashville, Tennessee, an all-too-real glimpse of glimpse of racism; and an encounter with a voluptuous mermaid named Lorelei—landing him in St. Petersburg, where he finds real friendship and, in time, Jack Kerouac.

By then a ruined man, living with his mother, Kerouac is nothing like the person Paul has traveled so far to meet.

Yet, in the end, it is Kerouac who gives him the key that opens up the next phase of his life.