Rachel M. Wilson is the first-time author of Don’t Touch (HarperTeen, 2014). From the promotional copy:

A powerful story of a girl who is afraid to touch another person’s skin, until the boy auditioning for Hamlet opposite her Ophelia gives her a reason to overcome her fears.


Step on a crack, break your mother’s back. Touch another person’s skin, and Dad’s gone for good.


Caddie can’t stop thinking that if she keeps from touching another person’s skin, her parents might get back together… which is why she wears full-length gloves to school and covers every inch of her skin.


It seems harmless at first, but Caddie’s obsession soon threatens her ambitions as an actress. She desperately wants to play Ophelia in her school’s production of Hamlet. But that would mean touching Peter, who’s auditioning for the title role—and kissing him. Part of Caddie would love nothing more than to kiss Peter—but the other part isn’t sure she’s brave enough to let herself fall.


Perfect for fans of Laurie Halse Anderson, this debut novel from Rachel M. Wilson is a moving story of a talented girl who’s fighting an increasingly severe anxiety disorder, and the friends and family who stand by her. 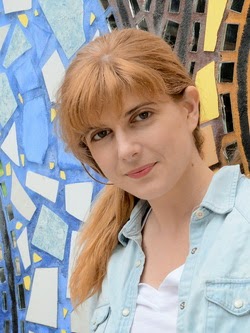 Because of how things work at Harper Collins, there were many “calls” with several stages of increasing excitement: They’re interested! It’s going to an editorial meeting! It made it through editorial! It’s going to acquisitions!

All these different people have to sign off on the book, and on the days of those various meetings, it was surreal going to work knowing that in New York, people I’d never met were making decisions about my book.

We had other interest as well, so I had the opportunity to speak with the prospective editors.

“The call” I remember is the one in which I heard the final offers and needed to make a decision by end of day.

At the time, I was coordinating an after-school program. The kids would be arriving any minute, but I ducked into a classroom to hash out the pros and cons with my agent, Sara Crowe. I also called my friend Varian Johnson for moral support.

I’m terrible with big decisions—I always mourn the loss of the path not taken even when I’m confident I’ve made a good choice—and I needed to hear voices I trusted supporting my decision. I couldn’t really go wrong, but at the same time it felt like a Choose Your Own Adventure book where any path might lead to a swamp monster devouring my book deal. 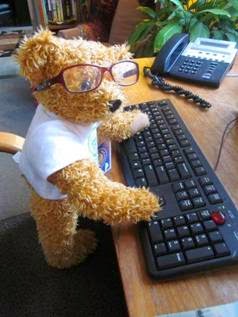 After I made my choice official, I had to continue on with work and have a normal afternoon, and none of it felt real.

It finally hit me when a friend said she’d seen the announcement in Publishers Marketplace. I saw her message in a parking lot, started to drive away, and then had to pull over and sob.

It was the weekend of AWP in Chicago, so I walked around the conference all weekend with this secret knowledge, wanting to tell everyone.

Luckily, I had plenty of writerly friends in town to share the good news. A few of us went to The Magic Parlour at the Palmer House Hilton, and I went to the VCFA meetup at AWP and won a VCFA teddy bear in the raffle, which was the nicest coincidence since he always reminds me of how unstoppable I felt that whole weekend.

How have I approached it? Like a mascot on ice skates, which is to say with much enthusiasm, limited foresight, and little regard for my personal well-being. It seriously feels like a full-time job, and it can become one if you let it.

Organization is key. A production manager friend of mine recently helped me overhaul my task management and email systems. For the first time in my life, I have an empty inbox, and I’ve been using Trello to track to-dos. I try to say “yes” to every opportunity, so anytime I’m offered an interview or guest blog, I add it to Trello and set a deadline so I won’t fail to follow through.

For the record, I have not ordered bookplates.

I may regret that.

That’s the thing about promotion—there’s no end to what you could do, little agreement on what you should do, and definite limits on what you can do. This way lies madness.

Knowing myself, I’m more likely to follow through with something I’ll enjoy on multiple levels. And since there is limited time and money for all of this, I might as well spend it on the fun parts.

For example, I proposed a giveaway contest to Fashion by the Book. I enjoy that blog, I want to get more involved with Tumblr, and the contest is something I’d want to do—I like making outfits with Polyvore. After seeing several of my fellow debut authors running giveaways of annotated ARCs and thinking that would be fun, I decided to make my own.

I’m also making a book trailer. That might not be fun for every author, but as a theater person in a major city, I’m able to wrangle many helpful friends, including an amazing director and casting director, Matt Miller, whose webseries, “Teachers,” was recently picked up for a pilot with TV Land.

Beyond getting organized and having fun, my advice is to brainstorm all the possibilities—even the ones that seem out of reach, make wish lists, prioritize, be generous in helping out other authors, and don’t be afraid to ask for help. Reach out to bloggers and suggest promotional posts or giveaways; ask your friends and your publisher for support. As long as you’re being kind and respectful of people’s time, the worst they can say is “no,” and I’ve found that “yeses” are far more common.