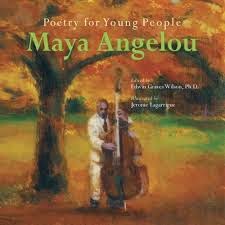 Remembering Maya Angelou from NBC News. Peek: “The renowned poet, author and civil rights activist with the unmistakably regal voice died on May 28 at the age of 86.”

In a Commanding Literary Voice, Maya Angelou Sang Out to the World by Elizabeth Alexander from The New York Times. Peek: “The intimate lives of such women were not considered the stuff of memoir on a grand scale until the success of I Know Why the Caged Bird Sings (1970), which found a readership of millions.” Note: Maya Angelou‘s first book was published when she was 41.

The Language of Maya Angelou by Anne H. Charity Hudley from Slate Magazine. Peek: “The language in her works reflect the different social and cultural worlds that she navigated, especially as a groundbreaking Black poet with access to Standardized English, African American English, and the great diversity of both.”

Maya Angelou: A Hymn to Human Endurance by Lev Grossman from Time. Peek: “When Maya Angelou was 16 she became not only the first black streetcar conductor in San Francisco but the first woman conductor. By the time she was 40 she had also been, in no particular order, a cook, a waitress, a madam, a prostitute, a dancer, an actress, a playwright, an editor at an English-language newspaper in Egypt, and a Calypso singer…” 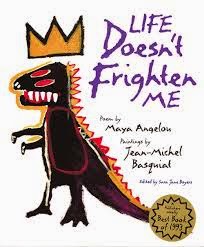 Maya Angelou, Radical Activist by Adam Sewer from MSNBC. Peek: “History has a way of turning radicals into Hallmark cards–a task made even easier with Angelou given that she
literally wrote Hallmark cards. But behind her inspirational quotes and talent for turning a phrase was a dedicated activist, not just a witness but a fighter in the battle for black rights in America.”

Maya Angelou’s Life in Photos from The New Yorker.

How Maya Angelou Touched a Young Teacher’s Life by Valerie Strauss from The Washington Post. Peek: “I’d been nervous to use Angelou’s memoir; there was a deep racist streak in the town, and the school itself had recently had a racially charged incident. But Angelou’s story of struggle resonated deeply with my students, and when we finished Caged Bird, they decided to continue reading as many of her books as they could.”

Food, Friends and Freedom: Nikki Giovanni Remembers Maya Angelou from CNN. Peek: “We only have to look at her life to see that she took every ounce of joy life had to offer.”

Maya Angelou Was Deeper Than a Pithy Quote by Mary Schmich from The Chicago Tribune. Peek: “Death is an occasion to get to know someone better. The publicity surrounding Angelou’s death has provided a lot of people with the occasion to look more closely at her life and her writing.”

Books in Remembrance of Maya Angelou (1928-2014), compiled by Elissa Gershowitz from The Horn Book. Peek: “We were saddened to hear of the passing of Maya Angelou. Here are some books by which to help remember the great author and poet.”

Maya Angelou: Finding My Voice from Visionary Project. Peek: “…mutism is like a drug. It’s so addictive. You don’t have to do anything.”

One Reply to “In Memory: Maya Angelou”