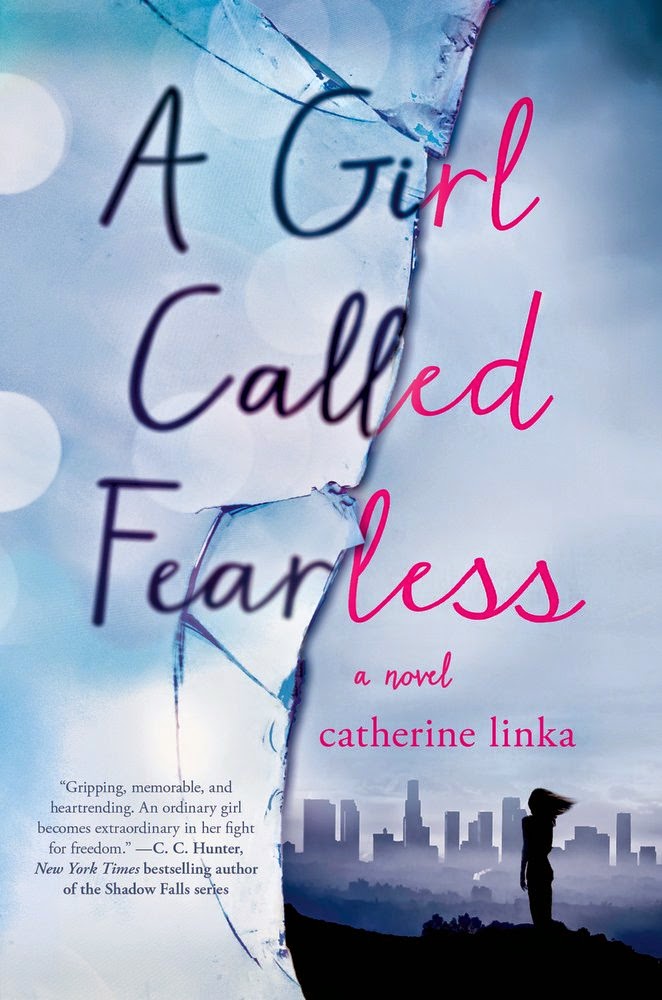 Congratulations to debut YA Author Catherine Linka on the release of A Girl Called Fearless (St. Martin’s Griffin, 2014)! From the promotional copy:

Avie Reveare has the normal life of a privileged teen growing up in L.A., at least as normal as any girl’s life is these days. After a synthetic hormone in beef killed fifty million American women ten years ago, only young girls, old women, men, and boys are left to pick up the pieces. The death threat is past, but fathers still fear for their daughters’ safety, and the Paternalist Movement, begun to “protect” young women, is taking over the choices they make.


Like all her friends, Avie still mourns the loss of her mother, but she’s also dreaming about college and love and what she’ll make of her life.

When her dad “contracts” her to marry a rich, older man to raise money to save his struggling company, her life suddenly narrows to two choices: Be trapped in a marriage with a controlling politician, or run. Her lifelong friend, student revolutionary Yates, urges her to run to freedom across the border to Canada. As their friendship turns to passion, the decision to leave becomes harder and harder.

Running away is incredibly dangerous, and it’s possible Avie will never see Yates again. But staying could mean death.

See also An Interview with Catherine Linka on A Girl Called Fearless by Tami Lewis Brown from WCYA: The Launch Pad at Vermont College of Fine Arts. Peek: “Technically speaking, it is not easy to kill 50 million women in a relatively short span of time. But I was undaunted. Yes, I am dauntless.” 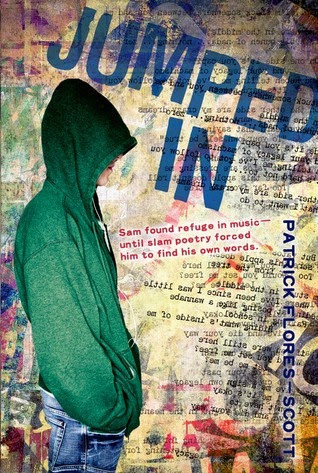 Let’s All Make the #WeNeedDiverseBooks Campaign an Ongoing Movement by Patrick Flores-Scott from Latin@s in Kid Lit. Peek: “The movement needs to push us published authors of all colors and stripes, to mentor diverse up-and-comers, to include pro-bono school visits to underfunded schools, and to write real, complex, fallible diverse characters who live the entirety of the American experience.” See also A Rambling Rant on Race and Writing by Lisa Yee from Red Room and The Stories We Tell by Zareen Jaffery from CBC Diversity.

The Green-Eyed Conference Monster by Jael McHenry from Writer Unboxed. Peek: “If your goal is to learn something about craft, are there lectures or workshops you could participate in, either in-person or online?” See also Do You Suffer from Fragile Writer Ego? by Judy Mollen Waters from Writer Unboxed. Peek: “Now that I’d seen it exhibited by two big name authors, I realize that no matter how successful, every writer must have it.”

HarperCollins to Buy Harlequin by Jim Milliot from Publishers Weekly. Peek: “…the biggest upside in acquiring Harlequin is the huge boost it gives to HC’s global presence. According to the companies, about 40 percent of Harlequin’s revenue comes from titles that are published in languages other than English.” See also Toon Books Adds Imprint for Older Readers by Brigid Alverson from Publishers Weekly.

Interview with Nikki Grimes by Laura Purdie Salas from Poetry for Children. Peek: “A poem might be needed to create back-story, or to explain the emotional state of the character, or to establish the story arc. Whatever the case, it is always Story that drives my choices.”

On Personal and Collective Memory: An Interview with Marjorie Agosín by Lyn Miller Lachmann from The Pirate Tree. Peek: “Although this book mirrors Chilean history and the era of Pinochet, the names [of the historical figures] are invented and I reimagined the time frame. I could not bear to make Celeste Marconi endure 17 years of a fierce dictatorship. Three was enough.” 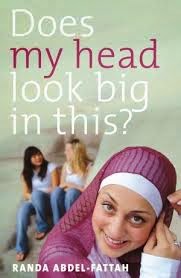 Writing & a Survey of YA Lit with Muslim Protagonists by Sajidah from YA Highway. Peek: “…it looks like female Muslim characters have just raised their boots to kick the door open in the publishing industry. Which leaves us to wonder about boys and books again…well, Muslim boy characters and books.”

Crafting Powerful Sentences by Tabitha Olson from Writer Musings. Peek: “These juicy sentences (I love that term, by the way) are the ones that evoke the most emotion, imagery, tension, etc.”

I Am Not My Book by Tara Dairman from Emu’s Debuts. Peek: “Note that I didn’t say that ‘my’ jacket arrived, or that ‘I’ got reviews, or that I’m planning ‘my’ launch parties. I did that on purpose, because—as I’ve been trying to remind myself daily of late—I am not my book.”

Love or Market: Which Is More Important? Agents Reveal Their Thoughts by Lisa Gail Green from Adventures in YA Publishing. Peek from Sarah Davies: “My fallback position is always, ‘If I see something to love here, if I respond emotionally, then I believe there will be an editor who feels the same way.'”


Interview with Debut Author Rebecca Petruck by Tamera Wissinger from Smack Dab in the Middle. Peek: “I love how willing middle grade readers are to suspend their disbelief and go with a story that catches their attention no matter how outrageous the idea—even if the ‘outrageous’ idea is only that they might ever live on a farm and raise cattle.” See also Interview with Award-Winning Author Shutta Crum by Brittney Breakey from Author Turf.

Disabled Characters in YA Literature by Carly Okyle from School Library Journal. Peek: “Reading and carrying literature in libraries that do disabled characters ‘right’ is something librarians can initiate as part of their own nod toward recognizing the disabled community.” 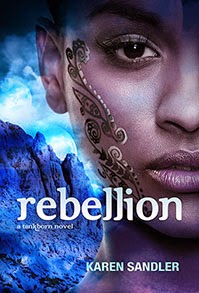 Ask an Editor: Worldbuilding After the Apocalypse by Stacy Whitman from Lee & Low. Peek: “We usually don’t need to know every detail of the apocalypse in the first chapter, or even by the end of the book.”

Confessions of an Edgy YA Writer from Lindsey Lane. Peek: “My goal is to write books that hold grit and dirt right next to faith and mystery.”

I Am Not My Book…Or Am I? by Laurie Ann Thompson from EMU’s Debuts. Peek: “As readers, I think we tend to equate the author with the work more often than we might care to admit. We ask ourselves, ‘Would I like this person?’ and we base our answer on whether or not we liked the book and the ideas it contained.”

Planing, Preparing and “Performing” School Visits by Caroline Starr Rose from Project Mayhem. Peek: “Check in with author friends who more experienced and ask them for advice. This is how I learned I needed a City of Albuquerque business license and an Albuquerque Public Schools vendor number. I also found out I would have to pay gross receipts tax for any visits conducted within the state of New Mexico.”

Note: “The Whitneys are an awards program for novels written by LDS authors.”

The Aurealis Award for Excellence in Speculative Fiction is an annual literary award for science fiction, fantasy and horror fiction for Australian works published the preceding year. There are four categories: science fiction, fantasy, horror, young adult and children’s fiction (ages 8-12 years). The YA and children’s categories cover works in all three speculative fiction genres and each have two separate awards, one for novels and one for short fiction.The Aurealis Awards were held at University House, Australian National Uuniversity on April 5. See full list of winners.

Writer Me is resting as Author Me and Personal Me take over for awhile.

This week has been filled with dear friends, administrative tasks, responding to media requests and event preparation, which, granted, includes speech writing.

The link lingering on my mind this week is Staying Published by Sophie Masson from Writer Unboxed, and on the geek front, there’s The Amazing Gwen Stacy Problem by Brett White from Comic Book Resources (warning: major spoilers).

I’m pleased to welcome YA author Pam Bachorz to the Austin area! We all look forward to getting to know her better. 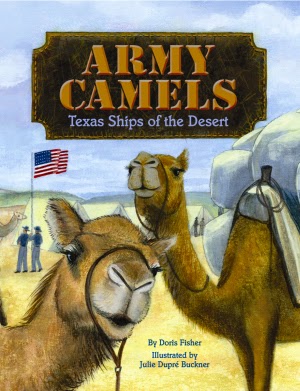 Congratulations to Cynsations Europe reporter Angela Cerrito  on the sale of “A Bright Flame” to Holiday House! The novel is based on her research in Warsaw Poland including interviewing Irena Sendler, a mastermind spy and member of the Polish resistance, who helped over 2,500 children escape
the Warsaw ghetto.

Congratulations to Texas YA debut author Kristin Rae on the release of Wish You Were Italian (Bloomsbury, 2014)!

Congratulations to fellow Austin author Mari Mancusi on the sale of “Cross My Heart” to Alyson Heller at S&S/Aladdin. “‘Cross My Heart’ tells the story of an eighth-grade snowboarder who returns to her elite mountain boarding school after an accident nearly destroys her dreams of Olympic gold, and finds herself faced with pressuring parents, frenemies, and first love. It’s slated for late 2015/early 2016; Kristin Nelson at Nelson Literary Agency brokered the deal for world rights.”